Tahira Kashyap celebrated her birthday surrounded by close family members and friends. Check out candid images from the night below.

Tahira Kashyap has turned a year older and on the happy occasion, she was surrounded by friends and family members as they celebrated and made merry. Her husband Ayushmann Khurrana launched the trailer of his upcoming film Shubh Mangal Zyada Saavdhan on Monday and they later celebrated Tahira's birthday and the positive response to the film's trailer with family and industry colleagues.

On the occasion of Tahira's birthday, Ayushmann and wifey were seen partying with brother-in-law Aparshakti, Nushrat Bharucha, Sanya Malhotra, Yami Gautam, Shakti Mohan, Twinkle Khanna, Guneet Monga and many others. Check out candid pics and videos of Ayushmann-Tahira from the night below: 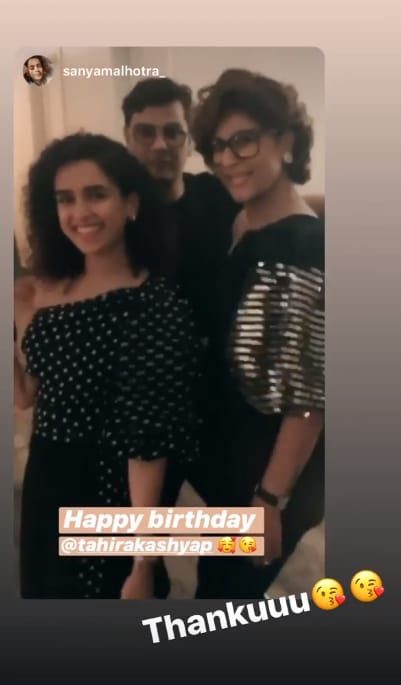 Tahira has previously directed the short film Toffee and the music video Kudiye ni, which featured her brother-in-law Aparshakti. On the Audible Suno app, she narrates My Ex-Breast, a seven-episode audio series by Tahira and Guneet Monga. In this series, Tahira takes you on an intimate journey through her experience of battling breast cancer.