Home » News » Movies » Is Disha Patani’s Baaghi 3 Song 'Do You Love Me' Copied from a Troyboi Number?
1-MIN READ

Is Disha Patani’s Baaghi 3 Song 'Do You Love Me' Copied from a Troyboi Number?

Disha Patani has sizzled the screen with her Do You Love Me song from Tiger Shroff-starrer Baaghi 3, slated for a March release.

Disha Patani has sizzled the screen with her Do You Love Me song from Tiger Shroff-starrer Baaghi 3, slated for a March release.

The teaser from the item number was released on Wednesday and quickly became the talk of the town. Disha can be seen sporting a black shimmery two-piece as she grooves to the beats of the track.

Hours after the release of the Baaghi 3 teaser, an Instagram user named Diet Sabya, who often points out plagiarism in Bollywood, has called out the actor by uploading a video of the teaser alongside British artiste TroyBoi's music video.

Troy Henry aka TroyBoi too took to his Instagram handle to express his views on the Baaghi 3 song.

Troyboi shared on his Instagram stories that he was stunned by the Do You Love Me song. He tagged choreographer-director Parris Goebel and ReQuest Dance Crew Company alongside Disha's post. 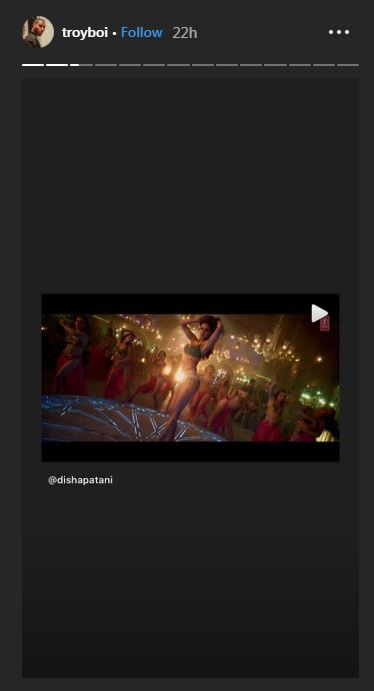 The producers of Baaghi 3, Nadiadwala Grandson, released the track on Thursday. They have said their song is a version of Lebanese composer Rene Bendali’s song of the 1970s .

“Get ready to bring the house down with the sassiest song of the year. #DoYouLoveMe out now. Original Music & License Courtesy- #ReneBendali,” read the tweet.

Bendali was a composer and songwriter who is known for hits such as Do You Love Me and Atona Al Tofoleh.

As far as Disha's other movie projects are concerned, the actress is gearing for Salman Khan starrer- Radhe: Your Most Wanted Bhai, helmed by Prabhu Deva.