Actress Jacqueline Fernandez penned a note on Instagram informing fans that she had tested negative for Covid-19 after two members of her crew contracted the Coronavirus infection.

As India gradually opens from the Coronavirus lockdowns, many film and television programmes have started their schedules with extreme precautions. However, people in many of these teams have contracted Covid-19 leading to a halt in production.

Most recently, two people from Jacqueline Fernandez's shoot crew had tested positive for Covid-19. The actress took to Instagram to inform fans that while she has tested negative, the schedule has been postponed. She further thanked the Brihanmumbai Municipal Corporation officials for their help and guidance.

She wrote, “We were beginning to adopt the new normal and getting back to work for a brand shoot and as a precautionary measure, the entire shoot crew was getting tested. I would like to inform you that two people from the shoot crew have unfortunately tested positive for COVID-19. We have delayed the shoot as safety of the people is of utmost importance. Both the infected members are currently self isolating and being treated. The rest of the crew and I have tested negative but are taking all the necessary safety measures and following the guidelines strictly. I would like to thank the BMC officials for all their help and guidance.” 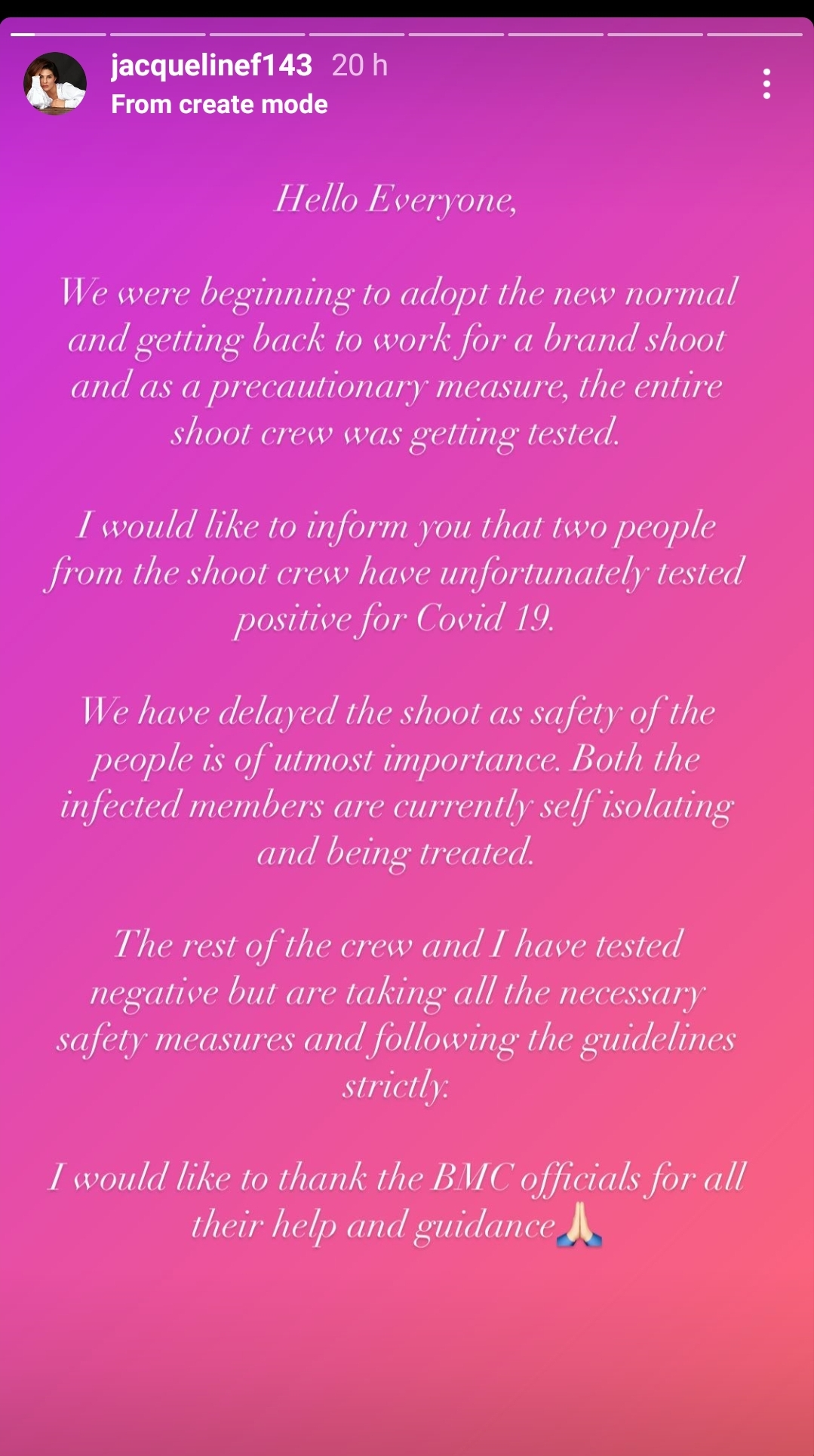 On the work front, the actress will be next seen in Lakshya Raj Anand's Attack with John Abraham and Rakul Preet Singh. She will also be seen in Sajid Nadiadwala's Kick 2 with Salman Khan, which was announced on her birthday. On Wednesday, it was announced that Jacqueline will star in Bhoot Police with Saif Ali Khan, Arjun Kapoor and Yami Gautam.