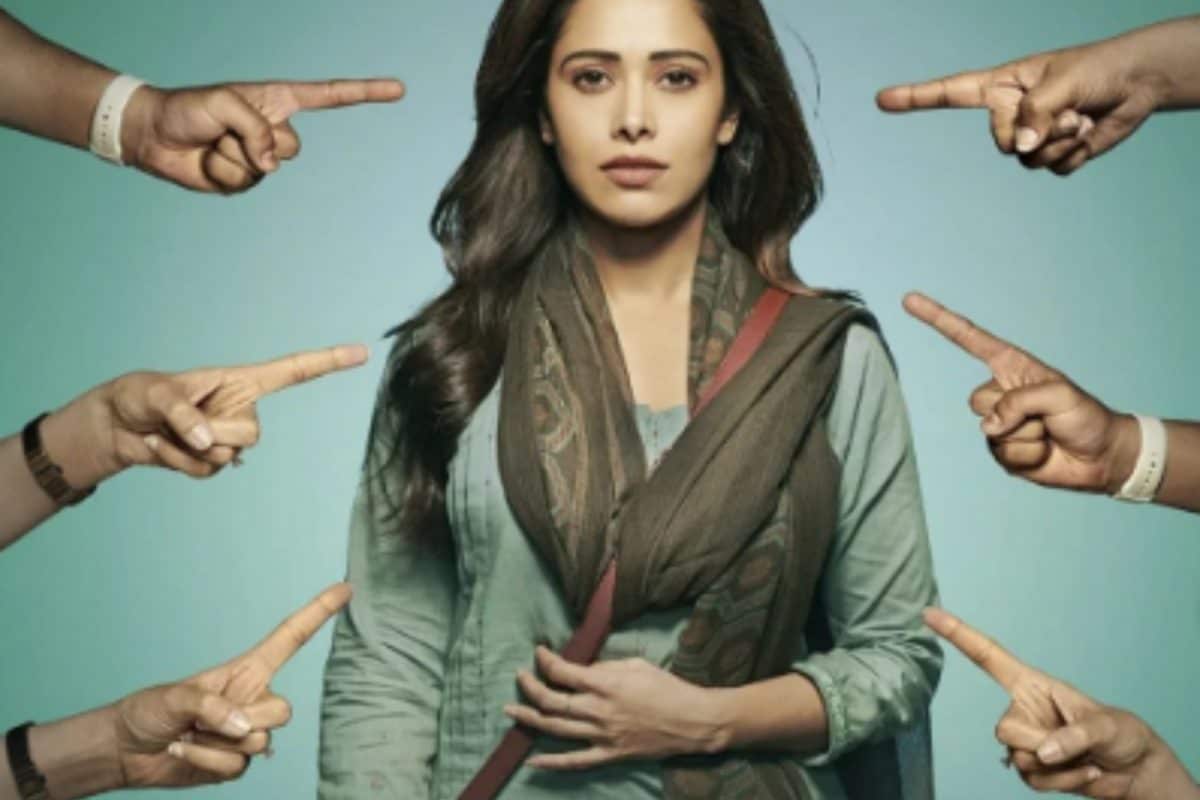 In India, one feels awkward when a condom ad playing on TV, especially if they are surrounded by your family. The reason is simple — most ads show a couple prepping for a steamy night together. This awkwardness also transfers when one goes to the chemist to buy a condom. But, what if we change the entire marketing strategy? What if condoms are marketed as alternative contraceptives and help avoid unwanted pregnancies besides protecting against STDs (sexually transmitted diseases)? Well, these questions and marketing technique forms the base of Janhit Mein Jaari.

Janhit Me Jaari has Manokamna Tripathi (played by Nushrratt Bharuccha) at the heart of its narrative. It is her journey of taking up the job of a condom sales executive. She takes up the job since it paid well. She is also spared from the constant pressure of getting married. She eventually does get married to Ranjan (played by Anud Singh Dhaka) and ends up leaving it after her in-laws claim that it brings shame upon them. However, after witnessing a personal loss that could have easily been avoidable with the use of a condom, she realises the importance of marketing and spreading awareness about a condom. Ranjan and Manokamna’s best friend (played by Paritosh Tripathi) support her through the journey.

While the film has its best interest at heart, spot-on dialogues, and good acting, Janhit Mein Jaari falls short with its writing. This is like a khichdi that you are looking forward to eating on a nice rainy day, but somewhere find a few half-cooked veggies. This takes away the consistency that you were hoping to get. Nevertheless, the film is not completely unenjoyable either.

Raaj Shaandilyaa, who had earlier written and helmed Ayushmann Khurrana and Nushrratt Bharuccha starrer Dream Girl, has written Janhit Mein Jaari and brings his trademark humour to the table. His representation of a small town is spot on. The dialogues are impactful, and will definitely make you laugh. But, like Dream Girl, the problem lies with how hurried some parts are. A lot feels under-explored. For example, there is consistent character development for Nushrratt’s Manokamna aka Manu but Anud Singh Dhaka’s Ranjan feels very half-baked. The scenes where Manu has to convince her mother, and later Ranjan as to why she wants to continue with her job get a resolution in the blink of an eye! It would make you think about how can something escalate and diffuse so quickly over.

Janhit Mein Jaari is a Nushrratt Bharuccha film, where she is given the entire field to showcase her talent. She makes good use of the opportunity and is spontaneous as Manu. From being a girl who just wants to stand on her feet, to becoming the person who thinks that this is a responsibility, Nushrratt confidently shoulders this film.

Anud Singh Dhaka, like Taj Mahal 1989, has an introduction scene on the bus. His character, Ranjan, will remind you of his character in Taj Mahal, but he does put all his effort into it. What is disappointing is the fact that Ranjan’s character is not well developed. Therefore, the audience does not get to connect with his character, or pitch for the lead couple here. Paritosh Tripathi’s coming timing is perfect, and he brings in much of the relief in Janhit Mein Jaari. There is also Vijay Raaz, Bijayendra Kala and Tinu Anand amongst others, who are sailing through the film effortlessly, which makes the film flow steadily.

Director Jai Basantu Singh could have knit the narrative more tightly, but he does a good job. The music is underwhelming, as is the editing which could definitely have been crisper.

The second half gets too preachy. While one would expect a balance of humour and message in the film, it is one of the points that is missing. Overall, the film makes for a decent, entertaining watch, and it is an important message that is being put across. Watch the film for the spot-on depiction of a small town, and for the punchlines that will make you laugh.