Janhvi Kapoor went on a dupatta shopping spree in Punjab and also posed wearing one in a mustard field.

Janhvi Kapoor seems to be making the most of her stay in Punjab for the shooting of her upcoming film Good Luck Jerry. The actress went shopping for ethnic wear, as well as posed in a mustard field and shared photos.

The 23-year-old shared a picture where is seen in a local shop surrounded by phulkari dupattas in vibrant colours. The actress is all smiles as she poses for the camera. Her Insta Story has a kitty sticker jumping with joy holding a lot of shopping bags. 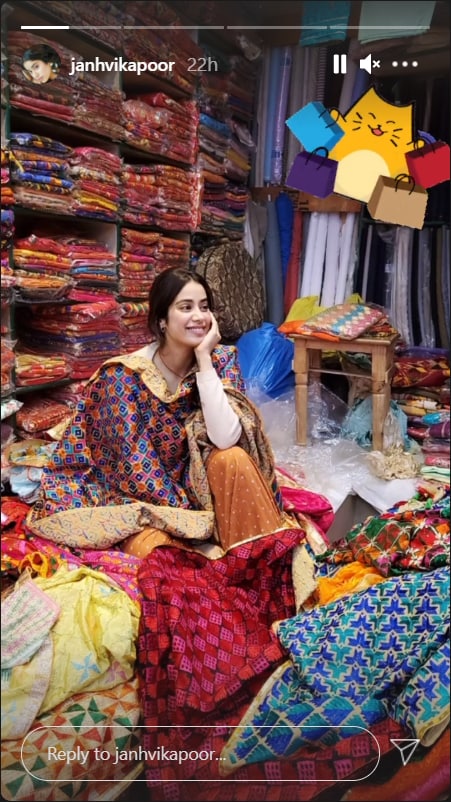 She also shared a post of her wearing a white salwar kameez as she posed in a 'sarson ka khet' wearing a blue phulkaroi dupatta. Going by the ethnic looks in her posts, Good Luck Jerry will probably have the actress in a desi avatar.

The actress had earlier shared pictures of her visit to a heritage place. She shared that no place in the world makes her jump with joy the way Punjab does.

Her other upcoming films are Roohi Afzana and Dostana 2. Amidst the Covid-19 lockdown, her flick Gunjan Saxena: The Kargil Girl was premiered on an OTT platform.