Justin Bieber Updates Fans On How He's Feeling After Facial Paralysis: 'This Storm Will Pass But...'

Justin Bieber revealed in an Instagram video that he has been diagnosed with Ramsay Hunt syndrome, which has caused him to have a partial facial paralysis.

Pop sensation Justin Bieber took to Instagram on Monday to share an update about his health after he revealed he was recently diagnosed with Ramsay Hunt syndrome, which has left the right side of his face paralysed.

“Wanted to share a little bit of how I’ve been feelin,” Bieber wrote. “Each day has gotten better and through all of the discomfort I have found comfort in the one who designed me and knows me. I’m reminded he knows all of me. He know the darkest parts of me that I want no one to know about and he constantly welcomes me into his loving arms. This perspective has give me peace during this horrific storm that I’m facing.”

The singer added: “I know this storm will pass but in the meantime, Jesus is with me.” Bieber captioned the social share: “By this point in my life I realize storms come and go. Jesus continues to remind me that he is with me in the midst of the storm. It’s not about the storm. It’s that we are NEVER ALONE AND HE UNDERSTANDS.” 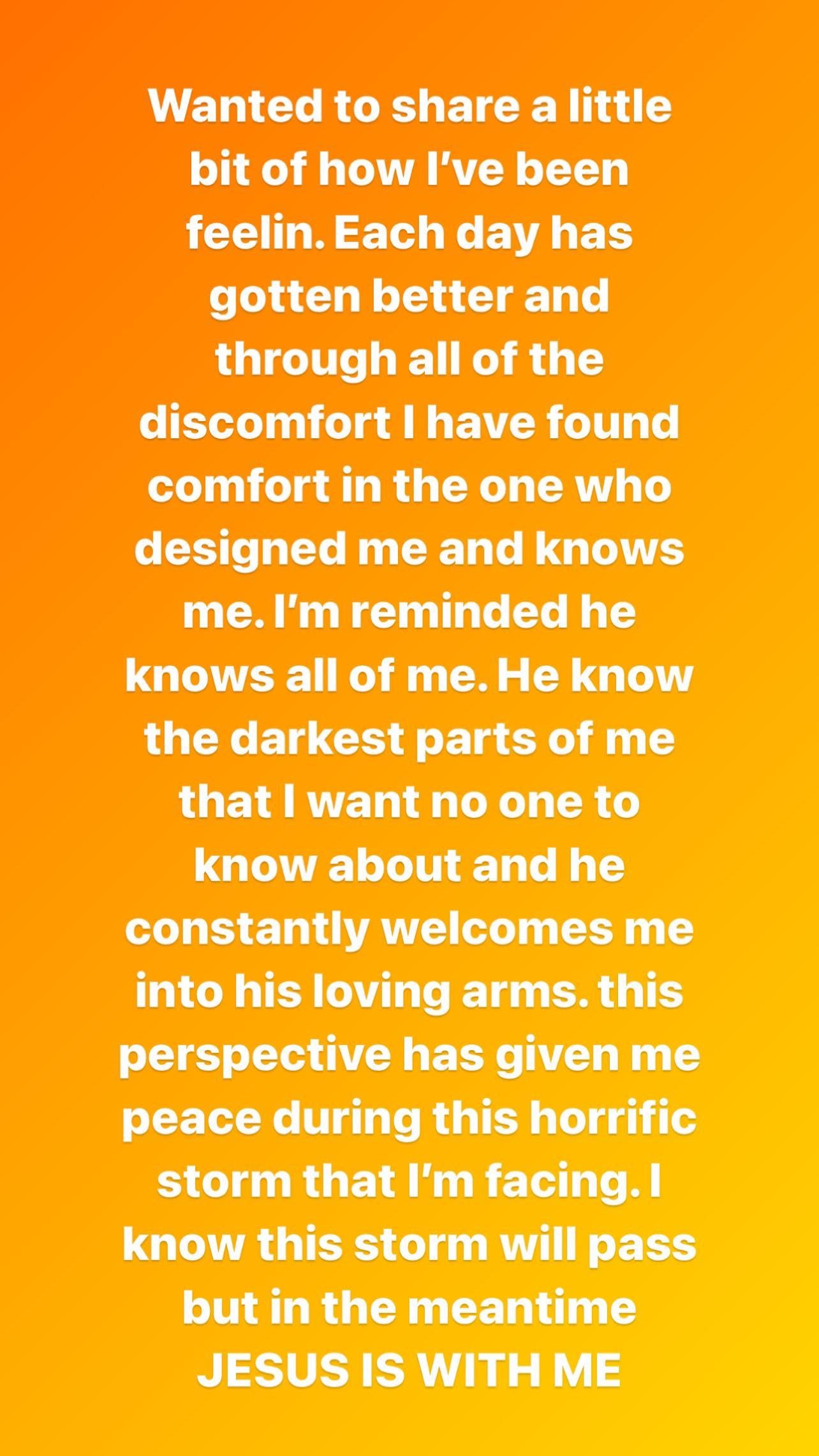 Meanwhile, Justin Bieber will not be performing in New York City this week, amid his ongoing health battle. The 28-year-old singer was originally slated to perform at the city’s famed Madison Square Garden on Monday and Tuesday.

A text accompanying a post on the venue’s official Instagram Sunday read, “Due to Justin’s ongoing medical situation, this week’s Justice Tour shows at Madison Square Garden in New York City will be postponed.”

“Justin is receiving the best medical care possible and is determined to resume the tour as soon as he and the doctors feel he is able to continue,” the statement, attributed to Bieber’s tour promoter AEG Presents, continued. “Details on the rescheduled MSG shows will be made public shortly.”