Everyone knows that Justin Bieber and Selena Gomez were once one of the hottest teenage celebrity couples. Though they maintained an on-and-off again relationship, the couple was always able to find their way back to each other.

However, they officially parted their ways in March last year, following which Bieber started dating American model Hailey Baldwin and subsequently tied the knot in September.

But it looks like even Baldwin is a fan of Gomez as she quietly liked the It Ain't Me singer's best friend Raquelle Stevens' Instagram post, promoting the launch of her Vodcast, Giving Back Generation.

Along with the announcement post, Raquelle shared a photo of her BFFs, including Gomez, Courtney Lopez and Ashley Cook, who are a part of the new venture. 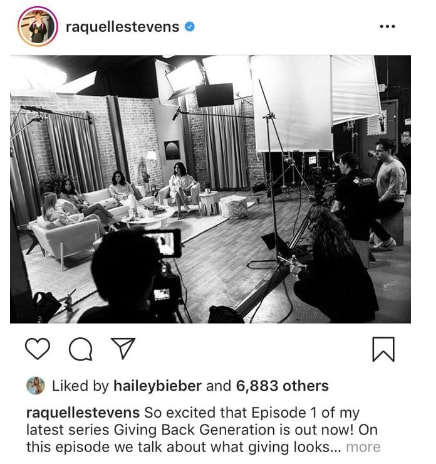 This isn't Baldwin's first time supporting Gomez on social media. Last year, Baldwin followed, then immediately unfollowed, a Selena Gomez fan account. She then direct messaged the owner, saying "so sorry," and that the follow had been an accident.

While Bieber found a soulmate in Baldwin, Selena has decided to be single ever since. Baldwin and Bieber are often seen as being close to each other and involving in a lot of PDA. The married couple keeps flooding their social media account with each other’s picture, showing their love for each other.