Kamal Haasan Shaves Off His Trademark Mustache As He Gears Up for Indian 2 Shooting, See Pics

Actor Kamal Haasan has shaved off his signature mustache as the filming of 'Indian 2' is all set to resume soon.

Kamal Haasan has gone back to clean-shaven mode to return to the role of Senapathy as the filming of Indian 2 is all set to resume soon.

In the weekend episode of the third edition of Bigg Boss Tamil, which he hosts, Haasan made the appearance in the clean-shaven look. He went on to reveal that he shaved off his mustache as he was getting ready to begin work on his pending commitments.

A sequel to 1994 Tamil blockbuster Indian, the project stars Kajal Aggarwal as the female lead. The film also features Rakul Preet Singh, Siddharth and Priya Bhavani Shankar among others. 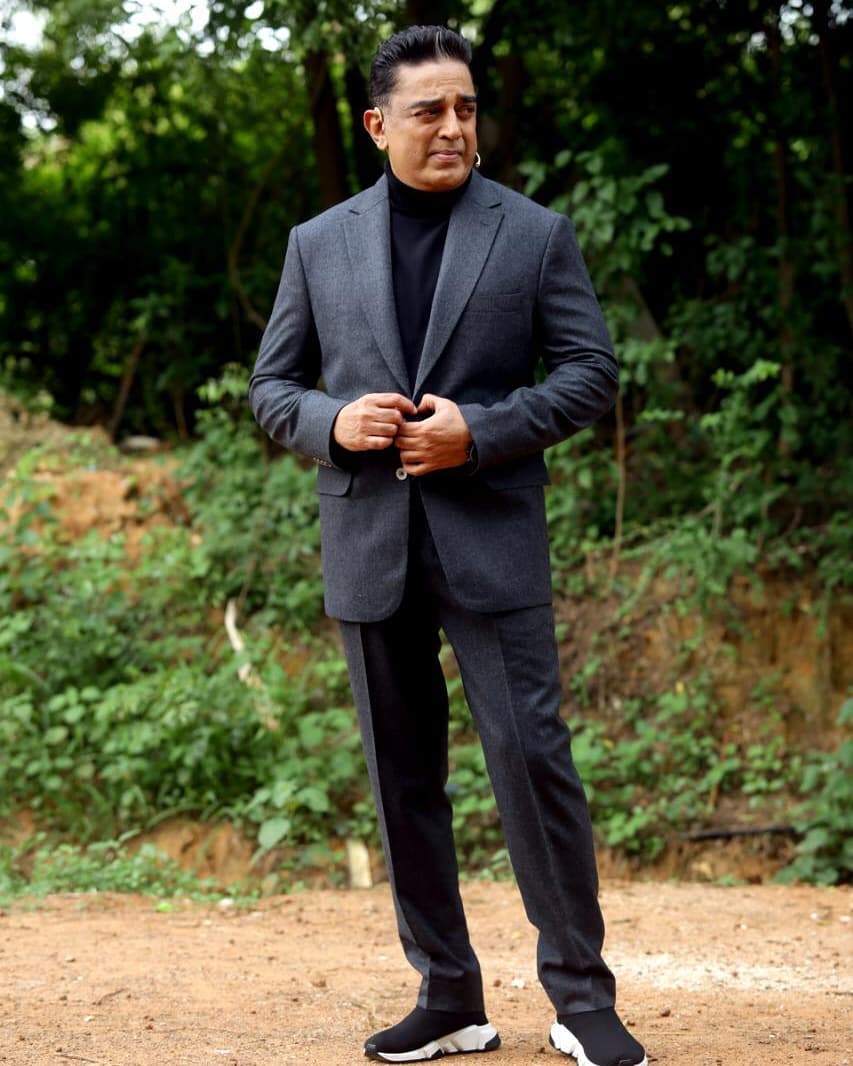 The project will mark Haasan's reunion with music maestro AR Rahman after 19 years. The two previously worked together in Thenali in 2000.

“Thanks ARR for strengthening the team with your participation. Very few projects feel good and right even as we develop it. Thalaivan Irukkindran is one such. Your level of excitement for the project is very contagious. Let me pass it on to the rest of our crew,” Haasan tweeted while announcing the project.

Thanks ARR for strengthening the team with your participation.Very few projects feel good & right even as we develop it.Thalaivan Irukkindraan is one such.Your level of excitement for the project is very contagious.Let me pass it on to the rest of our crew @RKFI @LycaProductions https://t.co/SGI3Gn6ezZ

Notably, Haasan had earlier announced that Indian 2 would be his final acting gig and he would dedicate all his time for his political career.

Indian 2 went on floors in January this year, but its shooting came to a halt within a few days allegedly due to a disagreement over the budget between Shankar and Lyca Productions.