Kapil Sharma asks to be grandfather Anil Kapoor if he feels any older. (Image: Instagram)

Kapil Sharma questioned Anil when he came to know that he is going to become a grandfather, did he feel any older or he became five years younger?

Anil Kapoor is all set to grace The Kapil Sharma Show along with his co-star Satish Kaushik to promote their upcoming project, Thar. The new promo shared by the channel confirms another fun-loaded episode with the comedian, Kapil Sharma. One of the snippets in the promo features Kapil asking Anil how did he feel upon hearing about his daughter Sonam Kapoor’s pregnancy. The comedian questioned Anil when he came to know that he is going to become a grandfather, did he feel any older or he became five years younger? The veteran had a hilarious reply to the query. 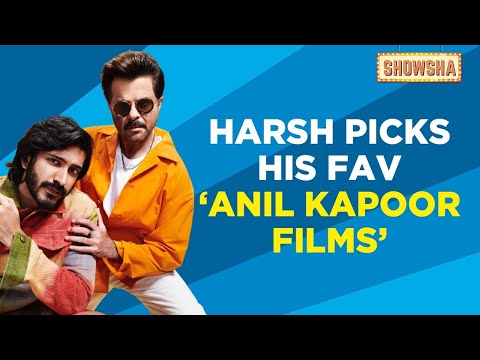 A month back, Sonam and her husband Anand Ahuja announced their pregnancy, which took the internet by storm. Announcing the good news on social media with a gorgeous snap, Sonam wrote, “Four hands. To raise you the very best we can. Two hearts. That will beat in unison with yours, every step of the way. One family. Who will shower you with love and support. We can’t wait to welcome you.” The baby is due in 2022 fall.

Meanwhile, Anil will be seen sharing screen space with his son, Harshvardhan Kapoor in Thar. Actor Fatima Sana Shaikh and Mukti Mohan are the leading ladies in the movie.

In Thar, Harshvarrdhan (Siddharth) will play the role of an antique dealer who scouts old, abandoned forts in a remote Rajasthan village. The region gets rocked by a series of violent killings. As the local cop Anil (Surekha Singh) investigates these killings, he crosses paths with Siddharth. The clash which unfolds is expected to be one entertaining sight to watch.

Check out the trailer:

The Netflix film is slated to release on May 6 alongside other projects like Along for the Ride and The Takedown.