Entrepreneur and model Malaika Arora, who is also a part of Kareena’s friend group, was missing from the Tuesday night party. The 48-year-old suffered minor injuries after she was involved in a car accident. However, businesswoman Natasha returned to the bay after spending her time in London, which called for a glamorous get-together.

Kareena also shared a glimpse of her sequined black slit dress and her statement neckpiece. The actress captioned the picture on Instagram Story, “In my most favourite neckpiece.” Kareena was spotted wearing the ‘Mughalicious Delicious pendant’ by Hanut Singh. 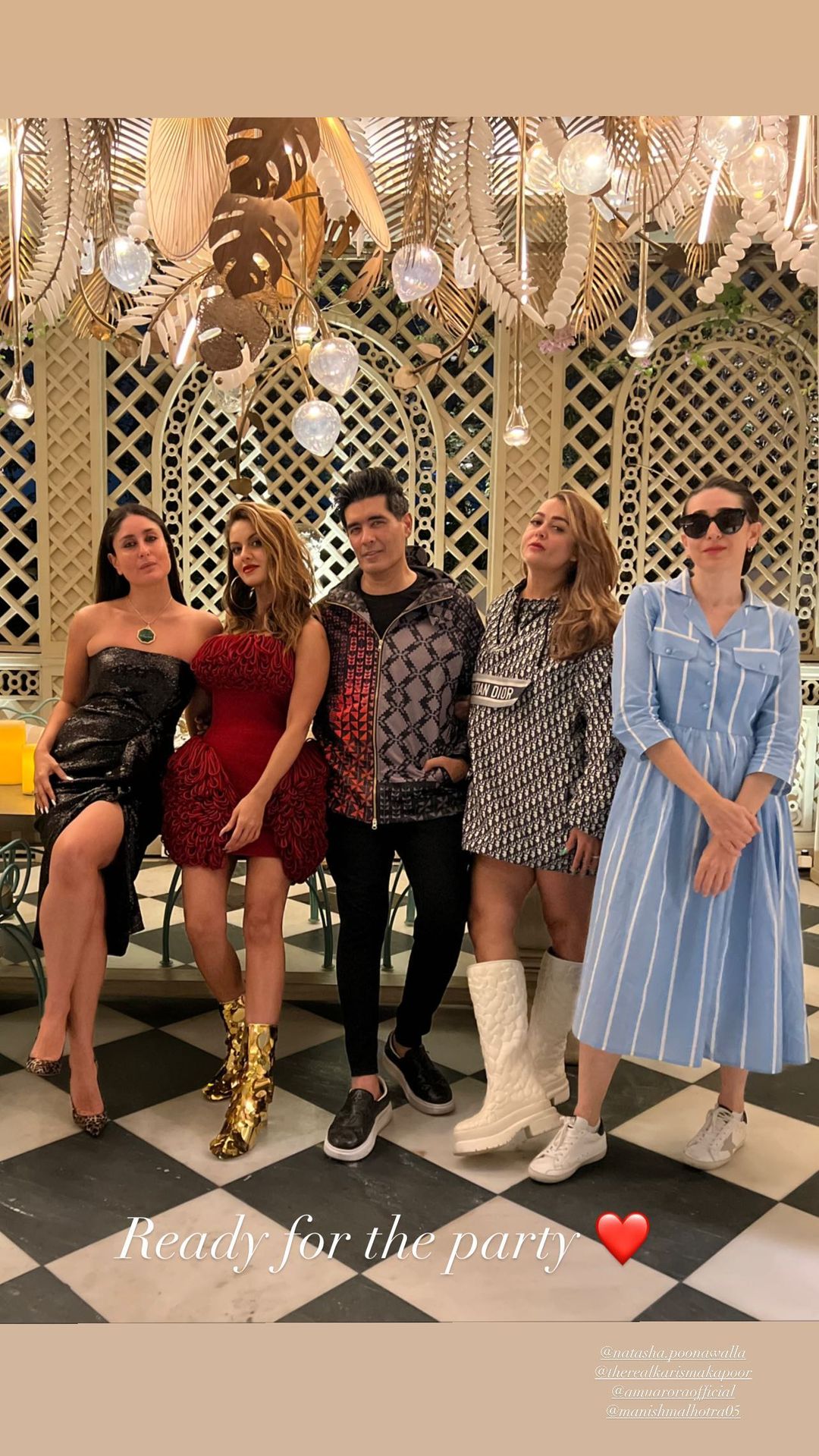 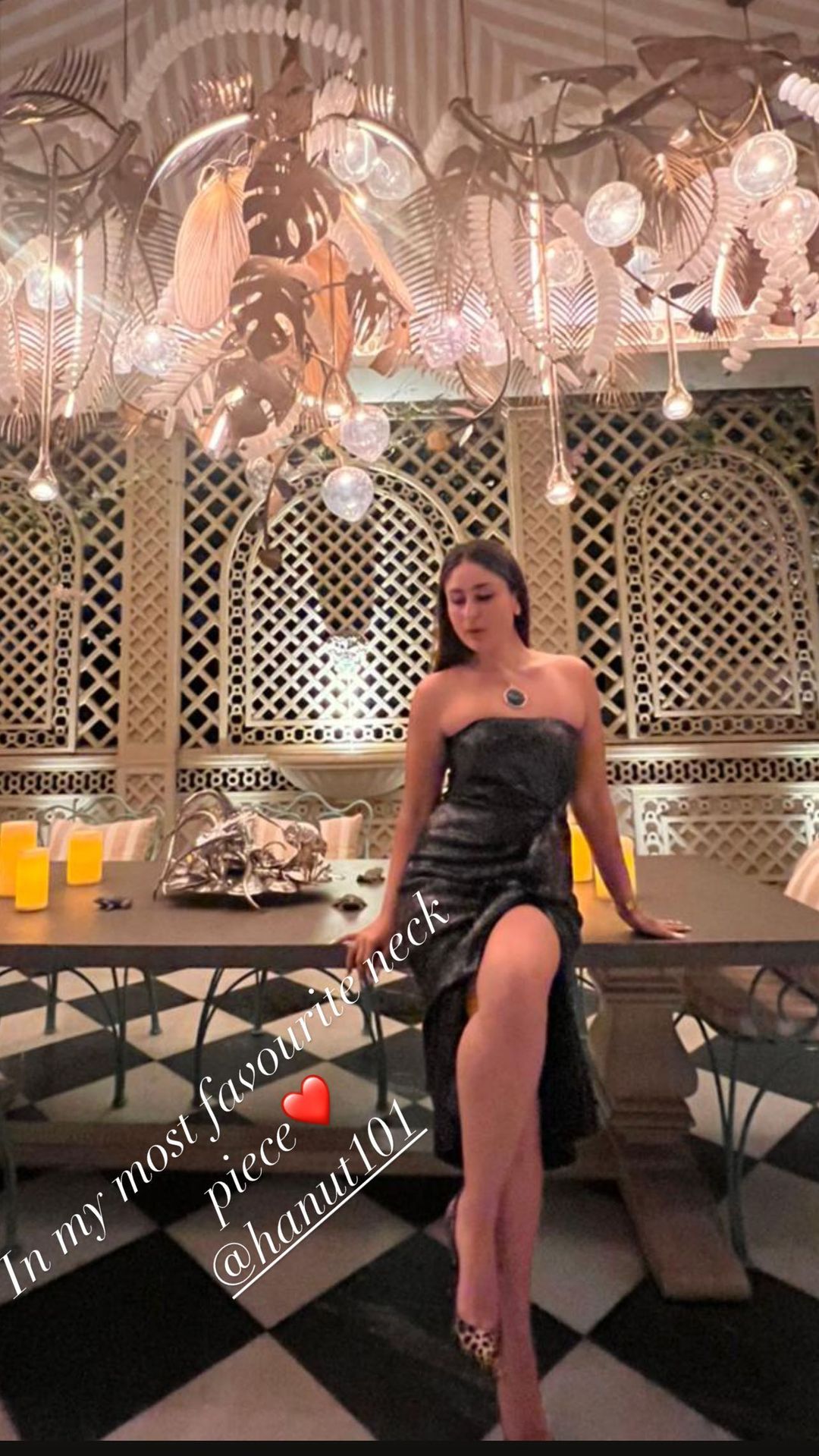 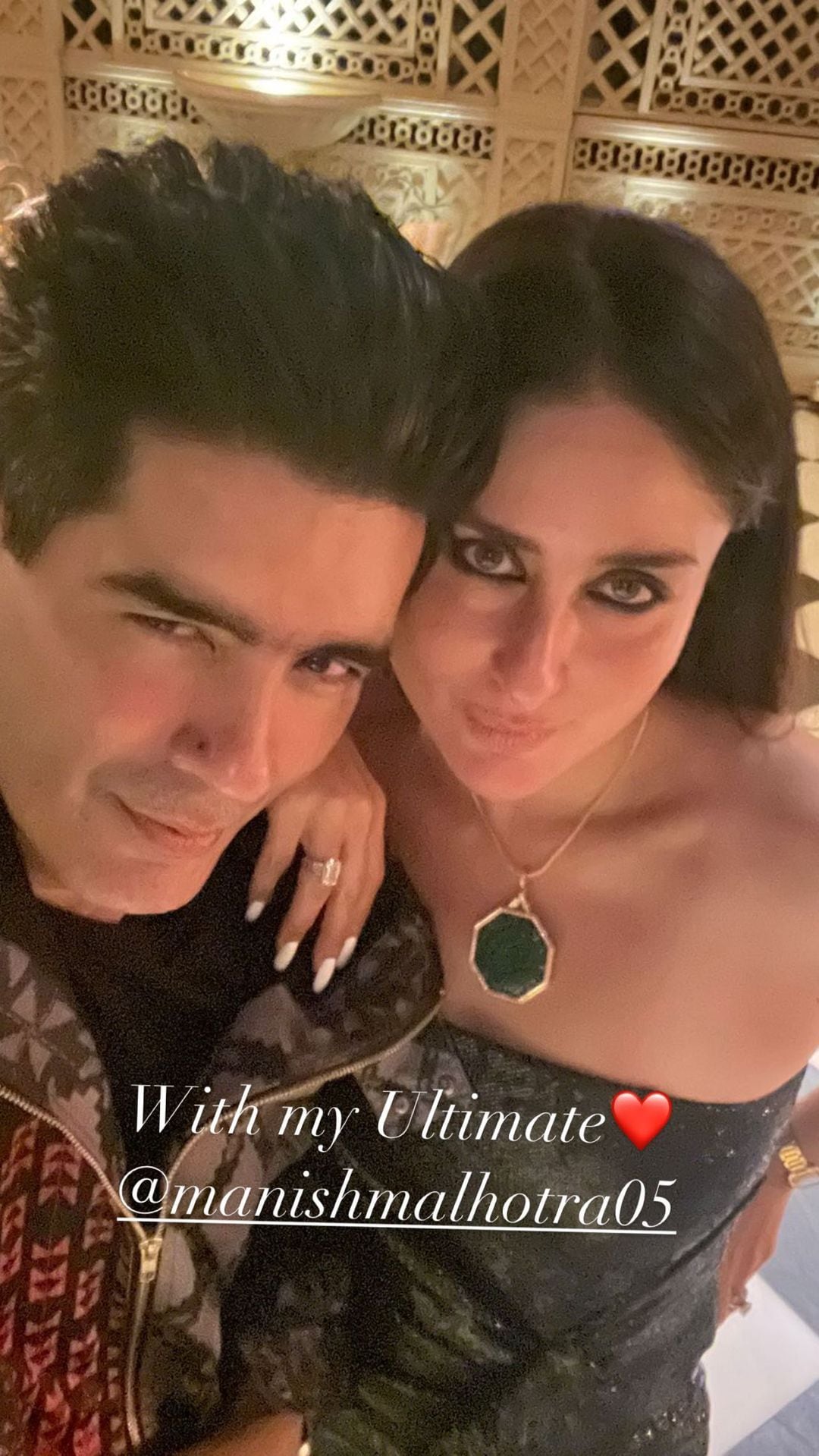 Amrita also shared a few glimpses from the party. The actress posed for a picture with Manish and shared it on Instagram Story. Amrita was sporting a large Christian Dior sweatshirt dress which she paired with a pair of white boots.

Meanwhile, Natasha shared the picture with her group of friends on Instagram Story and described it as a “casual night in.” Natasha was dressed in a deep red strapless dress which came with ruffled fabric at the hems. The businesswoman completed her look with a pair of contrasting golden boots.

Karisma attended the event wearing her work clothes as she explained on Instagram Story. The actress shared the picture with her group of friends on the social media platform and added in the caption, “When you don’t have time to dress for your besties.” The caption was followed by a hashtag that read, “Straight from work.” Karisma was spotted wearing a sky blue and white striped button-down midi dress along with a pair of white sneakers.