Kareena Kapoor Khan, Malaika Arora Have a Fun Sunday Dinner with Their Gang of Girls

Kareena Kapoor had a gala Sunday evening at Malaika Arora's place along with Amrita Arora, Mallika Bhat, and Maheep Kapoor.

Kareena Kapoor Khan’s strong bond with her lady squad has always given us solid friendship goals to her fans and followers. The actress and her sister Karisma Kapoor has been good friends with Malaika Arora and her sister Amrita Arora for ages. They often feature on each other’s social media handles, and the glimpses of their outings and reunion show how much they enjoy each other’s company. Recently, the actress had a gala Sunday evening at Malaika’s place along with Amrita, Mallika Bhat, and Maheep Kapoor.

She took to her Instagram stories section to share several snippets of her evening. Sharing a picture of the entire group, she wrote, ‘Ok you can sit with us’. In the second picture, she mentioned they are meeting at Malaika’s place. 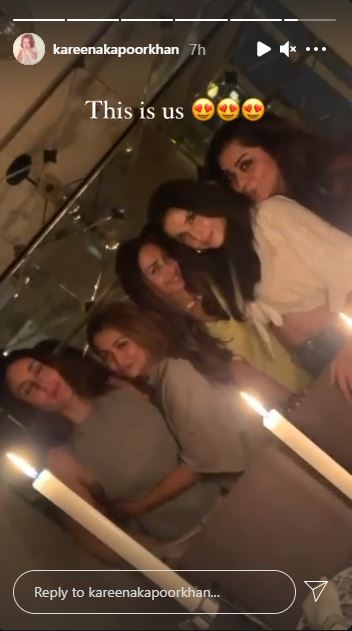 Malaika, too, shared some of these pictures on her Instagram stories section. 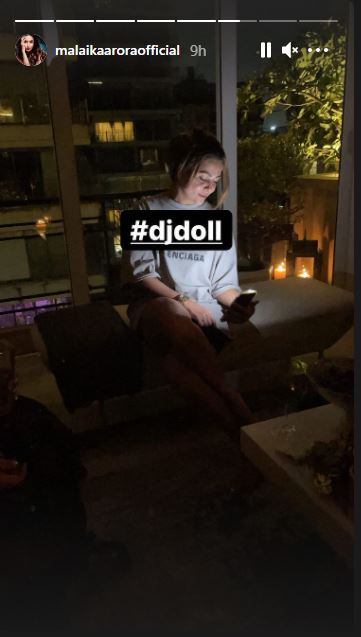 On the work front, Kareena was last seen in the 2020 film Angrezi Medium co-starring Irrfan Khan. She will next be seen in Advait Chandan’s upcoming film Laal Singh Chaddha starring Aamir Khan, which is a Hindi remake of the Hollywood film Forrest Gump. She also published her book recently, titled Pregnancy Bible which she had penned after the birth of her second son, Jeh. It was earlier this year when Kareena and Saif Ali Khan welcomed their second child.