Kartik Aaryan had a fun Christmas eve and pictures doing rounds on social media is proof of that. The actor, whose recently released film Pati Patni Aur Woh has yet earned Rs 80 crore, was seen partying with Kriti Sanon, Vaani Kapoor, Karan Johar, Nupur Sanon, Dinesh Vijan, Bhumi Pednekar, Rohini Iyer, Sophie Chowdhry and many others on the festive occasion. One picture from the night shows Kartik surrounded by seven women on the sides as they pose all smiles for the camera. He was teased over it and the image was captioned as "May your Christmas be as merry as Kartik's".

Read: Kartik Aaryan Reveals His Mother's Reaction to Reports of Him Dating Actresses

Kartik was seen in a casual look during the night. He wore a shirt and trousers and gave off cool vibes in his spiked hair. Earlier, Kartik also spread Christmas joy as he spent time with kids at an NGO. The troupe along with the actor danced to Dheeme Dheeme as Kartik was seen having a fun time with the little fans.

Later, Kartik reunited with Kriti, Bhumi, Karan and Dinesh later and several pics from the night are going viral. One attendee from the night teased Kartik over the pic which had him surrounded by women. Kartik's relationship status has been interest of many of his fans for sometime, be rest assured this one only raises the anticipation. Despite being linked up with actresses Sara Ali Khan and Ananya Panday, Kartik prefers to keep his life private and had even claimed during an interview with Kareena Kapoor for What Women Want that according to media his girlfriend changes with every coffee date.

Kartik is preparing for the release of his untitled film opposite Sara in February. Check out pics of Kartik and others from the eve of Christmas below: 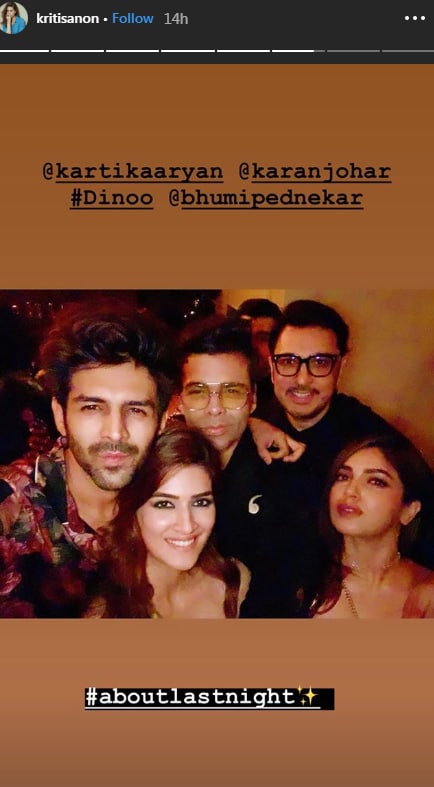 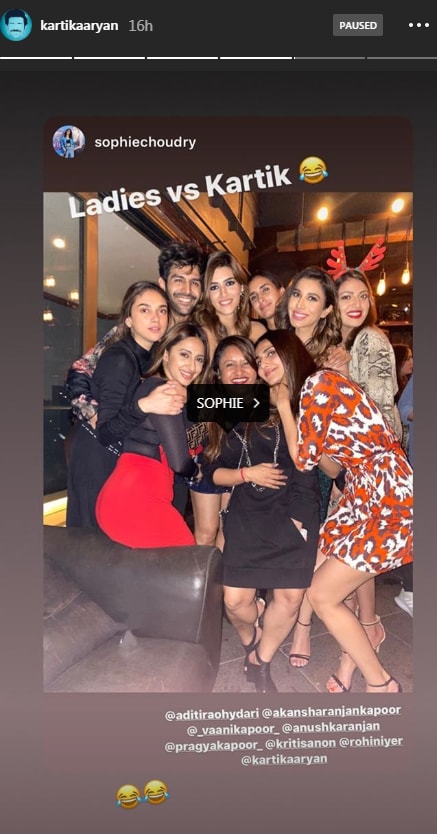