Katrina Kaif is celebrating her 39th birthday today. Kareena Kapoor, Anushka Sharma, Malaika Arora and many other celebs sent birthday greetings to her.

Bollywood star and entrepreneur Katrina Kaif is celebrating her 39 today. The Hong Kong-born actress has emerged as one of the most iconic artists in the Hindi film industry. Katrina made her debut in Bollywood in 2003 and went on to star in movies like Namaste London, Zindagi Na Milegi Dobara, Rajneeti and more. What makes Katrina Kaif a bonafide star is her undeterred commitment to hard work. As the actress is celebrating her birthday today, her friends from the industry made sure that they make it extra special for her by sending out sweet messages on social media.

Kareena took to Instagram stories and shared a monochromatic picture of hers with the birthday girl. Alongside the pic, she wrote, “Happy birthday Kat!” 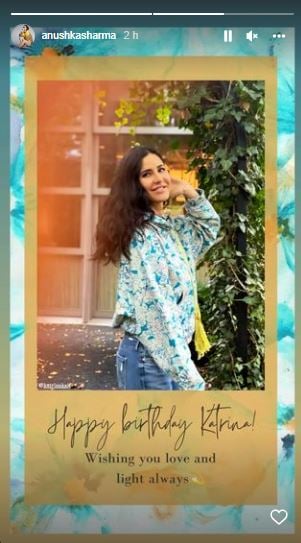 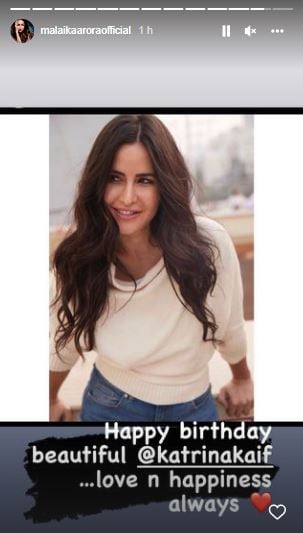 Mom-to-be Sonam Kapoor shared a cute picture with Katrina twinning in pink attires as she showered birthday love on the actress. Singer and actress Sophie Chourry posted a beach picture of Katrina and penned down a heartwarming birthday note for her on her special day. Rakul Preet Singh shared a pretty picture of Katrina dressed in a white pullover and showered birthday wishes on her. 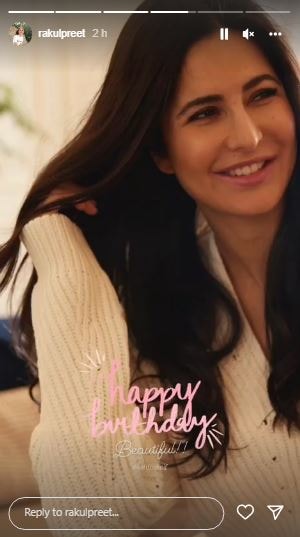 The actress is celebrating her birthday with her hubby Vicky Kaushal in the Maldives. The couple was spotted at Mumbai airport holding hands as they entered the airport to board a fight.

On the work front, Katrina will next be seen in Phone Bhoot starring Siddhant Chaturvedi and Ishaan Khatter. In Tiger 3 she will be playing the lead opposite Salman Khan. She is also working on Sriram Raghavan’s Merry Christmas and Farhan Akhtar’s road trip centred film Jee Le Zaraa. In this movie Katrina will share screen with Alia Bhatt and Priyanka Chopra Jonas.

In Merry Christmas, she will be sharing the screen with Vijay Sethupathi for the first time and this will also mark Katrina’s Tamil debut. The film is expected to be released in theatres on Christmas Eve.

On the other hand, Vicky has a few big films in his kitty. Vicky is working in Govinda Naam Mera with Bhumi Pednekar and Kiara Advani. He also has an untitled project with filmmaker Laxman Utekar in which Sara Ali Khan will be playing the female lead. The Uri actor also has Meghna Gulzar’s Sam Bahadur in the pipeline.