Katrina Kaif and Vicky Kaushal are officially married, the Bollywood stars confirmed their wedding on social media on Thursday.

After weeks of speculation, Bollywood actors Katrina Kaif and Vicky Kaushal are finally married. The star couple and their closest family and friends gathered in the picturesque city of Sawai Madhopur, Rajasthan to host a three-day wedding spectacular, all beginning on Tuesday (December 7).

The celebrity couple tied the knot at a private ceremony at the Six Senses Fort Barwara Hotel. Soon after performing the wedding rituals, Katrina and Vicky shared their official pictures as newlyweds on their respective social media accounts. Sharing the photos, the couple wrote: “Only love and gratitude in our hearts for everything that brought us to this moment. Seeking all your love and blessings as we begin this new journey together.” 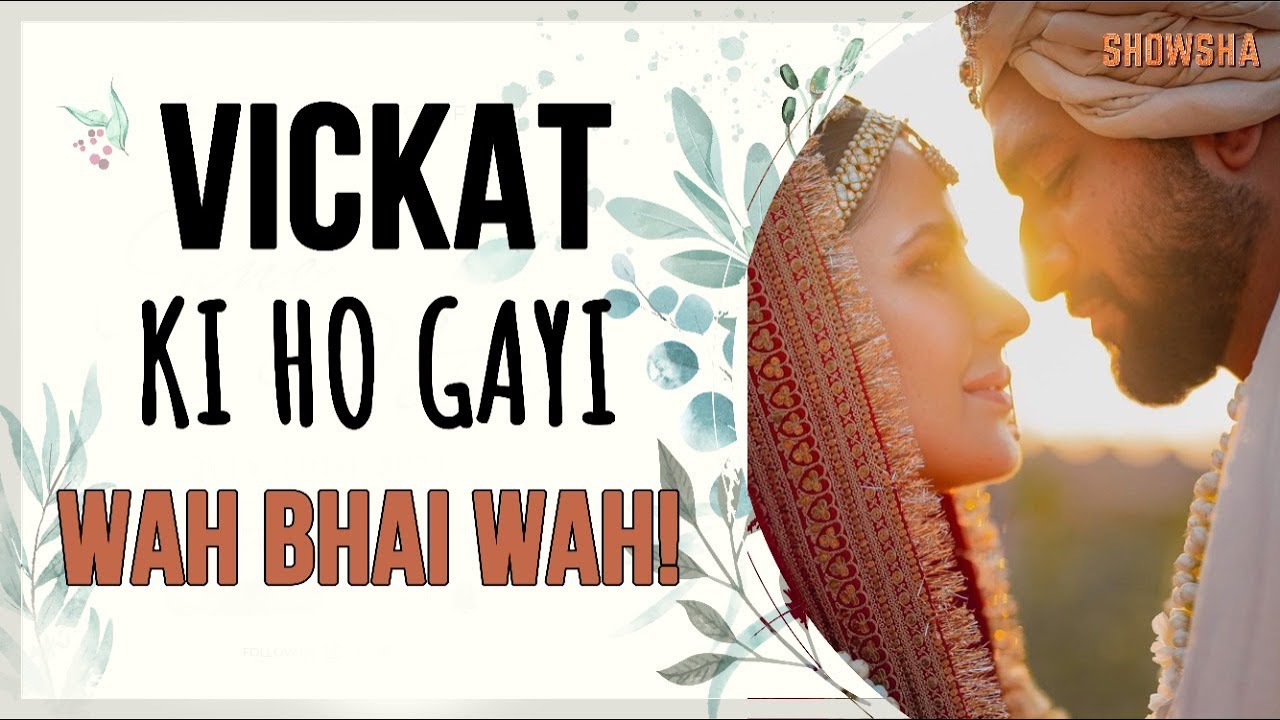 Congratulatory wishes have been pouring in from all quarters for the newly married couple. Alia Bhatt, Kareena Kapoor Khan, Deepika Padukone, Priyanka Chopra Jonas were among the first celebs to send wishes to the couple. Alia, who is currently dating Katrina’s ex-boyfriend Ranbir Kapoor, was quick to like the ‘Tiger Zinda Hai’ star’s wedding pics. “Oh my god, you guys look so, so, so beautiful,” wrote Alia alongside a series of red heart emojis.

Ranbir’s cousin, actress Kareena Kapoor Khan commented, “You did it!!! God bless you both!” While Priyanka said, “So happy for you! Mere yaar ki shaadi hai! Congratulations both of you! You’re perfect together!” On the other hand, Deepika Padukone wished Katrina and Vicky “a lifetime of love, laughter, loyalty, respect, and companionship.” 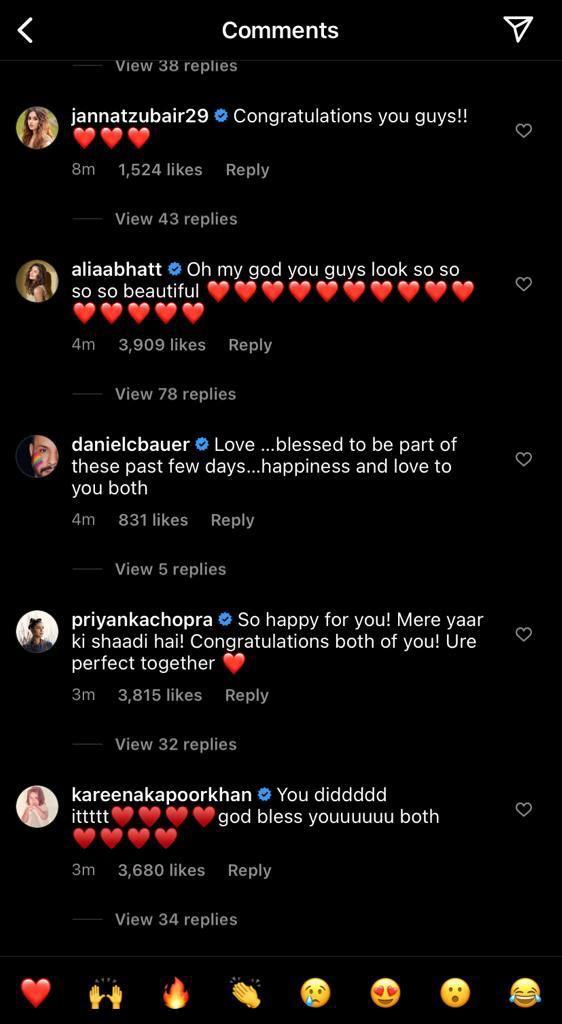 Tiger Shroff simply commented, “Congratulations.” While director Abhishek Kapoor wrote, “Huge congratulations, Katrina and Vicky. God bless you both!” Parineeti Chopra wrote, “Katy- only love and more happiness to you!” Katrina’s co-star Hrithik Roshan commented, “So amazing! Sending you both all my love!!! Have to dance together soon!”

For the wedding, Katrina Kaif wore a traditional red lehenga crafted by ace designer Sabyasachi Mukherjee, while Vicky opted for a beige sherwani. Their pre-wedding festivities started officially on December 7 when Bollywood celebrities and close friends of the couple, including Kabir Khan, his wife Mini Mathur and their daughter Sairah left Mumbai for Jaipur. Angad Bedi, Neha Dhupia, Sharvari Wagh, Radhika Madan, and Malavika Mohanan followed suit and pumped up the tempo of the celebrations.

Vicky Kaushal and Katrina Kaif dated for about two years before tying the knot on December 9. The couple kept their relationship low-key.