Kim Sharma Has the Sweetest Wish for Yuvraj Singh on Birthday, Praises Wife Hazel's Play Too

Kim Sharma took to her Instagram to wish Yuvraj Singh on his birthday on Thursday. She even posted a couple of pictures with his wife Hazel Keech, lauding her performance in Ira Khan's play Medea.

Kim Sharma and Yuvraj Singh are friendship goals. Despite parting ways more than a decade ago, the former Bollywood actress continues to be friends with the former Indian cricketer and also shares a great bond with Yuvraj's wife Hazel Keech.

Yuvraj turned 38 on Thursday and Kim took to her Instagram to wish him. In her stories, she also shared pictures with Hazel. Wishing Yuvraj, she wrote, "Happy Birthday doofus @yuvisofficial have the best year and life." 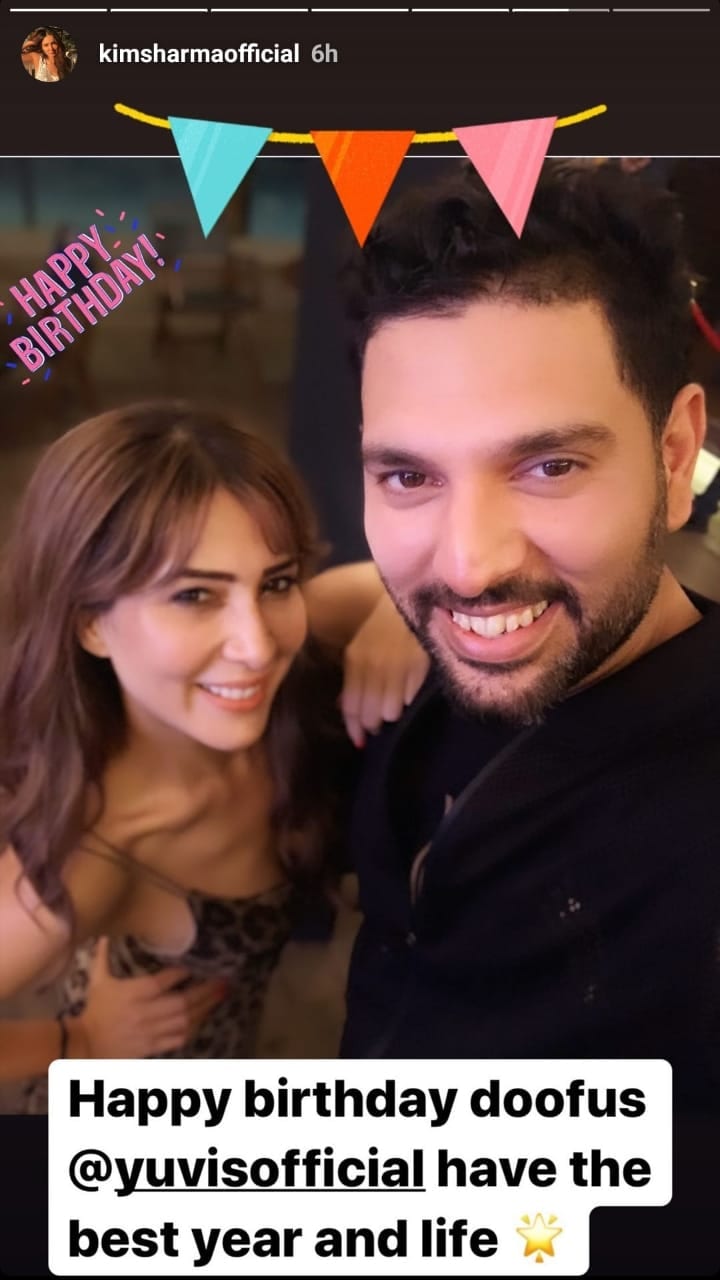 Earlier, on Wednesday, Kim had accompanied Hazel to watch her play as well. Hazel was performing in Euripedes' play Medea and was playing the titular character in the adaptation of the Greek tragedy, which is also the directorial debut of Aaamir Khan's daughter Ira Khan.

The actress shared a couple of pictures with Hazel and writer Mushtaq Sheikh and posted a lovely caption, hinting at their strong bond. In one of the pictures she write, "What an absolutely smashing performance @hazelkeechoffciail. We are in awe." 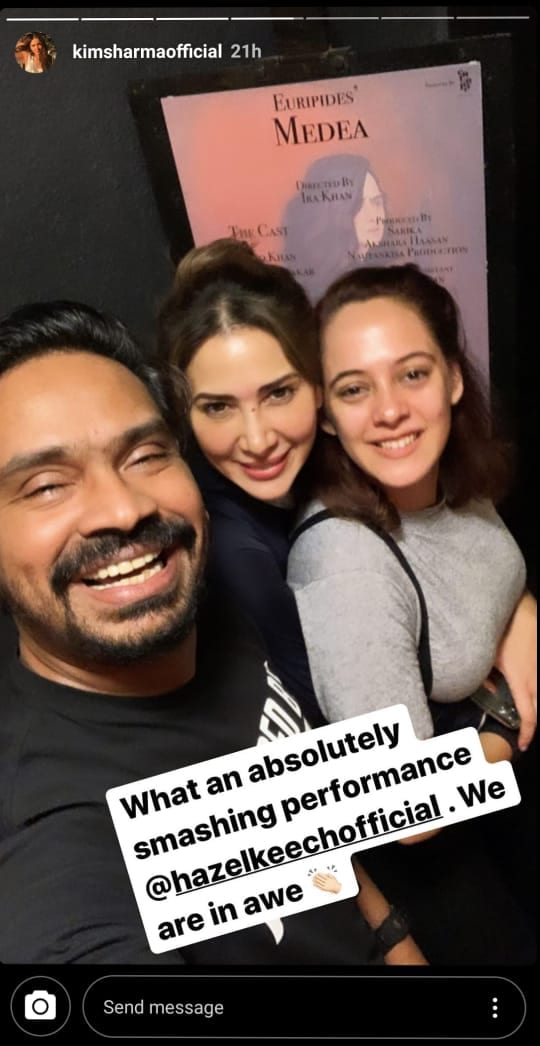 In another close up picture, Kim called Hazel "The bright star." Kim and Yuvraj are said to have called time on their four-year-long relationship in 2007, due to unknown reasons. While both never gave an open statement about their relationship, they have continued to be good friends.

Kim was among the first ones to extend her best wishes to Yuvraj when he announced his retirement from all forms of cricket in June this year. She had tweeted, "Well played @YUVSTRONG12 A standing ovation for some unforgettable moments in sport. May your next phase be as smashing with @hazelkeech."

Well played @YUVSTRONG12 A standing ovation for some unforgettable moments in sport . May your next phase be as smashing with @hazelkeech

Yuvraj had responded to the tweet with an inside joke, "Thanks kimi s ! It was a great journey and you taught me some good things and not such good things."

Thanks kimi s ! It was a great journey and you taught me some good things and not such good things ❤️