Kim Taehyung may be the ‘Delete King’ of BTS but whenever the K-pop star shares an Instagram post, he makes sure to give ARMYs good content. Be it his shirtless selcas or stills from his photo shoot, he always gives the fans what they need. Recently, the Christmas Tree singer took to his Instagram story section to drop two adorable videos with his pet, Yeontan. V (Taehyung’s stage name) also shared a closeup video of his face with the song ‘Curl Up and Die’ playing in the background. ARMYs took screenshots of his story, shared it on social media and expressed how pretty his eyes are.

In his video with Yeontan, the BTS member can be seen donning a black shirt and holding his dog in his lap. In the next video, he shoots his pet as he poses for the camera and then walks away. V also shared a glimpse of the flowers sent to him by Celine. Take a look at his updates: 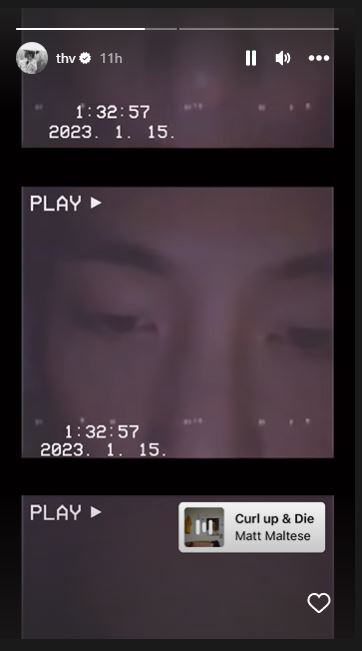 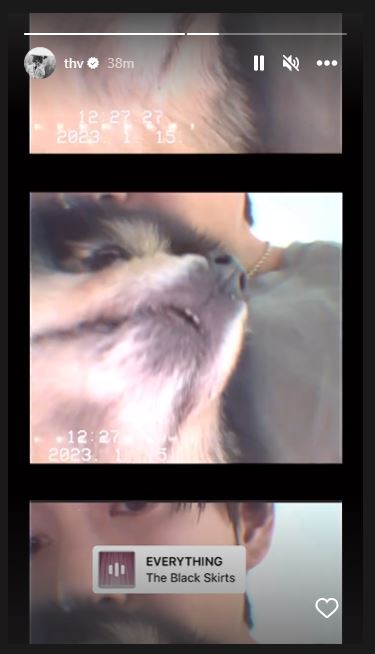 ARMYs were elated to see Tae with Yeontan and called them the cutest duo. One fan also wrote, “taehyung and yeontan came home love them i love them both so much" while another fan expressed, “Yeontan y Taehyung They will always be such a beautiful family and above all so happy <\3 The Kim will always be so unique"

taehyung and yeontan came home love them i love them both so much pic.twitter.com/VOb4uuKKh6— Nash (@Nashssi) January 15, 2023

Yeontan y Taehyung They will always be such a beautiful family and above all so happy <\3 The Kim will always be so unique @BTS_twtpic.twitter.com/htdy6VbmR3— CJ?; Stream VIBE (@jeongtokio) January 15, 2023

Yeontan often features on Taehyung’s social media posts, Last month, during Christmas, the BTS singer made a cover of the song It’s Beginning to Look a Lot Like Christmas and Yeontan made a special appearance in it. While singing, he picks up the Pomeranian in his lap and the latter licks his cheeks. V then cuddles him and does a little dance carrying him in his arms.

Meanwhile, BTS’ Yet To Come concert will be playing in cinemas in India from February 1. Besides Taehyung, the band also consists of Kim Namjoon, Kim Seokjin, Jung Hoseok, Park Jimin, Min Yoongi and Jeon Jungkook. Not only can ARMYs enjoy the screening in various formats but they can also look forwards to the special ARMY bomb screening, according to Indian Express. Fans will be able to wave their BTS lightsticks as they enjoy the show. In India, the movie will be available in several cinemas across the states in 4D, 4DX, and 2D formats.