Krishna Raj Kapoor passed away two years ago on this day. Her granddaughter, Kareena Kapoor Khan paid tribute to her on social media by sharing her picture.

Legendary Bollywood superstar, Raj Kapoor’s wife Krishna passed away two years ago on this day. Her granddaughter, Kareena Kapoor Khan paid tribute to her on social media by sharing her picture.

Kareena Kapoor Khan, daughter of Krishna and Raj Kapoor's eldest son Randhir Kapoor, shared a framed picture of late Krishna Raj Kapoor. She shared a red heart emoji in the caption along with it. In the photo, Krishna is seen smiling and a few flowers and candles are seen near the frame. 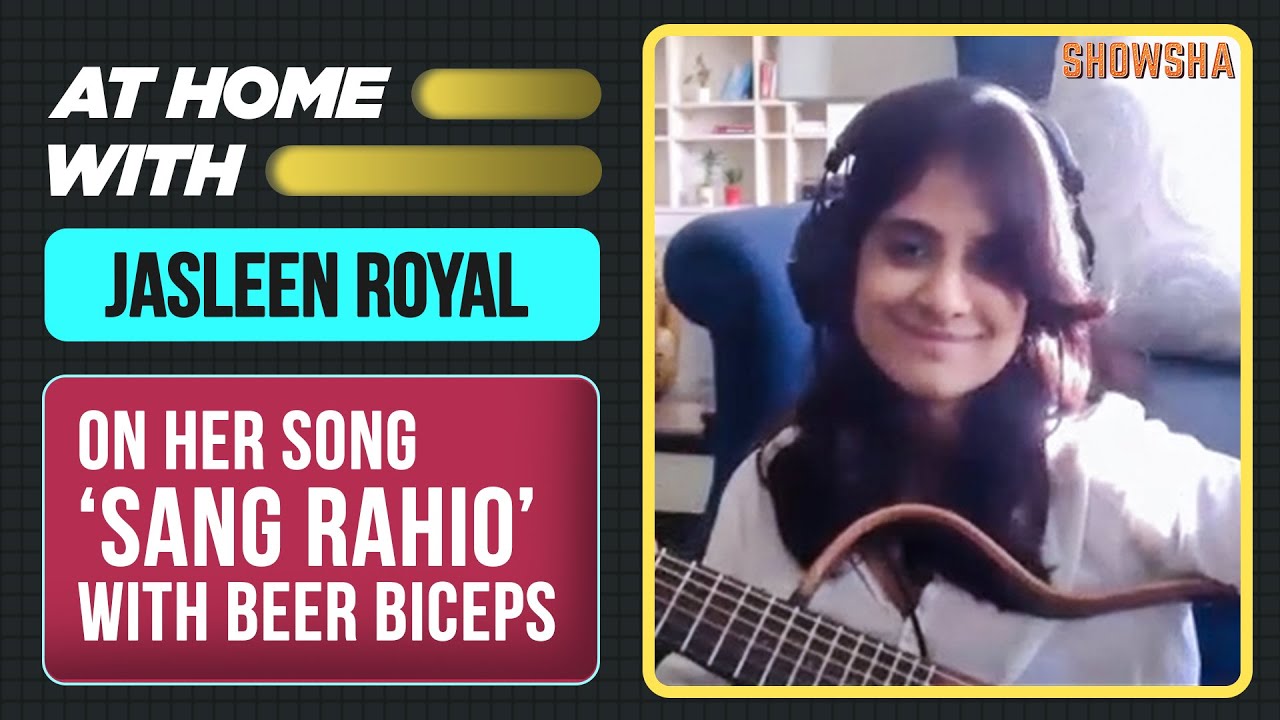 Kareena’s elder sister, Karisma Kapoor also expressed her love for her grandmother. To marks late Krishna’s second death anniversary, Karisma also shared the picture with a garland around it. She also captioned the post on her Instagram story with a red heart, rose and folded hands emoji. 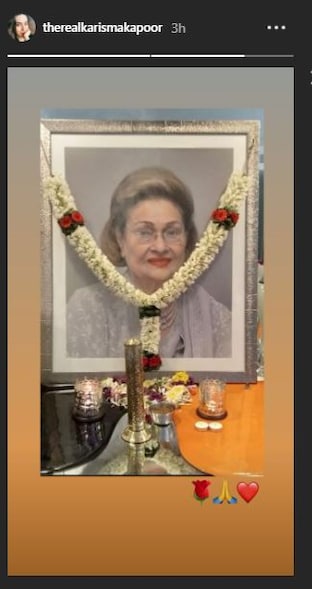 Riddhima Kapoor Sahni, daughter of late actor Rishi Kapoor, remembered her grandmother on her second death anniversary and shared a happy picture of Krishna who is seen sitting on a chair and smiling. Along with the post, Riddhima also wrote, “We miss you”. 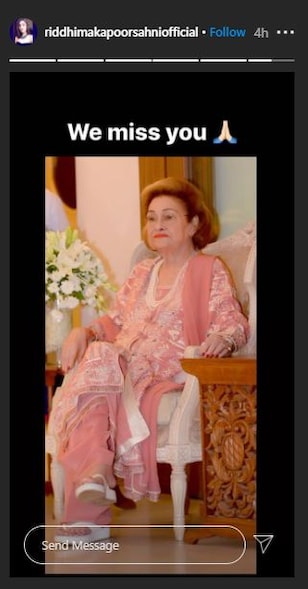 Krishna Raj Kapoor breathed last on October 1, 2018. She died of cardiac arrest at the age of 87. Raj Kapoor and Krishna had five children, three sons, Randhir, Rishi and Rajiv, and two daughters, Ritu and Rima.