Aamir Khan and Kareena Kapoor Khan in a still from Laal Singh Chaddha, which is out in theatres today. 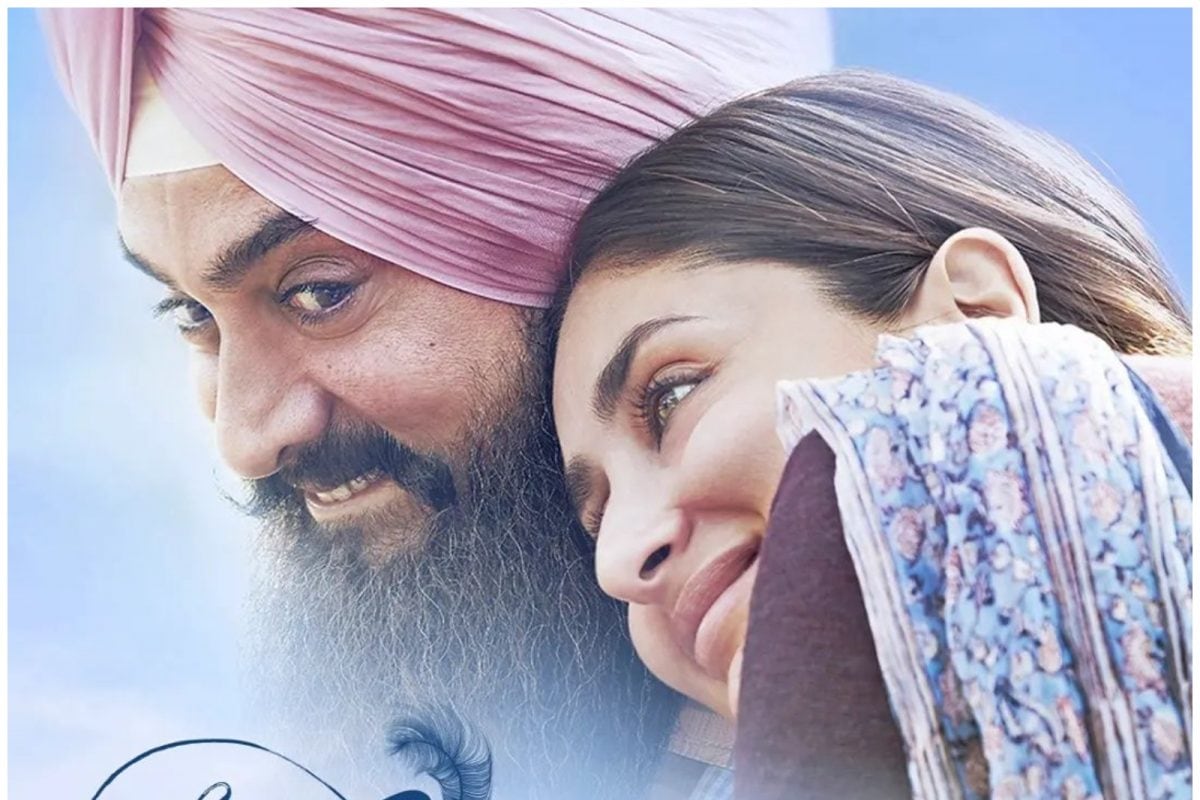 Aamir Khan's Laal Singh Chaddha is a movie that deftly grapples with the pessimism of the world, but handled in a mature way. Read our review

2022 was supposed to bring a ray of hope for all of us, after all the world has gone through more than two years of pandemic and things to get back to normalcy. But the proceedings unfolding around us doesn’t seem to have any positive effect.

At a time when humanity seems to be under the spell of fraudsters masquerading as bots and propagandists, especially with the threat of cancel culture and boycotting Bollywood without any reason, Aamir Khan’s Laal Singh Chaddha becomes a delightful and touching experience, a movie that deftly grapples with the pessimism of the world, but handled in a mature way.

Directed beautifully by Advait Chandan, Laal Singh Chaddha is clearly not a remake of 1994 Hollywood classic Forrest Gump, featuring Tom Hanks. While the makers have officially taken the rights from the original studios, this film is a mere adaptation of Eric Roth’s original storyboard, which easily blends into the India’s history, culture and tradition.

Writers in Indian cinema are often accused of being lazy of adapting a film internationally or even nationally by merely changing the settings and the cast. But actor-writer Atul Kulkarni is meticulous about finding not only the Indian version of each Forrest Gump beat but infusing it with the same charm. From a person’s name, to even a an individual’s religious identity and the various situations that people are in, everything is simply yet perfectly explained.

Just like Forrest Gump, Laal Singh Chaddha is not a heart-warming story about a mentally challenged man. Terming him as ‘alag’ from other children is too limiting for Laal. He never thought of himself as disadvantaged, and thanks to his supportive mother played superbly by Mona Singh, he leads anything but a restricted life. Watch him carefully and you will understand why some people are criticized for being “too clever by half.” In fact, Laal, on most occasions, is more clever than any normal person.

With his ability to stay focused on one goal, Laal becomes an incredibly fast runner, first escaping bullies in grade school in a very beautiful scene where he loses his leg braces as the love of his life Rupa (played by Kareena Kapoor Khan) tells him, ‘Bhaag, Laal, bhaag!’ The scene makes you realise that Lal for the first time feels liberated from the crutches of the society.

From becoming the champion athlete in the college, to Laal’s loyalty to his best friend Balaraju Bodi aka Bala (Chaitanya Akkineni) from his army days, the character has a childlike innocence. Never one to break a promise, he follows up on Bala’s dream to start a ‘chaddi-banyan’ business. While recuperating from his wounds from the war, he becomes friends with the terrorist he saves which also leads him to receive a medal of honor. Later, Laal gathers quite a following when he runs across the country just because he feels like it.

And through it all, Laal cares most about his childhood love, the sweet but troubled Rupa. Laal’s unwavering love for Rupa who first reaches out to him when everyone else (in school) rejects him. Rupa, having a troubled childhood, turns herself into a self-destructive woman as he takes off on her own path. Laal, however, remains true to her over the years until she blesses him with the best gift of all.

Few actors have the innate likeability that Khan has so effortlessly projected. He plays Laal with just the right blend of sincerity and earnestness. He is predictably fantastic – he never stops being funny and strange, fleetingly giving us a peep into the core incidents that the country has gone through since 1971. The actor makes his character into a person so dignified, so straight-ahead.

Khan’s performance is a breathtaking balancing act between comedy and sadness, in a story rich in small laughs and quiet truths. It is never easy to admit when a movie brings one to tears, but you’ll be hard-pressed to hide yourselves when Khan’s face in one of the scenes looks directly into the camera almost making you feel the pain that he has gone through which is hidden behind his long beard and a broad smile.

Khan’s performance is elevated by Kareena’s performance. The actor offers yet another one of her many brilliant performances in creating a woman who is attracted not just to naive, simple man, but to the man beneath the simplicity. Mona Singh as Laal’s mother excels in every frame. A special mention for Naga Chaitanya and Manav Vij who find the nuances of their characters and take even the smallest scenes and bring them to life.

In the end, Laal Singh Chaddha is all about loving and also the longing for being loved. Its message of forgiveness and compassion can’t be better understood than in these fractured, times where narratives are being built on hatred rather than building a world of peace, harmony and togetherness.