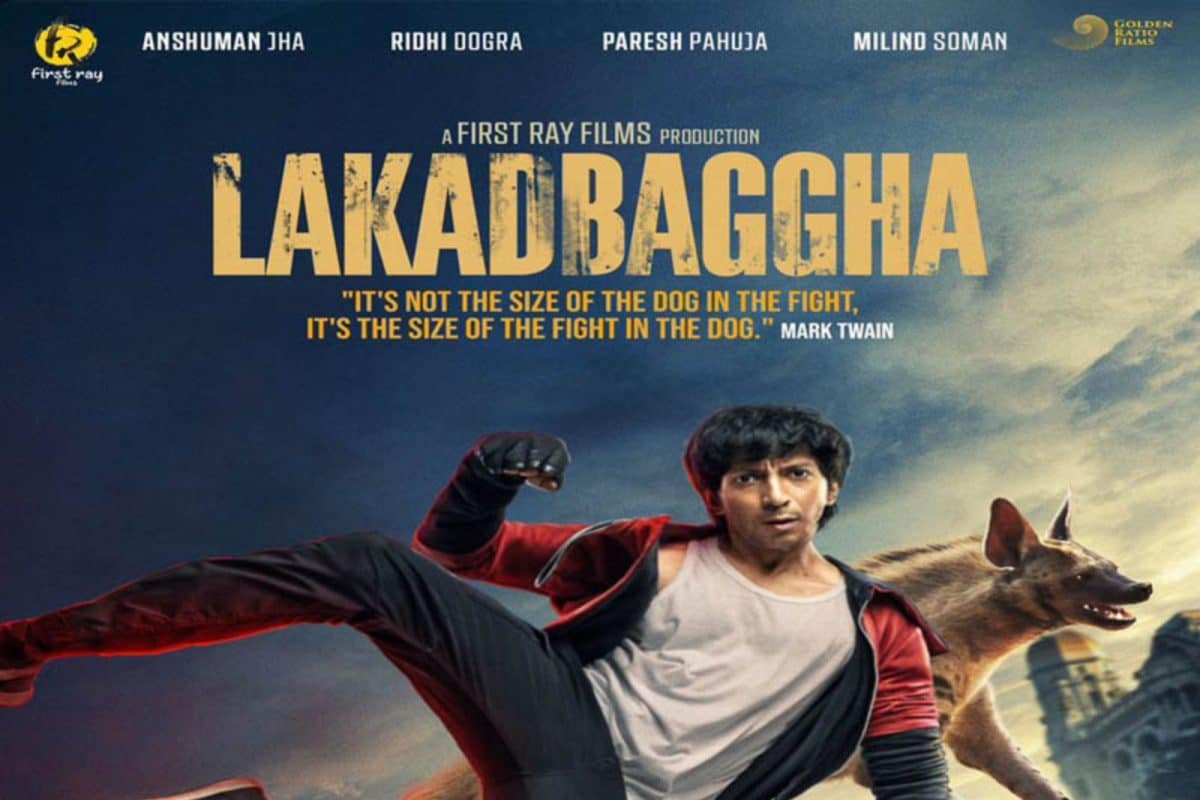 Despite some flaws, Lakadbaggha will entertain you with its scrupulousness, an out-of-the-ordinary plot and top-notch performances.

Bollywood has taken a penchant for naming its films after animals. While it was Varun Dhawan’s Bhediya that took the spotlight in November last year, Anshuman Jha’s crime thriller Lakadbaggha is an apt addition to that list. This unconventional Victor Mukherjee film, which boasts of an extraordinary storyline, might be bereft of a nuanced execution especially in regards to its momentum, but it rightly makes for a fascinating watch partly because the vigilante genre that has been attempted before through films like Bhavesh Joshi Superhero had more or less crumbled for the lack of making a considerable impact. With all the gaping cracks there is to its credit, Lakadbaggha will entertain you with its scrupulousness, an out-of-the-ordinary plot and top-notch performances.

The story is set in the city of Kolkata which is rattled by an unknown vigilante known for going after vile elements responsible for animal abuse. And while the mystery lingers on momentarily about his identity, we are introduced to Arjun Bakshi (played by Anshuman Jha), one of those individuals who won’t hesitate to cuddle with stray dogs on the street. Fostering a tranquil and unclouded demeanor, Arjun remains to be a peaceful person until he’s compelled by those around him to unleash a new side of him. Crime Branch officer Akshara D’Souza(played by Ridhi Dogra) is dogged to solve the vigilante case and her tenacious pursuit makes her cross paths with Anshuman, a synchronical happenstance that invariably takes the plot further into the grim underbelly of drug smuggling, animal trafficking and much more — all of which is impelled by Akshara’s brother (much to her obliviousness) Aryan D’Souza (played by Paresh Pahuja). With these characters set in place and governed by and hemmed in by the narrative, Lakadbaggha prowls on its fours in a murky jungle.

Lakadbaggha gets the tone and the theme right. It’s easy on your head and doesn’t require much of your brainpower to break down what’s unfurling in front of you. It’s worth applauding Victor Mukherjee’s attempt to tell a story with limited characters and a penny-plain approach since stories being made today sometimes fall prey to the misnomer that a movie requires complex elements for it to strike a chord with the audience. Lakadbaggha defies all those notions and delineates a tale that is neither cantankerous nor gaudy. But since it’s too simple, it just couldn’t utilise the copiousness of the potential it had. No matter how fantastic of an idea makers had in their mind, the obvious clichés, predictable plot devices, flawed character traits, ridiculous tropes massively diluted the impact it had set out to achieve(especially towards the climax).

Up until the intermission, the film aimlessly tries to cover all the required bases and keeps ushering in new angles to give an edge to their characters. But the viewers seldom get to know(except a passing mention) about Akshara’s divorce with her husband or about Arjun’s relentless bid towards stray dogs and animals in general(except for a bland back story about him and his father). And a very generic antagonist who is suave, slick, eloquent and purposely cruel. And yet we don’t know what provokes him to be that way(except the fact that his father was dealt an unfair hand in life). There is also his sidekick who brings some flavour to the film but even her character remains shrouded in mystery. Thus, Lakadbaggha could have done a lot more in terms of fleshing out their characters because they had an ample scope and screen time to establish that rapport.

What Lakadbaggha managed to do best was to remain true to the crux of the story -i.e the vigilante universe it dished out with the backdrop of friendly pooches craving for love and affection. That paired with the immaculate execution and choreography of action and fight sequences will definitely be a treat for dog lovers and might even remind them of other iconic films like John Wick and Mard Ko Dard Nahi Hota. The film also doesn’t get preachy with ideologies of veganism or animal cruelty. The narrative ascribes to subtlety and reels you in only when it requires. The climax doesn’t quite satiate you because it is rushed and It barely scraped through the surface. In all fairness, had it been made into a web series, it could have fetched more agency.

Anshuman Jha was consistently good in his character of Arjun Bakshi. Sporting a hairdo like Bruce Lee and honing a knack for exhibiting smooth martial arts moves, he can be pitied against any other Bollywood action heroes such as Tiger Shroff and Vidyut Jamwal. Ridhi Dogra seemed like a perfect fit for a cop with her poise and brill persona. She was also able to ace the action sequences like a pro. Paresh Pahuja as the foreboding villain was menacing and had an air of unnerving nonchalance around him. But Eksha Kerung as the deadly assassin Vik was the real revelation because she embodied her character and absolutely nailed her debut without even uttering a single piece of dialogue.

To sum things up, Lakadbaggha is a decent watch and will keep you hooked on, even with all the inconsistencies in place.