Looks like the rumours of model Denise Bidot dating rapper Lil Wayne were true, as the much-in-love model has shared some love-filled pictures with her bae on Instagram.

According to a report published in ACESHOWBIZ, Denise had shared a collage of pictures with the rapper in her Instagram stories. The images featured some of the adorable moments cherished by the lovebirds.

The fashion model had written “Somehow in the middle of all the madness, something special happened. Us” on top of the collage. 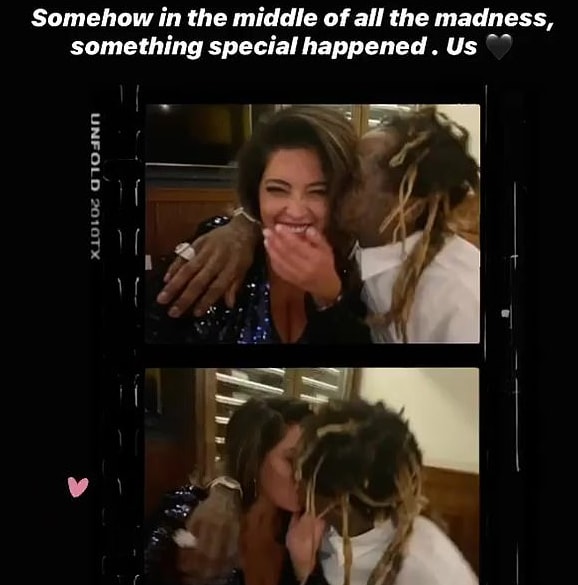 Rumours of their relationship surfaced after Lil’s fans noticed that the only person he is following on Instagram is none other than Denise. It was quite predictable for their followers and fans to guess that the two might be having some sort of connection.

Further, the rapper too confirmed that he was dating someone in an interview with Nicki Minaj on Young Money Radio. This revelation was made on Friday.

During the show, Lil also raised the topic of wanting to work on an album with Nick. He asked her as to when they will collaborate for an album, together as quite a lot of fans have been asking this question. To which Nicki replied, "You already know, your wish is my command. It's scary. It's scary to put a verse on something after you put a verse on it. Last time we worked together was 'Rockstar (Remix)'. The Post Malone remix, remember we did that? Love that".
Tags: