Disha Patani shared an interesting moment on her social media handle while she was promoting her upcoming Bollywood film 'Malang' with Aditya Roy Kapur.

Upcoming Bollywood film Malang has got fans excited already and the duo of Disha Patani and Aditya Roy Kapur stepped out to promote it. A new song from the feature film, Humraah, has released and fans are eagerly waiting for Malang to hit the screens. Disha and Aditya stepped out with Humraah singer Sachet Tandon and the trio had a lot of fun singing and entertaining the audiences.

During the promotions, Disha donned a cute white top with maroon pants. She completed her look with minimal accessory and kept her hair open and curled. Her white heel boots added a dash of glam to her ensemble. Aditya complemented Disha by looking dashing in a grey T-shirt and black denims. However, Aditya could not stop talking about their upcoming film Malang and Disha pointed out her impatience with the fact that she probably did not get to speak as much. In the pics and caption she shared on Insta, Disha even mentioned that she slept off waiting for Aditya to stop talking. 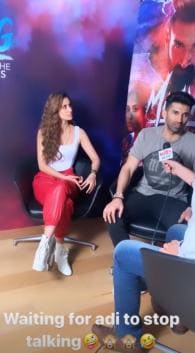 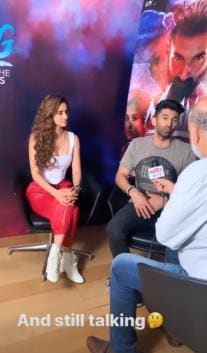 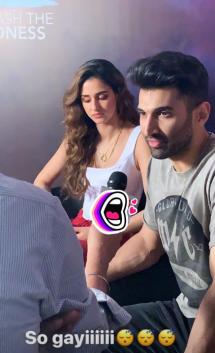 Meanwhile, Humraah from Malang is sung by singer-composer Sachet Tandon. The lyrics are penned by Kunaal Vermaa.

Malang will hit the silver screen on February 7. The film also stars Anil Kapoor and Kunal Kemmu and is directed by Mohit Suri.