In an exclusive chat, Indian Idol 10 winner Salman Ali talks about his struggle, the glorious win and the road ahead.

From being a school dropout in Haryana’s Mewat to winning Indian Idol 10, Salman Ali has come a long way.

Though he has had a night to process his illustrious win, the 20-year-old says it will take much longer for all of it to sink in. Salman said, “I feel really good. I have no idea what is happening with me right now. My fans, my people have finally made me win with all their love and support.”

With about two crore votes, Salman beat fellow contestant Ankush Bhardwaj to lift the coveted trophy and take home Rs 25 lakh. About the cash prize, he said, “It will help me get over my poverty. I have a long struggle ahead of me. I want to live in Mumbai. I am hoping to relocate here next month. The prize money will come in handy then.”

However, despite the win, the money and the overwhelming display of support, for Salman, the highlight of the season finale was his parents’ reaction. “I have never seen my parents dance. They were so happy that they couldn’t help it, as you must have seen,” he said.

Though the practice sessions were gruelling, Salman says the encouragement from everyone—judges and celebrities—made it all worth it. “A lot of people have given me love, more than I could have ever imagined. Everyone who came on the show, including Shah Rukh Khan, Salman Khan, Ranveer Singh and Varun Dhawan, were extremely loving and supportive,” he said. 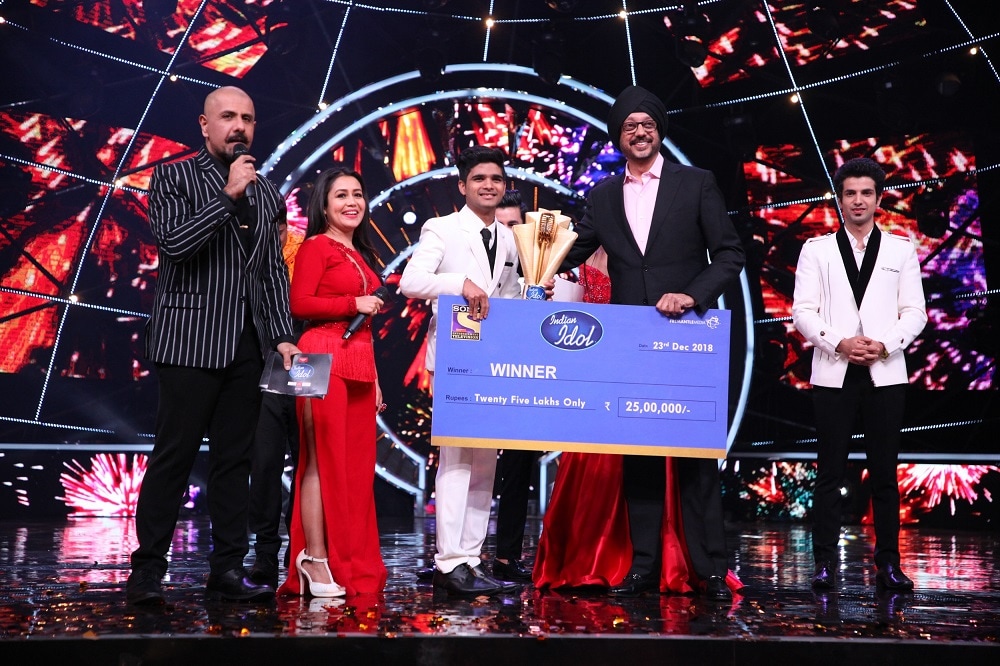 He says all the contestants “lived like a family,” but he does have a favourite—Nitin Kumar, one of the finalists who was also named the Ace Performer of the Season on Sunday during the finale.

Salman is all praise for the judges too. “They have been extremely sweet and cooperative. They guided us throughout. They motivated us every time we’d be on stage, propelling us to give our best performance each time. Maybe that’s why we were able to sing the way we did,” he said.

But it wasn’t an easy win. Looking back at the last six-seven months—his journey all through this season—Salman said, “We would practice for hours and hours without thinking if it was day or night. The competition was so fierce and everyone was singing so well that I too had to work equally hard to catch up. We would get time only for food breaks. We rehearsed all the time otherwise,” he said.

Salman has been singing for as long as he can remember. He even quit school to practice without any distractions. “I have been singing from a very young age so I couldn’t focus on studies much. I went to school till Class 10 but dropped out after that,” he said. He gets his love for music from his family, all of whom are engaged in the art form. “I come from a musical family. Everyone is passionate about music and I learnt from my folks. I have never had any professional training,” he added.

The big dream—even before he stepped in to audition for Indian Idol—has always been singing for Hindi movies. “I want to get into Bollywood. I want to continue to win hearts through playback singing, especially of all those people who have shown so much faith in me,” he said, adding that wishes to work with noted music composers Ajay-Atul and AR Rahman.

But all of that can wait. For now, the young winner is ecstatic about the fan following he has amassed in such a short time period. Crediting his success to the millions of Indians who rooted for him all through the season, he said, “My real win is the love that I am getting in such abundance from all the people. I am eternally thankful to all my fans and well wishers for such an overwhelming response. I hope they continue to love me the same way.” ​

Read| Raja Kumari on Zero Song Husn Parcham: Shah Rukh Khan Co-Wrote the Lyrics with Me
Read| Harrdy Sandhu: Knew Guru Randhawa Would be a Star the First Time I Met Him