A few days back, Mira had uploaded a photo of her hand, which showed lines drawn with colourful pens.

Bollywood actor Shahid Kapoor’s wife Mira Rajput is not leaving any stones unturned to take their relationship to a new height. Mira keeps updating her love for husband Shahid Kapoor on social media. On Valentine’s Day, Mira decorated her house with beautiful flowers, which included a heart made up of roses, and posted pictures on her Instagram as well.

In the photos, Mira can also be adorning her and husband’s black and white image with flowers.


This is not the first time Mira has expressed her love for her husband on Instagram. 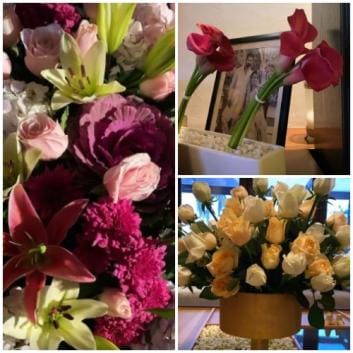 A few days back, Mira had uploaded a photo of her hand, which showed lines drawn with colourful pens. Along with the snap, she had written, “Mehndi by Missy”.

Shahid Kapoor and Mira Rajput are blessed with two children- Misha Kapoor and Zain Kapoor. The couple had welcomed their first child Misha in 2016. In 2018, Misha became an elder sister with little Zain’s birth.

Shahid Kapoor is currently busy shooting his upcoming movie Jersey, which is based on cricket. The film is the Hindi remake of the Telugu sports drama of the same name.

The Hindi version of Jersey is directed by Gowtam Tinnanauri, who has also directed the 2019 original film, featuring Nani in the lead role.