Mira Rajput might have not been a part of the film industry, but post her marriage to Shahid Kapoor, she is no less than a celebrity herself. The star wife enjoys a relatively huge fan following and every time she puts up a picture on social media, it goes viral in no time.

Recently, celebrating her best friend's birthday, Mira shared a throwback picture on Instagram and captioned it as, "Through thick and thin, the highs and the lows; you’ve been my backbone, my strength, my truest friend. Our lives would be incomplete without you. Happy Birthday to my bestest friend, my partner in crime, my family. (sic)"

So far, the post has been liked close to 80k times and has several comments on it. While many hearted out the picture, others pointed at the bond she shares with her friends.

She also took to her Instagram stories to share a series of photos. While in one of the pictures, Mira is seen screaming with her mouth wide open and has captioned it as, 'Love hurts', in others, she is seen happily posing with her friends. 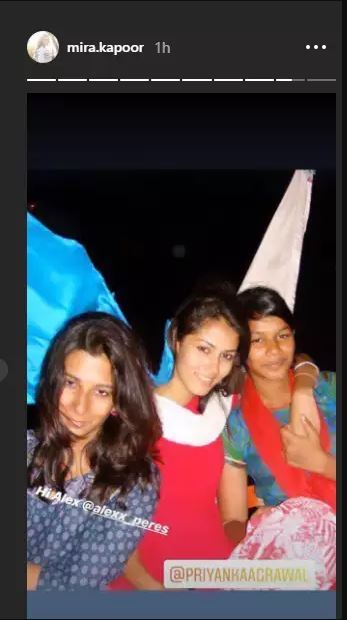 Shahid Kapoor and Mira Rajput got married in a traditional Anand Karaj ceremony in 2015. Eighteen months later, the couple welcomed their first child. While many were elated about the news, not all the reactions they received were positive. Some had criticised Mira for giving birth at the age of 22. Shahid and Mira welcomed their second child Zain on September 5, 2018.

Talking about Mira, Shahid in an earlier interview said that despite being 13 years younger than him, she is “very mature deep down inside”. “She is a very sorted mom”, he said. He went on to add that in the run-up to their wedding and after that, she handled everything with calmness and composure, even though she tended to get thrown-off easily, at first, when it came to dealing with public attention.