Mira Rajput Kapoor recently conducted a 'one word' question-answer session on social media where fans asked her if she was pregnant again and if she has any Bollywood plans.

Mira Rajput, who is married to Bollywood actor Shahid Kapoor, recently conducted a ‘One word’ Instagram Q/A session. Mira had taken to Instagram stories to answer her followers’ questions with one-word answers.

One of the followers had asked her, “Any plans of getting into movies.” To this, the social media personality replied “No” with folded hands emoji. She was also asked “R u pregnant again (sic)” to which she wrote “No” again, with a laughing emoji. She was asked another hilarious question, which read, “Who is more annoying, SK (Shahid) or child?” to which she simply replied “LOL.” 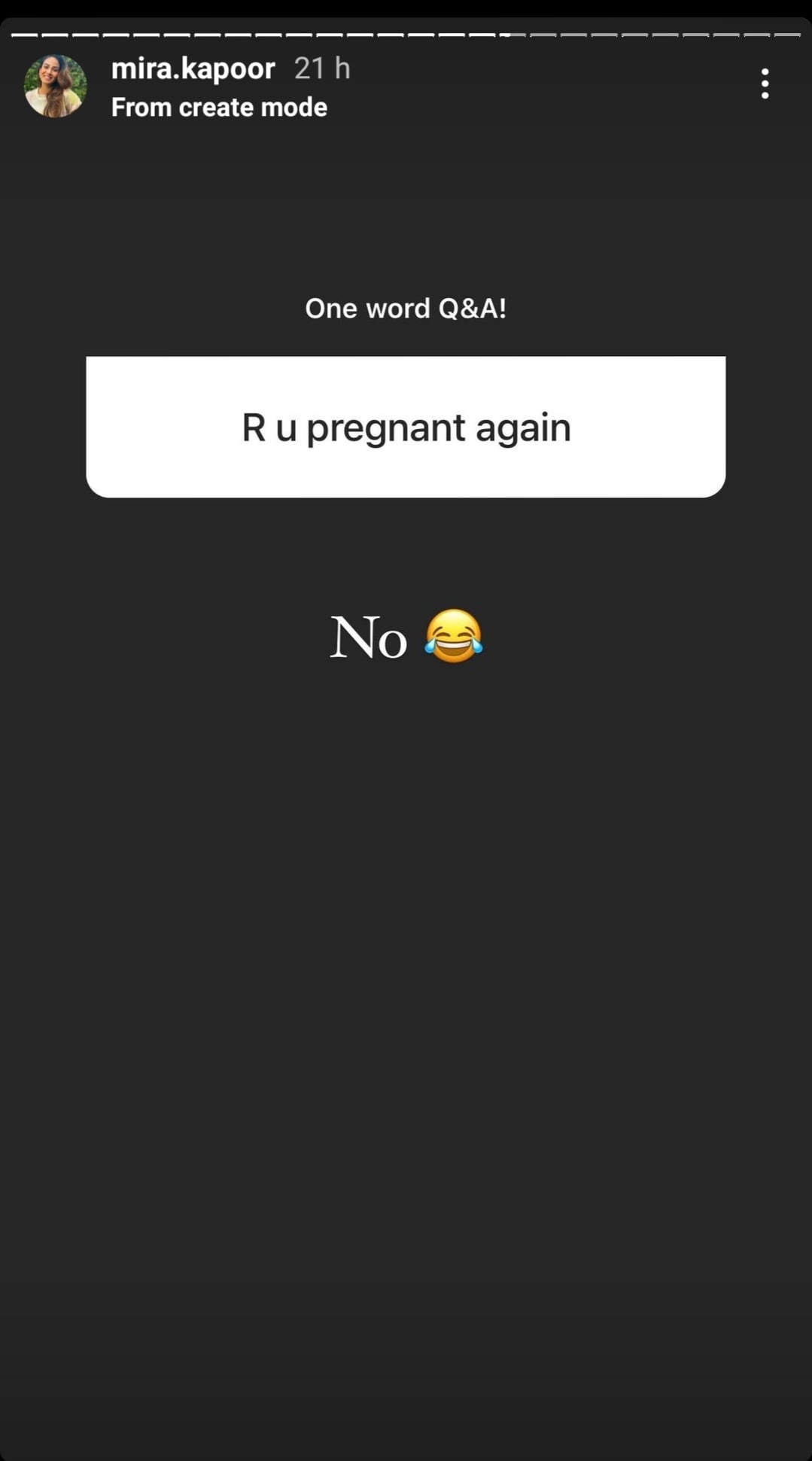 Mira also replied to many other questions, she was asked to choose between David and Alexis from the show Schitt’s Creek, of which she chose David. She also chose sunsets over sunrise, Gary Mehigan over other Masterchef Australia judges and Claire Foy over Olivia Coleman.

Shahid and Mira had tied the knot in 2015. They are parents to two children Misha and Zain. She often shares pictures with her family. Recently, she shared a silhouette of herself with Misha.

“In search for network but the connection is always there,” she captioned the picture.

She also shared a rare throwback picture from her wedding. She captioned it, “50 people before it was a rule #loljk #gocoronago.”

Meanwhile, Shahid will be next seen in Gowtham Tinnauri’s sports drama Jersey. It is the Hindi remake of the 2019 film starring Nani. The film will also star Pankaj Kapoor and Mrunal Thakur in pivotal roles.