In 2016, Sylvester Stallone received a standing ovation when he won a Golden Globe for 'Creed' in 2016, but in this edition of the awards, it's his daughters who are stealing the limelight.

In 2016, Sylvester Stallone received a standing ovation when he won a Golden Globe for Creed in 2016, but in this edition of the awards, it's his daughters who are stealing the limelight. 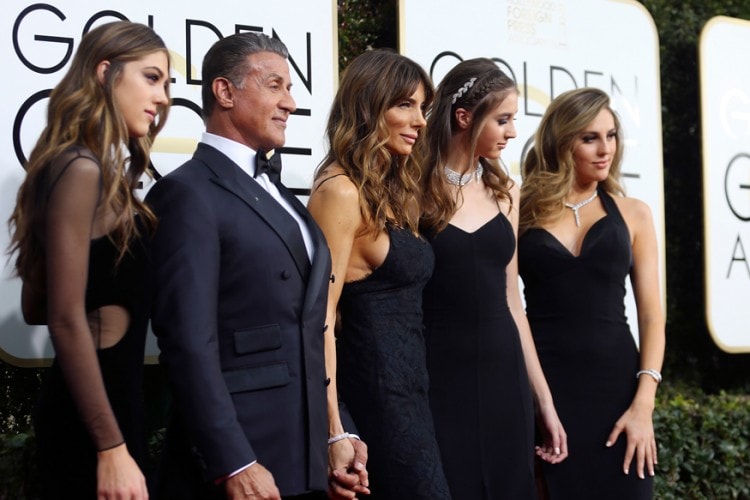 Stallone's three daughters - Sistine (18), Scarlet (14) and Sophia (20) were announced as Miss Golden Globes 2017. The three of them are sharing the honour of escorting presenters and winners on and off stage. Every other year, only one or two esteemed celebrities get to hold the title but this year, the trio is ruling the ceremony. For the big night, the three of them chose similar yet different gowns. Sistine opted for a black strapless gown with oblique side cutouts, Scarlet decided on a black spaghetti strap gown with high slits and Sophia chose a halter gown adorned with a sweetheart neckline. The sisters, who turned up in all-black attires have created quite a place for themselves in the industry. 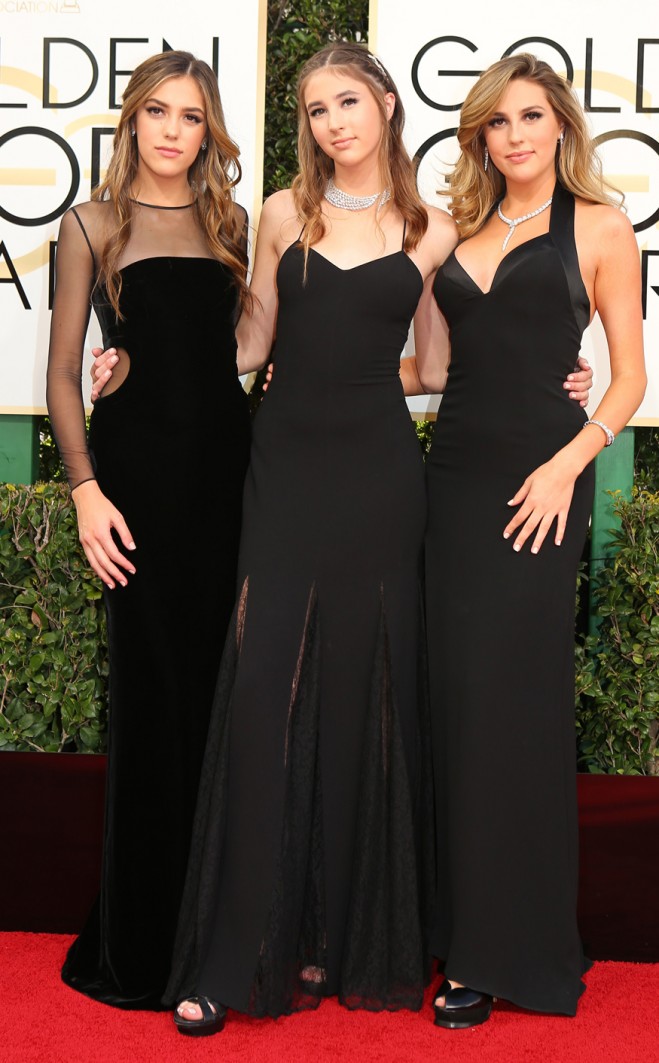 Scarlet, the youngest of the Stallone sisters, has already made her mark in Hollywood. She featured in the film Reach Me along with her father.

Even though she isn't active on social media, her family keeps offering beautiful glimpses of her through their handles.

The 18-year old Sistine is following her mother Jennifer Flavin's footsteps. She has already been signed with IMG Models.

She has appeared in various editions of Vogue and various commercials too.

What an honor and an absolute dream come true! Still in shock that my first show ever was for Chanel! Thank you so much @chanelofficial and @karllagerfeld for flying me to Paris for an experience i will never forget xx

Her Instagram feed has plenty of pictures from her travel diaries which will make you want to plan a tri pright away.

The eldest of them all, Sophia, has studied communications at the University of Southern California.

FINALLY I can announce that my sisters and I are the official Miss Golden Globes 2017!

She was born with a congenital valve malformation and has undergone 2 heart surgeries for the same.

From her lavish parties to her family moments, Sophia has been quite active in sharing moments from her personal life on social media.

one week away until Oscars! (shot by @inezandvinoodh )