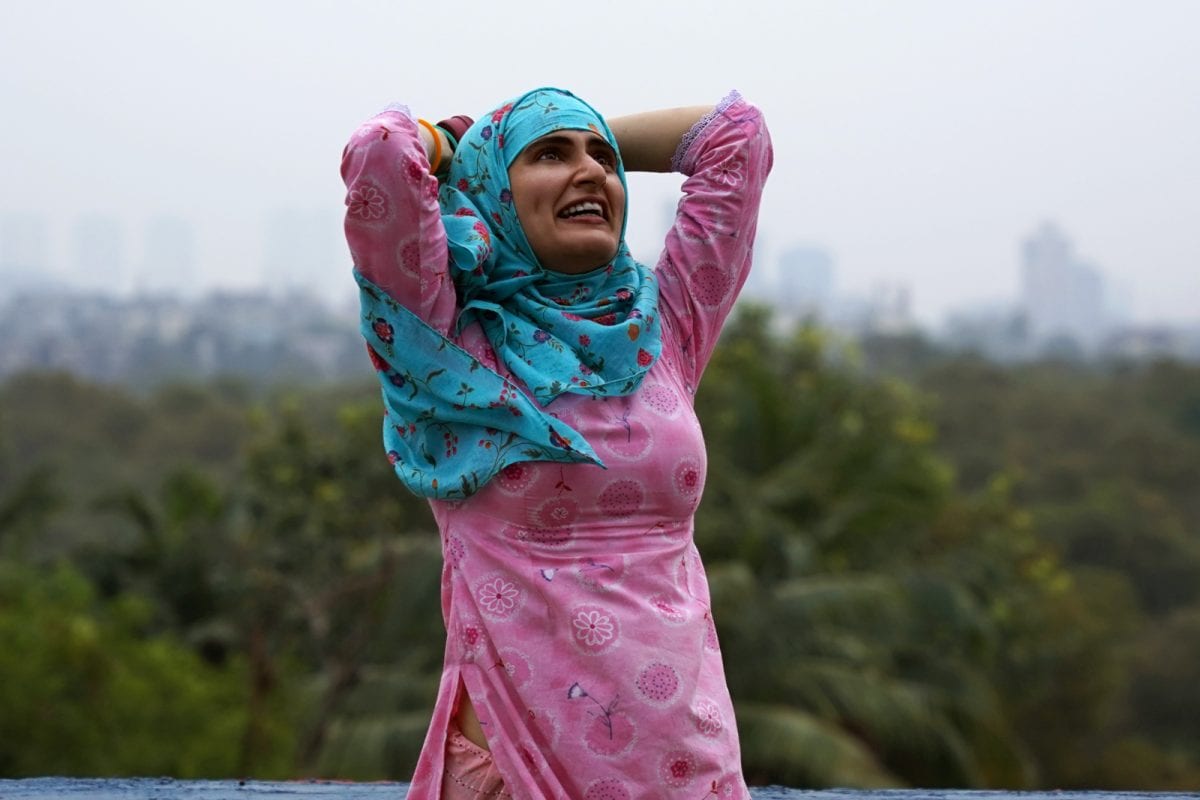 Mumbai might not be everyone’s cup of cutting chai. But sip by sip, night after night, the city makes you her own. Modern Love Mumbai seems like a cutting chai. It might start off on a strange, unsure note but as you reach the last episode, you seem to find that one chapter that you resonate with.

The concept of Modern Love Mumbai is adapted from the hit Amazon Prime Video series Modern Love from the US. Much like the international version, the stories in the Mumbai edition are inspired by essays from the New York Times column.

The Mumbai adaptation roped in Alankrita Shrivastava, Vishal Bhardwaj, Hansal Mehta, Dhruv Sehgal, Shonali Bose, and Nupur Asthana to focus on different concepts of love. However, unfortunately, the concept of each story in the Mumbai version of Modern Love overlaps and the core subject seems lost.

My Beautiful Wrinkles: Adapted, written and directed by Alankrita Shrivastava, My Beautiful Wrinkles stars Sarika as a 60-year-old Dilbar who bonds with a 20-something Kunal played by Danesh Razvi. While Dilbar helps him with his interviews, Kunal starts getting sexually attracted to her. Soon a box of the past is reopened as Dilbar’s old, rusty baggage comes into the spotlight.

Though the story is different, it seemed a little all over the place. The story has a rugged switch from one point to the other making for uneven storytelling. But Sarika gracefully shoulders the story, urging you to stick on until the end when the short story truly comes into form.

Baai: Hansal Mehta seemingly steps out of his comfort zone with Baai. The filmmaker, with writer Ankur Pathak co-writing the screenplay, explores familiar and unfamiliar territories. Baai revolves around Manzu (Pratik Gandhi), a gay man from a conservative household. While he has his share of problems with his family owing to his sexuality, his Baai aka grandmother (Tanuja) has no idea about it and dearly loves him.

He moves out of his house, and finds love in Goa (Ranveer Brar) but returns home to meet his Baai one last time on her death bed. The family warns him to not speak of his sexuality, making him feel caged. Does he come out to his grandmother? You’ll have to watch the movie for it. Baai gives you a feature film experience with drama, romance, music and even dramatic weddings involved in it. Hansal delivers an emotional tale with Pratik and Ranveer shining throughout the tale.

Mumbai Dragon: In an interview with News18.com, Vishal Bhardwaj said that Mumbai has been ‘over-exploited’, and yet, he found a corner that wasn’t fully explored by the celluloid. Mumbai Dragon puts the spotlight on the extremely small community of Chinese immigrants and the Kwan Kung Temple. With the help of Yeo Yann Yann, Meiyang Chang, Wamiqa Gabbi and Naseeruddin Shah, Vishal narrates the tale of Sui (Yeo Yann Yann) grappling with her only son moving far away from her. Her love is also accompanied by the fear that her son might also be distancing from the family’s roots.

Full credits to Vishal for showing a different side of Mumbai. It is evident that Vishal wanted to keep the story simple and straight, adding no unnecessary highs and lows. However, at a certain point, the story becomes too flat. I did crave a little element of drama, considering the mother is shown as a dramatic person. Yeo Yann Yann played the part effortlessly.

I Love Thane: It is the ‘little things’ Dhruv Sehgal uses in his tales that make his stories stand out. I Love Thane revolves around a 30-something Saiba (Masaba Gupta), who is trying to find love on dating apps, and a government official Parth (Ritwik Bhowmik), with whom she has undertaken a public garden project. Living in the suburbs of Mumbai, Saiba travels a long distance for work. At first, she complains about it but eventually, she begins to enjoy the company of Parth.

Dhruv uses small details such as her efforts of dressing up for Parth, driving all the way to Thane to meet him, and even offering to buy him his favourite food to show her ‘modern’ way of expressing her love. Masaba and Ritwik help shoulder this cheesy tale with ease.

Cutting Chai: In Nupur Asthana’s South Mumbai love story, Chitrangda Singh plays a 40-something Latika, a writer who has been attempting to write a book for years now but hasn’t been able to pull herself into doing her. A fight with her husband Daniel (Arshad Warsi) makes her ponder upon her humdrum marriage and also leads to self-doubt and numerous ‘what-if’ questions. As she rethinks the decisions she made that have landed her where she is today, Latika goes on a bittersweet self-realisation journey.

Chitrangda feels like a breath of fresh air on the screen, mirroring most of us facing self-doubts but it is Arshad’s contagious energy and vivacious persona that steals the show. He lights up the screen every time he appears on the screen, elevating not only the script but also Chitrangda’s performance.

Raat Rani: Keeping the best of the series for the last, Shonali Bose’s Raat Rani is bound to become a favourite among many. Starring Fatima Sana Shaikh and Bhupendra Jadawat, Shonali and writer Nilesh Maniyar bring a story about a young, sheltered Kashmiri woman who is on a journey of liberation. Fatima plays the role of Lali, a Kashmiri immigrant who is left to fend for herself after her husband Lufti (Bhupendra Jadawat) leaves her because “mazza nahi aa raha hai (He’s bored with her)”. At first, she’s in a state of denial but eventually, she progresses to acceptance and learns to not only live by herself but also break some rules as well. Raat Rani feels like a story that every girl who moves to Mumbai goes through, the journey of self-realisation, learning to be independent, and sometimes even healing.

Fatima does a great job at playing the girl in the cocoon, learning to be a butterfly. However, the story does not give credit to Mumbai and its people for helping her grow her wings. I wish that Mumbai was incorporated much better, especially in this tale for it is the city that helps her feel liberated in the darkest of nights.

For that matter, none of the stories truly capture the essence of Mumbai. The city just seems like a mere backdrop instead of a character in these short stories. Most of these stories could have easily been set up in any part of the country and it wouldn’t make much difference.

While the theme of the series is love, most stories couldn’t stick to one concept of love. I Love Thane, Raat Rani and Baai somewhat tried to stay in their respective lanes of subjects, My Beautiful Wrinkles and Mumbai Dragon seemed to lose focus on their core subject the moment their respective short films hit the mid-mark.

The US version of Modern Love came across as an overall book with each story feeling like a chapter exploring a unique love story. However, Modern Love Mumbai doesn’t seem quite like it. Although applaudable attempts were made by each Indian director to tell a standout tale, the overall series doesn’t come close to the first season of Modern Love US.

Despite its flaws, you are bound to connect with at least one of the chapters in Modern Love Mumbai. Watch it to find out which of the stories you resonated the most with and let us know on our Twitter handle: @News18Movies