Neha Kakkar posted a message to her Instagram stories on Saturday urging people "to stop making anybody feeling so bad that they start thinking of ending their life."

While popular Bollywood singer Neha Kakkar is busy touring the country, her personal life has once again taken centre stage. Only recently, she was in media news over her break up with ex-boyfriend Himansh Kohli and now her name is being linked to the finalist on Indian Idol 10, Vibhor Parashar. The two have been performing in cities together of late, sparking rumours of dating.

However, Neha, shared a note on Saturday to her Instagram stories and hinted that she might be undergoing depression and has urged people "to stop making anybody feeling so bad that they start thinking of ending their life."

She later followed her long note by assuring fans that she was alright and would be performing at a concert later in the day. See posts by Neha here: 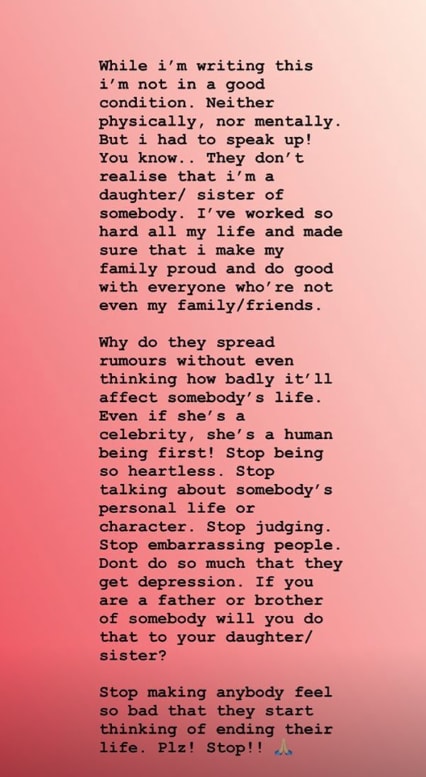 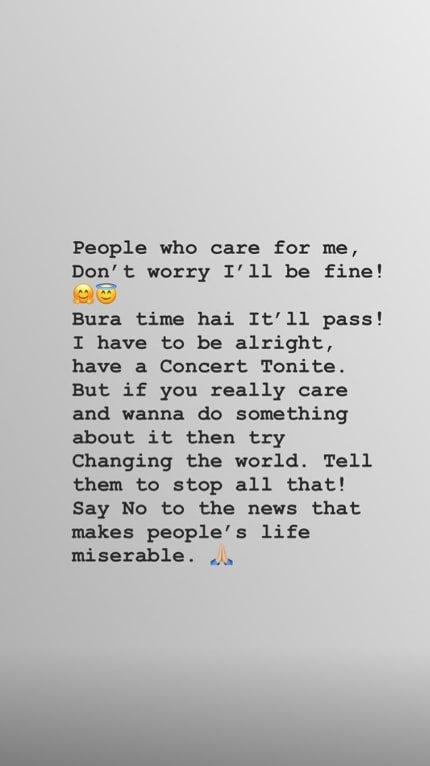 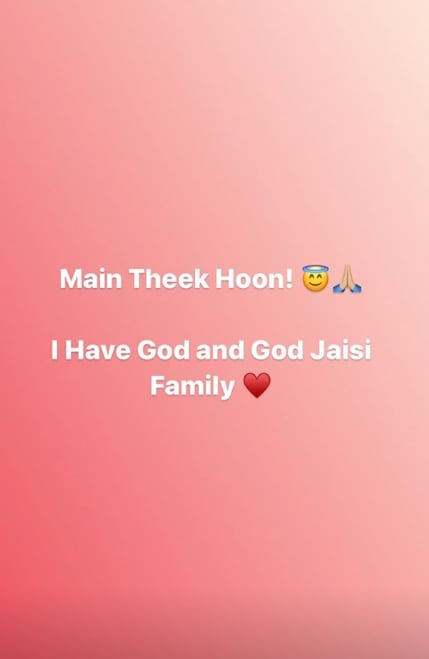 Vibhor, on the other hand, has refuted rumours of them dating. He was quoted as saying, "“You should take it as a rumour. People have sh** mentality. If someone is helping you build your career, it is because they see some talent in you. Just because I don’t tag her as didi (sister) on Instagram, everyone starts thinking that she is my girlfriend."

Earlier in February, Neha had admitted to being in depression post her split with Himansh, but never stated why the two parted ways. The singer had opened up about the rough phase she's going through post break-up by sharing a series of heart-wrenching notes stating that she gave away everything and got nothing in return.

Read: Neha Kakkar Shares Emotional Posts After Break-up with Himansh Kohli, Says I Gave Away Everything