Home » News » Movies » Nick Jonas is in India With His Parents: Is Priyanka Chopra Going to Make it Official?
1-MIN READ

Nick Jonas is in India With His Parents: Is Priyanka Chopra Going to Make it Official?

Priyanka Chopra's rumored beau Nick Jonas is once again back in India, but this time he's not alone. He has come here with his parents.

Seems like 2018 has become the year of impending marriages in Bollywood. From Deepika Padukone to Priyanka Chopra and Alia Bhatt, the B-town divas are making headlines for their speculated relationships. Leading them is Quantico star Priyanka Chopra and Nick Jonas, who have clearly become the talk of the town. If reports are to believed, the two may make it official very soon.

Priyanka and Nick have been bonding with each other’s family for quite some time now. While Priyanka accompanied Nick at his cousin Rachel Tamburelli’s wedding in New Jersey, Nick met Priyanka's mother Madhu Chopra in June.

Nick is once again back in India, but this time he's not alone. He has come here with his parents, Denise Miller-Jonas and Paul Kevin Jonas Sr. The Jonas family was spotted at Chhatrapati Shivaji International airport in Mumbai on Thursday evening . People reported that Nick is here with his parents to meet Priyanka's family. 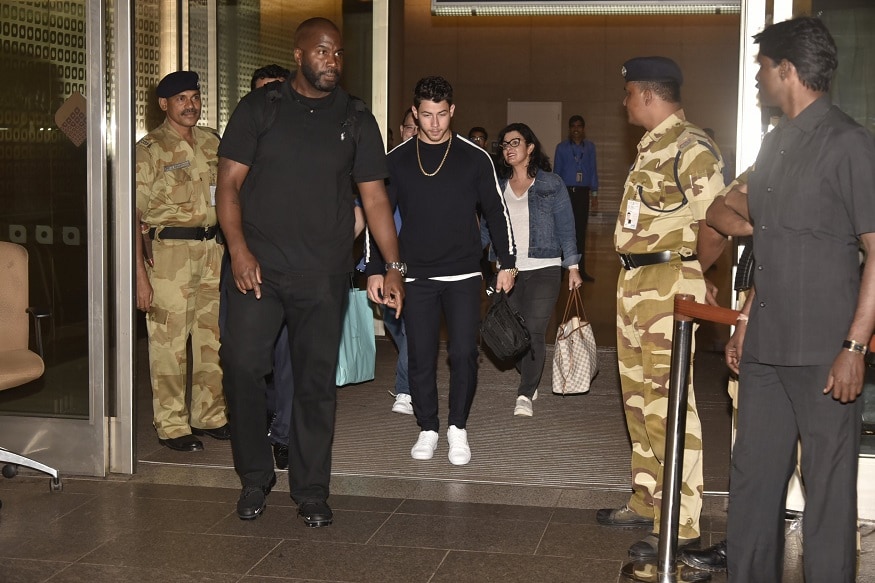 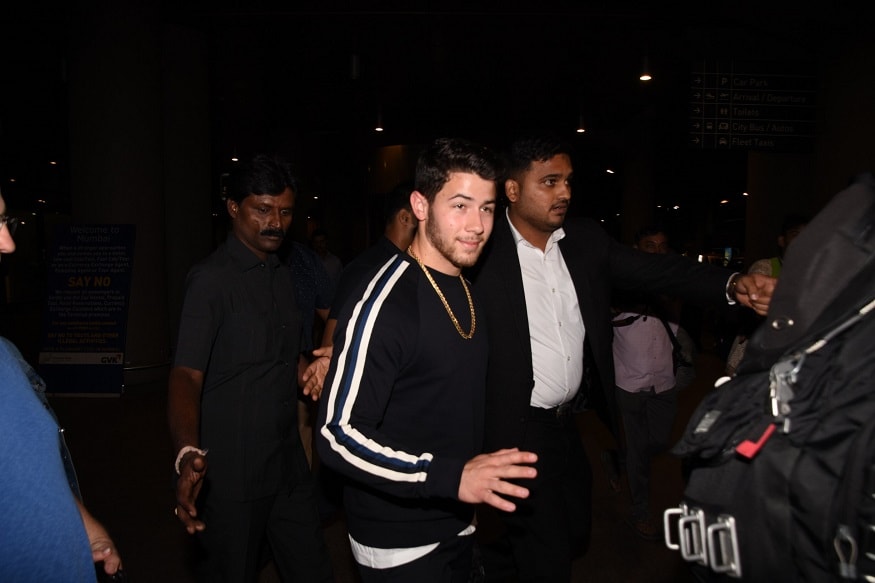 Also it was recently reported that Priyanka has invited her immediate circle for a bash in Mumbai on August 18 — a month after her 36th birthday when Nick reportedly proposed to her. “Priyanka has sent out messages to close friends and family members to set aside time on August 18 for a party. "Those close to the The Sky is Pink actress feel that she may make an official announcement about her relationship status at the bash. However, the venue of the do has been kept under wraps,” DNA quoted a source as saying.

Nick and Priyanka stayed in touch after hitting it off last year at the 2017 Met Gala. Even though multiple publications have claimed that the two are engaged, neither Priyanka nor Nick has actually confirmed their engagement.
Tags