The Jonas’ are a tightly-knit family and never lose out on an occasion to shower love at each other. On sister-in-law Danielle Jonas’ birthday, actress Priyanka Chopra, one of the newest additions to the clan, posted a beautiful picture with her to extend greetings.

Along with the pic on her Instagram story, Priyanka wished her fellow J-sister “love and happiness”. Danielle is married to Kevin Jonas, the older brother of Nick Jonas, Priyanka’s husband. The photograph showcases Priyanka and Danielle rocking white gowns as they pose together. It was captured during the Grammy Awards when they both had a bit of “Disney princess moments”. 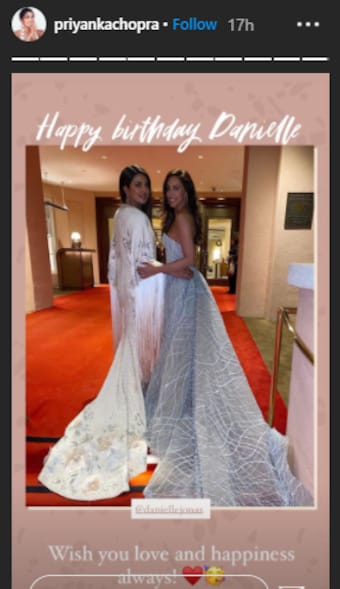 disney princess moment at the Grammys 💕

Nick Jonas, too, posted a picture with Danielle to wish the reality TV personality and actress on her birthday. The photo is from Joe Jonas and Sophie Turner’s wedding and the singer wrote: “Happy birthday, Danielle. Miss you guys so much.” Priyanka and Nick are currently staying in Los Angeles. 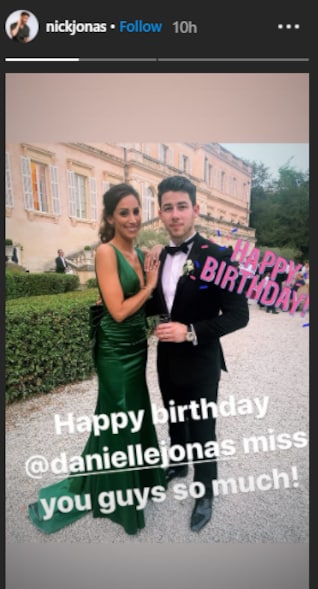 “Papa Jonas” Paul Kevin Jonas Sr. and brother-in-law Joe Jonas also wished Danielle via social media posts. Husband Kevin wrote, “How did I get this lucky?” as the caption on Danielle’s birthday post.

Danielle’s birthday came just days after Nick’s birthday. That time, Priyanka had posted a sweet video compilation on Instagram. Captioning it as: “So grateful you were born. Happy birthday my love. @nickjonas”, the video featured several candid moments of the Jumanji star.

So grateful you were born. Happy birthday my love. 😍❤️🎉 @nickjonas