On Dino Morea's Birthday, Bipasha Basu Wishes Him with a Throwback Picture

Dino Morea turned 43 on Monday and one of the most special wishes came from his first co-star and former girlfriend Bipasha Basu.

Dino turned a year older on Monday, December 9, and his fans and followers showered him with love and greetings on his special day. One of the most special wishes came from his first co-star and former girlfriend Bipasha Basu.

The actress wished him a very happy birthday with a throwback photo of the two of them in her Instagram story. Both, Dino and Bipasha are smiling widely at the camera in the old picture. 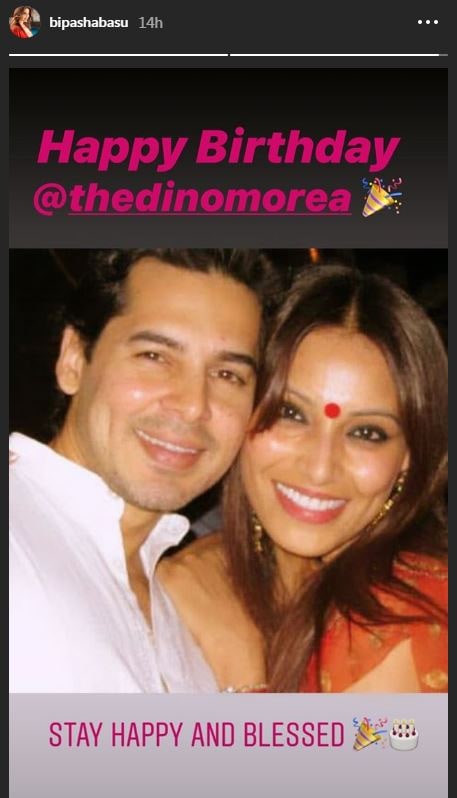 The Gunaah actor was quick to respond with a thank you to Bipasha's wish. 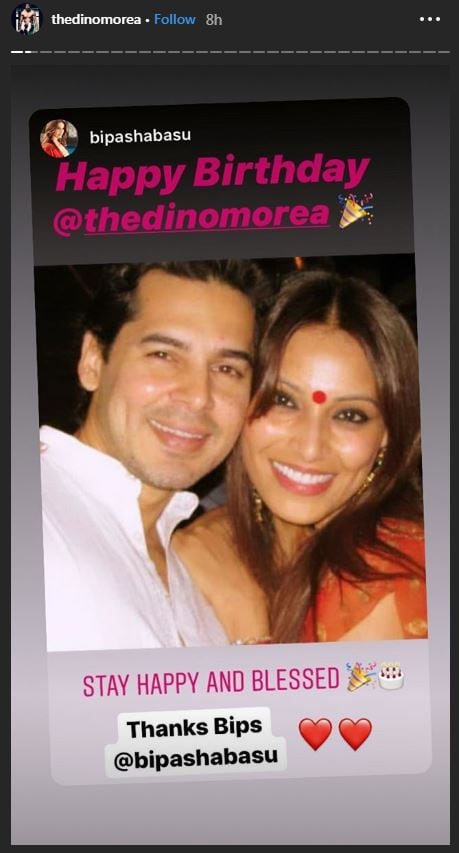 Dino and Bipasha have appeared in several Bollywood films together, including Vikram Bhatt's Raaz, which was a success. The two were in a much-publicised relationship from 1996 to 2002.

Speaking about their relationship at a magazine cover launch back in 2015, Dino had said, "I was young, so was she. I was the first date that she had in Bombay. In the past, I've worked a lot with Bipasha. She was great to work with."

Bipasha subsequently went on to date John. That long-term relationship ended a few years ago, after which she married actor Karan Singh Grover.