On Richa Chadha's Birthday, Ali Fazal Describes 'How Beautiful and Lovely' She is in Love-Filled Post

Ali Fazal shared a long note on Instagram and some goofy pictures to profess his love for Richa Chadha on her birthday.

Ali Fazal posted an adorable birthday wish for girlfriend Richa Chadha on Instagram, that included a bunch of pictures and a long note saying how much he appreciates her presence in his life. 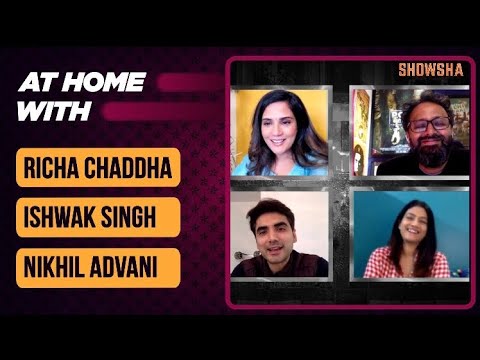 The first photo in the series is that of Ali making a claw with his hand as he poses with Richa and her cat. In the caption alongside, the actor wrote, "I have no idea why i decided the claw. And that lovely expression. But my love. It was indeed the best night- to be with you. And to be able to tell you, how beautiful and lovely you are among other rather lenghthy adjectives . And that they will never really get to the versions of you i cherish and have the privilege of knowing. Happy Brthday Habibti! Onward and upward!! The last picture is you in your clumsy self sunkissed!! Thats how i see you... hehe. @therichachadha."

Ali and Richa have been dating each other for more than 5 years. Richa moved in with the actor after returning from their Egypt tour last month. While their wedding, which was initially planned for April this year, has been postponed, the lovebirds have taken a new step towards their life together.

In an interview to Mumbai Mirror, the actress had shared that the lease of her previous apartment was already expired in March, however, due to the COVID-19 lockdown, she couldn't shift to the new place. The actress said that it's good that they will finally be able to take decisions together.