On its face, Fanney Khan is plain Bollywood melodrama that neither elaborates nor makes any relevant or important comment on society's failure to address one of the most hotly contested issues of body shaming.

I distinctly remember discussing the sudden rise of promotional strategies in Bollywood with a renowned director, who at the time, told me that one of the reasons why most makers are going overboard with marketing tactics is because they don't trust their content, and it is exactly why in this desperation they often tend to over promise. Rakeysh Omprakash Mehra and Anil Kapoor's latest co-production Fanney Khan is probably one of those ventures.

On its face, Fanney Khan, with a theme trying to masquerade itself as more timely than ever, is plain Bollywood melodrama that neither elaborates nor makes any relevant or important comment on society's failure to address one of the most hotly contested issues of body shaming. 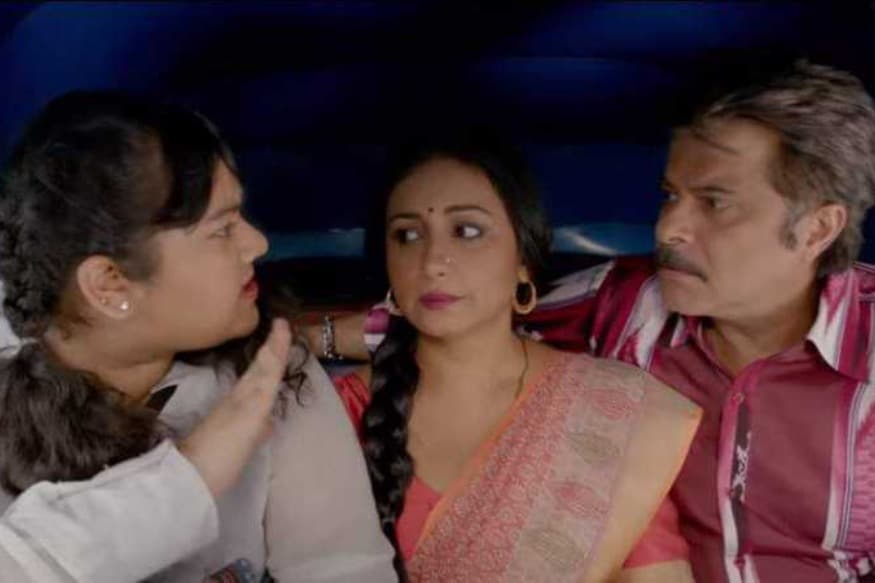 In the film, Lata Sharma, played by debutante Pihu Sand, never allows her weight to prevent her from chasing her dreams. She wants to be a successful singer like her idol, Baby Singh (Aishwarya Rai Bachchan). Her father Prashant Sharma aka Fanney Khan (Anil Kapoor), an ardent fan of Mohammad Rafi, is a factory-worker and part-time vocalist in a local orchestra. He too wants to become a celebrated singer like Rafi but his financial condition stands in his way. Years later, he sees his overweight teenage daughter as extension of himself and goes to great lengths to make her succeed. In short, he pins his hopes on her and attempts to make up for his own failed dreams. He even says, “Main Mohammed Rafi toh nahi ban saka lekin tere ko Lata Mangeshkar zaroor banaaunga (I couldn't become Rafi, but I will surely make you Lata Mangeshkar).”

The problem of the film’s narrative is that it focusses on Kapoor’s character, so much so that it feels like a story of a pushy parent who resolves his unfulfilled ambitions through his daughter (and, here I thought it would tackle body shaming). Another tonal problem with Fanney Khan is that Pihu’s character is considered a problem to be fixed even when she is more self-assured, and comfortable in her own skin. Pihu Sand in a still from Fanney Khan trailer. (YouTube)

It seems ridiculous of a judge to call her fat when she dares to wear a flashy dress for her singing competition. Like we get it she is overweight, but the director doesn’t have to incorporate scenes like such to prove his point. Until when plus-sized characters will continue to be defined by their sizes in the films? Is it that difficult to humanise these parts?

On the other hand, director Atul Manjrekar has given a good amount of space to gorgeous, glamorous and successful Baby Singh to talk about her complexities (because, of course, we value “beauty”). Even though Aishwarya’s character does reflect on how misogyny and sexism is embedded in every institution of our society and why it’s high time for a change of attitude towards women, the impact of it only seems inconsequential. More shockingly, her character, or for that matter any character in the film, doesn’t involve in any kind of conversation surrounding body positivity. The makers of Fanney Khan have only made claims that the film grapples with the issue of body image, especially when all it does is consistently uses its plus-sized character as an insult.

So here's a suggestion; dear Bollywood, it’s best to avoid any sensitive topic when you don’t have the vision and strength to take a stand and explore the subject.

Watch the trailer for the film here: