The Supreme Court rejected pleas by Rajasthan, Madhya Pradesh governments on Tuesday banning the release of Padmaavat. It also dismissed a plea by the Karni Sena. “Our order must be followed by one and all. States can't show helplessness in maintaining law and order. States have a duty to abide by SC orders. Don't watch if you don't want to but there can't be a ban on screening,” the court said. The Supreme Court quashing pleas have raised tensions across the state of Madhya Pradesh. CM Shivraj Singh Chouhan has said that the government will approach the apex court with another review petition.

The Supreme Court quashing pleas against the release of Sanjay Leela Bhansali's Padmaavat has raised tensions across the state. CM Shivraj Singh Chouhan has said that the state government will approach the apex court with another review petition. 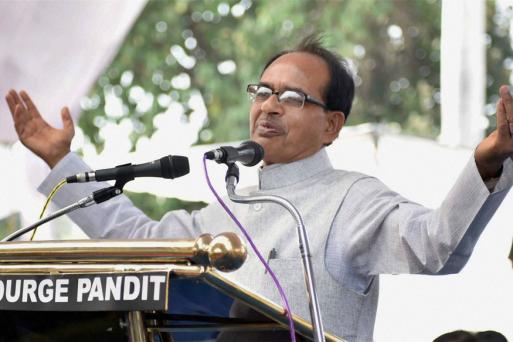 CM Shivraj Singh Chouhan said that the issue pertains to public sentiments more than that of law and order. He, however, did not specify when this petition would be moved before the SC.

Speaking to the media after the Supreme Court dismissed the plea of the Rajasthan and Madhya Pradesh governments seeking a ban on the film, Lokendra Singh Kalvi, patron of Karni Sena, said: "It is disheartening to know that the Supreme Court hasn't respected the public sentiments.However, now we are standing the in people's court and are confident that people will support us to observe junta curfew," The Supreme Court rejected pleas by Rajasthan, Madhya Pradesh governments on Tuesday banning the release of

Karni Sena agrees to watch the film after Padmaavat makers reach out to them again. Sudarshan TV's Editor Suresh Chavanke to mediate the meeting in a special screening organised for the fringe outfit: Sources

Deepika Padukone on Tuesday visited Siddhivinayak temple to seek blessings after SC's ruling. The actor, who remained unfazed during the entire controversy, kept away from the media glare. But her brave comments on social media protecting an artist’s right to express were highly crticised by Karni Sena. National award winner and member of the comedy-musical group "Aisi Taisi Democracy" Varun Grover in his latest stand-up act -- Padmaavat & The Parrot -- narrates the story of Padmaavat. From taking several digs at the protesters and Shahid Kapoor to naming the real culprit behind Bhansali's epic saga, Grover covers it all.

"Fear of Karni Sena is such that Cinepolis has not only stopped online booking of 'Padmaavat'. It cancelled 50 bookings after a group of Karni Sena activists protested and threatened the staff members," an official of district administration said. 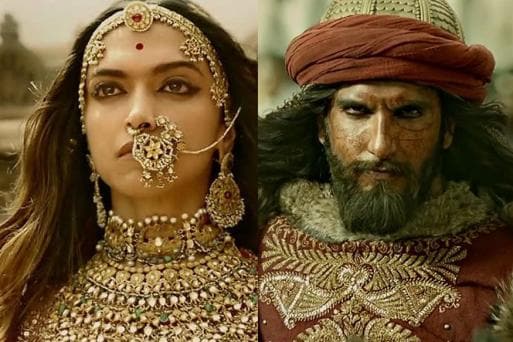 In Patna, online bookings for the movie were stopped following protest and threat by Karni Sena's activists.

Keeping the community's sentiments in mind, CBFC suggested the makers to redo the song 'Ghoomar' from the film, covering Rani Padmavati's exposed midriff. A decision ridiculed by many.

In Madhya Pradesh, a fringe group Hindu Sena has decided to stage a unique protest by worshiping lathis. According to them if any theater in the state shows the movie, it will be greeted with lathis.

The Karni Sena has approached the Supreme Court with its plea that history and historical characters have been distorted. A bench of the apex court said, “We are not historians. This movie has been seen by historians and academicians too. There are two disclaimers in the beginning of the movie as well. Most importantly, Censor Board has cleared it.”

Governments of Haryana, Gujarat, Madhya Pradesh, Rajasthan had declared that they will not allow screening of the movie, for hurting Rajput community sentiments and fearing disruption of law and order in the states.

SC heard the plea of Padmaavat makers and ruled in their favour asking states to lift the ban imposed on film. The CJI said that even 'Bandit Queen' passed the test of the court. "In Delhi High Court, I had also given a judgment on 'Dhobi Ghat'. I dismissed the petition to ban the movie by imposing a cost of Rs 25,000 on the petitioner," he said. The court said that conditional freedom can't wait for a day. Governments of Haryana, Gujarat, Himachal Pradesh, Madhya Pradesh, Rajasthan and Uttarakhand have declared that they will not allow screening of the movie, which also stars Shahid Kapoor and Ranveer Singh in lead roles.

Supreme Court rejects the plea of MP and Rajasthan governments to ban the film in the state. The Court said, "States can't show helplessness in maintaining law and order. They have a duty to abide with SC orders. Governments and people must understand there is a SC order.Don't watch if you don't want to but there can't be a ban on screening."

The governments of Rajasthan and Madhya Pradesh moved the Supreme Court on Monday, seeking modification of its order allowing pan-India exhibition of controversial movie Padmaavat, which is scheduled for release on January 25.

In their submission to the Supreme Court, the Rajasthan and Madhya Pradesh governments contended that they were empowered under the Cinematograph Act to stop exhibition of a movie on grounds of law and order.

Extending an olive branch, Padmaavat director Sanjay Leela Bhansali invited Karni Sena for a screening of the film. The request was rejected by the fringe outfit.

The production company sent a missive to Shree Rajput Karni Sena and Shree Rajput Sabha Bhawan, its leaders claimed but alleged that the move was only a ploy

In protest of SC's order to screen Padmaavat, thousands of women brandishing swords took out a 'Chetavani Rally' or a warning march in Rajasthan's Chittorgarh town to warn the authorities to stop the release of  Snajay Leela Bhansali's movie or else be prepared for 'jauhar' by them. Among the protesters were women, said to total 1,908, who have already registered for performing 'jauhar' (committing suicide by jumping into fire) in Chittorgarh. (Read the full story here)

Karni Sena held a protest in Ujjain to demand state-wide ban Padmaavat. The Karni Sena, an organisation of the Rajput community, staged blockades by burning tyres on roads connecting Ujjain to Nagda, Dewas to Maksi and Agar to Kota.

In Gujarat, Rajput organisations have stepped up their tirade against screening of the movie despite a Supreme Court directive asking four states, which had banned the release of the movie, to ensure it is screened. Meanwhile, the Gujarat government maintains that it will study the Supreme Court order before taking an appropriate decision in the matter.

"You can protest as you like...If you are nationalist don't watch the movie. If once they suffer loss then they will never distort history & facts in future. Burn or vandalise theatres, its up to you, but don't the watch movie," Raja Singh, Hyderabad BJP said.

Veteran filmmaker Shyam Benegal on Thursday hailed the Supreme Court's decision to strike down the ban against Sanjay Leela Bhansali's Padmaavat in some states, saying it is clearly the victory of freedom of expression in the country. "The controversy is over. The film will be shown all over the country. The CBFC has anyway cleared the film and the Supreme Court has endorsed it. There is nothing to stop it except some people like (those from) Karni Sena and whoever they are... If they prevent it, then there will be a law and order situation, and the state government can take action against them," Benegal told IANS over phone.

The Supreme Court paved the way for an all-India release for Padmaavat on January 25 by staying the operation of orders banning the release of the film by the Gujarat, Rajasthan and Haryana governments. Rajput fringe outfit Karni Sena along with few politicians have raised objection over the film based on the Rani Padmini from Chittor.