With just over two weeks left for its release, protests against Sanjay Leela Bhansali's film Padmavati have got shriller. Rajput organisations have spread their demonstrations to other parts of the country, including Bengaluru.

The protesters allege the film shows the legendary Rajput queen Padmavati and her community in poor light - which has been denied by the makers of the film. The latest to hit out against the film is Maharashtra BJP MLA Ram Kadam.

In the wake of a controversy over the movie Padmavati, the Congress on Wednesday said if there are scenes that hurt the sentiments of a particular community the same need to be reviewed.

10:30 am (IST)
The Uttar Pradesh government on Wednesday wrote to the Union Secretary of Ministry of Information and Broadcasting requesting them to ensure that the prospects of public outrage and unrest over the Bollywood film Padmavati are considered. In the letter written by the state home department, the I&B official was asked to also ensure that the public view and dissent on the matter was taken into consideration before the film is certified.

Speculation is rife that CBFC chief has watched the film and has found nothing objectionable in it. However, in a statement given to News18, he clarified that he hasn't watched the film nor expressed any views regarding it and that the film will follow the due process at CBFC.

MNS comes out in support of Sanjay Leela Bhansali.

5:25 pm (IST)
Karni Sena Calls for Bharat Bandh on December 1. "We will hold rallies across the country, including Gurugram, Patna, Lucknow and Bhopal before the release date," Lokendra Singh Kalvi, founder-patron of the Shri Rajput Karni Sena, an organisation of the Rajput community, told the media He claimed that as per the Cinematography Act, the government can withhold the release of a movie for three months even after a go-ahead by the Central Board of Film Certification and it can be extended further. 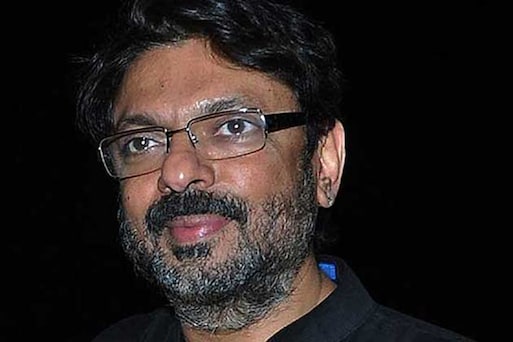 However, the Indian Film and Television Directors' Association (IFTDA) has thanked Chief Minister Devendra Fadnavis for the security cover to Bhansali who lives and works in Mumbai.

Courtesy the varied controversies Bhansali's film has been mired in, Padmavati managed to grab attention much before the release of its trailer.  The first song from the magnum opus titled Ghoomar tapped into the traditional dance form of Rajasthan and gave it a majestic spin with Bhansali's vision.

Actor and filmmaker Farhan Akhtar extended his support to Bhansali amid the entire controversy. Farhan said, "Don't treat the audience like children. Let them decide on their own to watch the film or not."

BJP MLA Ram Kadam has added that he has asked Bhansali to remove the 'objectionable scenes' from the film and if the director doesn't comply with the demand the Union will make sure that none of his films see the light of the day in future.

2:43 pm (IST)
Rajasthan Women Commission has now jumped in Padmavati controversy. The Commission has issued a show cause notice to CBFC asking to check that no historical fact has been distorted in the film and to respond within 5 days. The Commission's chairperson Suman Sharma has criticised Bhanshali, saying, " Padmavati is a symbol of Indian women pride and we can't permit him to distort the fact."

2:23 pm (IST)
BJP MLA Ram Kadam on Wednesday said Bhansali should not test the patience of the film union. Kadam, who is also the head of Film Studio Setting & Allied Majdoor Union, insisted that he was speaking as the chief of the union and not as a BJP lawmaker.

Padmavati starring Deepika Padukone, Shahid Kapoor, and Ranveer Singh in key roles, has become a bone of contention for some Hindu groups and political parties who claim that the film distorts history and portrays Rajput queen Padmavati in a questionable light.

BJP MLA from Maharastra Ram Kadam has sought a ban on the release of Padmavati.  “Will take a decision this afternoon. Our union won't support person who distorts history for publicity of his film, will demand ban. If Bhansali doesn't agree, our union won’t let him shoot any film,” said Kadam who is also the head of Film Studio Setting & Allied Majdoor Union.

The protesters have been burning posters of the film in various parts of Rajasthan and Gujarat. The latest news comes in from Bangalore where the Rajput group is holding a protest against the film.

1:37 pm (IST)
Another politician to talk about the controversy is Shashi Tharoor. The Congress MP took to Twitter to share his opinion and added that focus should be on the women issues in Rajasthan today and not on a 3-hour long film.

Agree totally. The #Padmavati controversy is an opportunity to focus on the conditions of Rajasthani women today &not just of queens six centuries ago. Rajasthan’s female literacy among lowest. Education more important thang Hoog hats https://t.co/82rvGmkfwO

Cine actress Deepika Padukone giving us lecture on regression!! Nation can progress only when it is regression from her perspective. 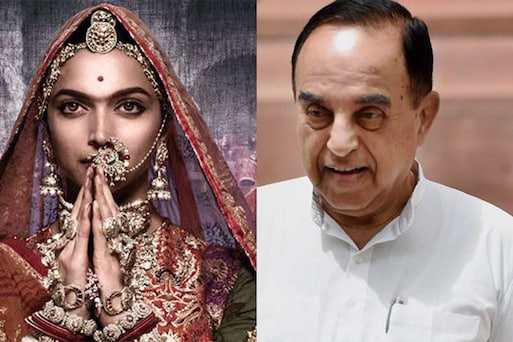 Swamy told CNN-News18 that the actor had no right to give a lecture on regression, adding that the actress is not even an Indian citizen.

The entire controversy took another ugly turn when Deepika Padukone talked about the entire row and said, "It's appalling, it's absolutely appalling. What have we gotten ourselves into? And where have we reached as a nation? We have regressed."

National President of Akhand Rajputana Seva Sangh, R P Singh, told News18 that consultant Mahavir Jain, who introduced himself to Singh as a mediator between Sanjay Leela Bhansali and Viacom 18, has given him the confirmation that the film’s production house is ready to show the movie. Rajput groups and some BJP members have accused Bhansali of distorting history in the movie, starring Deepika Padukone, Shahid Kapoor and Ranveer Singh.

Bhansali said the period drama, featuring Deepika Padukone as queen Padmavati, Ranveer Singh as Alauddin Khilji and Shahid Kapoor as Rawal Ratan Singh, is his tribute to the sacrifice, valour and honour of Rani Padmavati. Salman, who has worked with Bhansali in Khamoshi, Hum Dil Chuke Sanam and Saawariya, feels that no decision should be made without watching the film.

The same support came from within the industry when the likes of Javed Akhtar, Karan Johar, Sudhir Mishra, Hansal Mehta spoke in favour of Bhansali and condemned the 'street censorship' and protests by Rajput fringe outfits.

After Karan Johar and Javed Akhtar lending their support to Bhansali's magnum opus, filmmakers Sudhir Mishra and other members from the Indian Film and Television Directors' Association (IFTDA) have come out in his support. 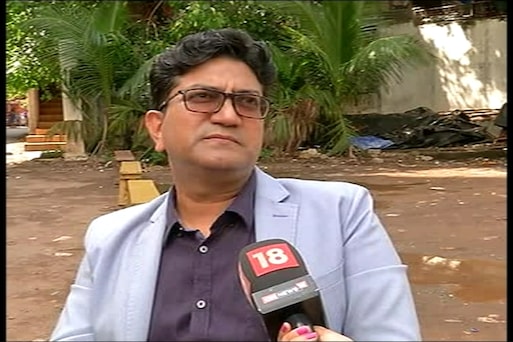 Later General Secretary of the Uttar Bharatiya Morcha, BJP, Arjun Gupta, said, " The whole country, not just the Rajput community, is standing against the film. Bhansali needs to be severely punished by being tried for treason for his attempt to distort history so that in future any filmmaker is wary of these kinds of projects." Filmmaker Sanjay Leela Bhansali has maintained that his movie is a tribute to the valor of Rajput queen Rani Padmavati. The film had courted controversy in the state with members of a Rajput group, Karni Sena, holding protests against the film starring Deepika Padukone, Ranveer Singh and Shahid Kapoor, alleging distortion of historical facts by the filmmaker.

1:08 pm (IST)
The protests picked up after the release of the trailer, which was otherwise appreciated by the film fraternity and fans.

The production house then told the Rajput body that there is no romantic dream sequence between Rani Padmavati and Alauddin Khilji in the film. Representatives of Bhansali Productions Private Ltd, including its CEO Shobha Sant and Associate Producer Chetan Deolekar, met with the office bearers of all the social organisations under the Shree Rajput Sabha in Jaipur.

The first attack happened in Jaipur where Bhansali was roughed up by members of the Rajput Karni Sena, who also stopped the shooting by damaging the set at Jaigarh Fort. The attackers alleged that the director was "distorting facts" in the movie which is about Alauddin Khilji's obsession with Rani Padmavati.

Deepika Padukone in a still from the movie Padmaavat. (YouTube/ Bhansali Productions)