Umesh Bist's new Netflix drama Pagglait starring the spirited Sanya Malhotra, takes the set-up of an untimely death, and gives it a new and refreshing twist.

A once-upon-a-time television advertisement talks about how a young divorcee takes care of her ex-mother-in-law. When the older woman asks why the young girl is so dedicated and considerate, pat comes the reply: “I divorced your son, not you”. In a very strong way, director Umesh Bist’s ( known for shorts and television serials) Pagglait follows this heart-tugging selfless theme.

Of course, Pagglait, also penned by Bist and has just begun rolling on Netflix, has a plot which may not seem very unique, although the subject here in this case has been dealt with great subtlety. We have seen, time again, how the death of a patriarch brings the best and the worst in his relatives. The 1998 Cannes Competition entry, a French drama, Those Who Love Me Can Take The Train, explores how his nearest and dearest ones brutally lambast the dead man, a minor painter who revelled in promiscuity. More recently in 2019, there was Ramprasad Ki Tehrvi with Naseeruddin Shah, Supriya Pathak, Vikrant Massey, Vinay Pathak and Konkana Sen Sharma. When Ramprasad (Shah) passes away, his family that gathers is hell-bent on running one another down causing untold misery to his widow, a nasty argument being who will look after her. 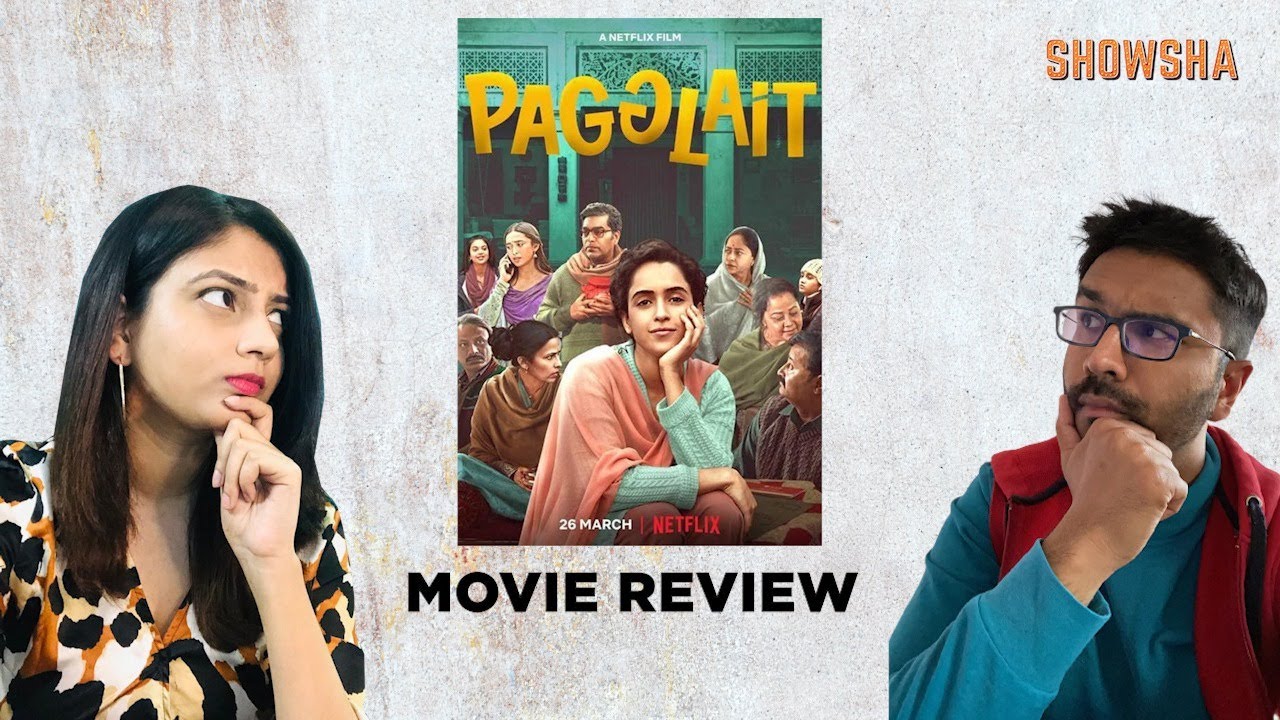 Despite the fact that Bist’s feature tackles the same concept, it takes a different route, a refreshingly different one. Sandhya, essayed with spirited ease by Sanya Malhotra, has lost her very young husband. They had been married barely for five months. Her best friend,Nazia (Shruti Sharma), comes down to confort her, while Sandhya’s father-in-law (Ashutosh Rana) and mother-in-law (Sheeba Chaddha) remain devastated. They are also in a deep financial crisis, having taken a huge housing loan. The man does not even have a source of income, the son having taken on the responsibility of caring for his parents and young wife, who has also been listed as the sole nominee in his life insurance policy for Rs 50 lakhs. This becomes a source of rancour and rage among his relatives. They even try to bribe the insurance agent to wangle a deal that will get them a good part of the insurance money.

It is a scary and hugely tricky situation. The elderly couple are not just buried in grief, but also at a loss to find a way to meet the financial commitments left by their son.

But Sandhya seems much less unhappy. As she tells friend Nazia, “I just do not feel anything”. Obviously. The marriage was arranged by the two families, and Sandhya had very little time to even get to know her partner. Later on, she says that she did not even know what his favourite colour was, and the man himself was a quiet sort of guy, kept to himself and hardly conversed with his new bride.

Midway, we realise that the husband had a girlfriend from his college days; she is Ananya (Sayani Gupta). They could not marry, but later found comfort in the fact that both landed a job in the same company. When Sandhya finally meets Ananya, she is bewildered by the smallest details the “other woman” knew about him. But Ananya’s quick assurance that Sandhya’s husband never cheated on her (sexually I would presume) soothes and placates the young widow, and the two young women bond in a disarming way.

However, what is more fascinating than this comes right at the end, turning the work into a remarkable study of human kindness. Sandhya’s compassion – without the usual Indian cinema melodrama, tears and all of that — for her parents-in-law is heart-tugging that completely transforms the movie into something that is worth pondering over.

I am going with an extra star for the manner in which Bist calls cut with a beautiful message.