Parth Samthaan seems to have injured his leg recently, but the actor assured fans he is on the road to recovery.

Kasautii Zindagii Kay actor Parth Samthaan got his fans worried on Friday, when he shared a photo of his injured leg on his Instagram story. Though he didn't say how he injured himself, the actor informed his fans that he is doing fine and has "almost recovered." 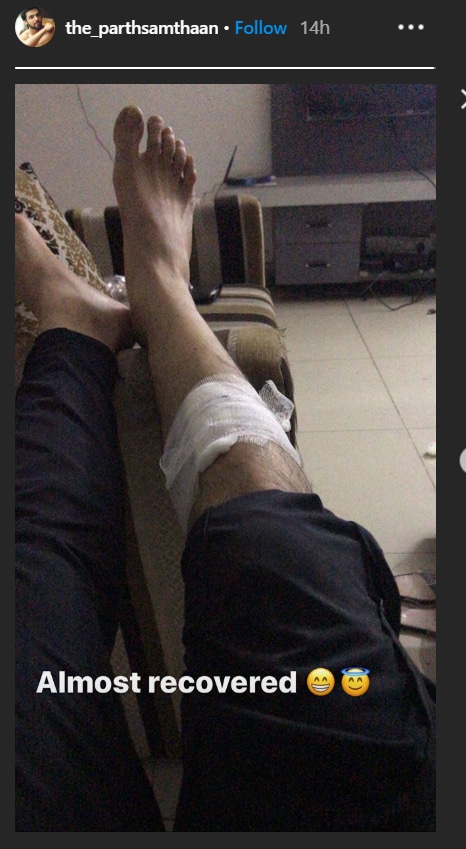 Shooting for Kasautii Zindagii Kay is going to resume soon. Parth had travelled to Hyderabad during the lockdown and kept sharing pictures and videos from there. He seems to be back in Mumbai for the shoot.

Erica Fernandes, who plays the lead role opposite Parth, recently said that she is not looking forward to resume shooting. Maharashtra Chief Minster Uddhav Thackeray had announced that shoots will be allowed to resume provided people followed the rules of social distancing.

But Erica told Pinkvilla, "It's not a simple question of yes or no. There is a lot to it. People have been out of work for a very long time. Some do not have the luxury of making a choice if they should get back to work or not. But if you personally ask me, I am not up for it, not now at least, maybe a little later yes, and this is due to multiple reasons."

Meanwhile, the show needs a new actor to play its antagonist. Hunt for a replacement for the role of Mr Rishabh Bajaj is on, after Karan Singh Grover, who earlier essayed this role, refused to start shooting anytime soon. Names such as Karan Patel, Gaurav Chopra and Sharad Kelkar have been doing the rounds.