While many celebrities are joining the ‘pawri’ trend online, celebrity kids are doing the real party. Sohail Khan’s son Nirvan Khan and Saif Ali Khan’s son Ibrahim Ali Khan were spotted partying with their friend Orhan Awatramani. In the many pictures shared by Orhan on his Instagram handle, the two can be seen having a great time with their friends. Joining Ibrahim and Nirvan were YouTuber Meghna Kaur and Zaara Gidwani, who is also friends with Sanjay Kapoor’s daughter Shanaya Kapoor.

In the pictures, Nirvan can be seen wearing a denim jacket with black T-shirt and jeans while Ibrahim was wearing blue jeans with black shirt. 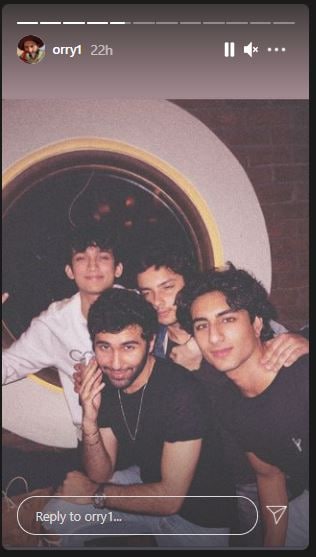 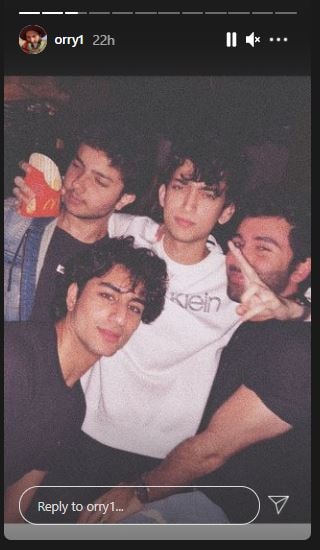 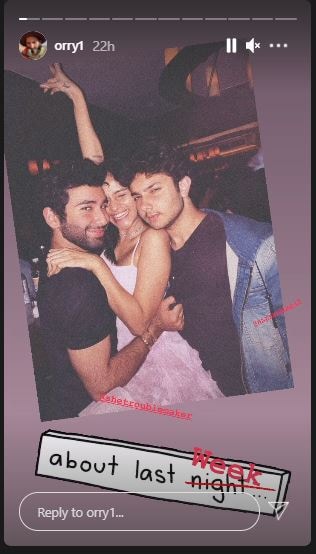 Ibrahim is the son of Saif Ali Khan and actor Amrita Singh and is the younger sibling of Sara Ali Khan. Nirvan’s parents are Sohail and Seema Khan. As visible from these latest pictures, the two star kids are friends with each other.

Nirvan is partying a month after he was booked for violating Covid-19 norms along with father Sohail and uncle Arbaaz Khan. The trio had returned from Dubai and were asked to stay at a hotel in quarantine, however, they chose to go home instead. Brihanmumbai Municipal Corporation had filed an FIR against the three after they had returned on December 25.

Ibrahim, the 19-year-old star kid was recently clicked by the shutterbugs when he was visiting Saif and his wife Kareena Kapoor Khan. who are expecting their second child together after Taimur Ali Khan.

Ibrahim aspires to be an actor as confirmed by her sister and father. He recently modelled for fashion designers Abu Jani and Sandeep Khosla.

Speaking about Ibrahim’s career choice, Saif had previously said that he would like his son to complete his studies first and then join the entertainment industry. The father certainly supports Ibrahim’s decision as he believes that it would be a good choice for him because Ibrahim is good looking and charming.