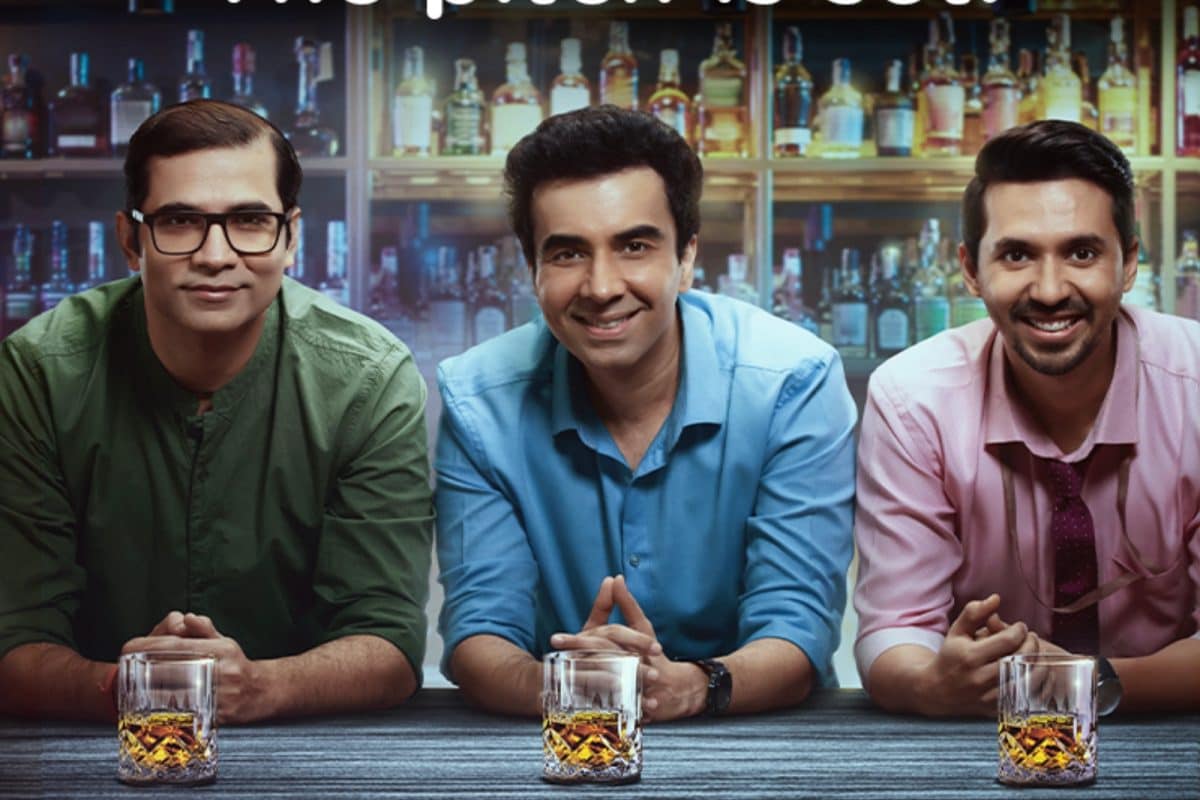 Pitchers Season 2 starring Arunabh Kumar, Naveen Kasturia, Abhay Mahajan and Ridhi Dogra revolves around their start-up company and their struggles to establish it.

Engaging, relatable, entertaining, and inspiring. These are some of the adjectives that would come to one’s mind while watching the five episodes of the Vaibhav Bundhoo directorial - Pitchers Season 2 - a continuation of the season 1 story that sees four hard-working individuals aspiring to establish their start-up company. While the series has already got a fan base who appreciated and loved the four friends - Naveen Kasturia (Naveen Bansal), Arunabh Kumar (Yogi), Jitendra Kumar (Jeetu) and Abhay Mahajan (Mandal), we see that Jeetu is missing from the series. A new addition is made to the team, Ridhi Dogra, who is like a breath of fresh air.

An uncomplicated story of young entrepreneurs who quit their jobs to kick off their own start-up company, and the struggles of helping the company thrive - the plot of Pitchers Season 2 can be described in just these two lines, but the show has got a lot more. The co-founders - Abhay, Mandal and Yogi, as well as the company employees, walk hand in hand for the survival of the start-up. They fight, make amends and then get back together irrespective of the challenges and difference of opinions, and these are the qualities which you will find relatable too.

The show is now returning after a long gap of 7 years and this time around, we meet the Pitchers 2.5 years after their tech start-up Pragati.AI was founded. The start-up is on the cusp of an expansion journey and is short of one co-founder - Jeetu. The original cast consisting of Naveen Kasturia, Arunabh Kumar, Abhay Mahajan, Abhishek Banerjee and Gopal Dutt are joined by new entrants like Ridhi Dogra, Sikander Kher and Ashish Vidyarthi who are seen in pivotal roles.

Speaking of the star cast’s acting - Naveen as Navin is definitely an all-time favourite. There’s something about his screen presence that sits well, and for Pitchers, it just feels like a good watch at all times. Arunabh, though calls himself an accidental actor, but he definitely is a seasoned one, and despite not having been on-screen enough, it is almost as if Yogi was a character meant for him - every bit of it. Abhay as Mandal continues to be the sweetest. Abhishek as Bhati is one of the most beautiful things about the series, and he gets back with a twist in his signature dialogue in the show.

Talking about the show’s plot, it has all the elements to keep one connected with the three co-founders of Pragati.AI. They are hellbent on making their startup company a success and leaving no stone unturned to make it happen. We get to see the growth of the start-up company and it now has a 25-member team. The co founders - Navin, Mandal, and Yogi are seeking investors who will help them take their start-up to the next level of growth. But with big dreams come bigger responsibilities and challenges. Whether or not the Pitchers will be able to survive this cut-throat world of start-ups, is what this season is all about.

Vaibhav Bundhoo who composed the tracks for the previous season has taken over the director’s role in season 2. The tracks and background score in S2, which are again by Vaibhav, essentially elevate the emotions of the characters portrayed in the series. With his expertise in music, we also see his craftsmanship as a director. Season 2 is very well-directed, executed, and created. Given there’s a change of location, the plot, and the addition of a bunch of people, everything’s captured and narrated well.

Moreover, what struck a chord for us is the right mix of all the necessary elements that are needed in a web show. With humour, inspirational quotes, punches, funny one-liners, friendship goals and the reality of the start-up world - Pitchers season 2 is a deep dive into the nitty-gritty of the entrepreneurial life.

Overall, Pitchers Season 2 is worth watching. You’ll enjoy the curiosity that the series invokes. You will surely like Naveen, Arunabh and Abhay in the series. Ridhi Dogra, Ashish Vidyarthi and Sikander Kher’s cameos are cherries on the cake. By the end of the series, you will end up thinking about having friends like the Pitchers co-founders!

Pitchers Season 2 is currently streaming on ZEE5 and TVF.

About the Author
Bhawna Arya
Bhawna Arya, Sub Editor at News18, is a cine buff, a lifestyle and fashion blogger who gets an adrenaline rush by being around calming music and cinem...Read More
Tags:
Read More