The results of General Elections 2019 came with Modi's landslide victory in the country and now, Bollywood is all set to take the political drama forward with the biopic, PM Narendra Modi, releasing today. The Vivek Oberoi starrer, directed by Omung Kumar, has been embroiled in a number of controversies.

The release date of PM Narendra Modi was pushed multiple times. The election commission had stated that the release of the movie before the election result is likely to tilt the balance in favour of a political party (BJP) while disturbing the level-playing field. It also pointed out that the movie has shown opposition parties (Congress and others) in a "poor light" and hence it should not be allowed to release until the elections are over. While we await the movie's box office fate, critics have already passed their verdict on the biopic PM Narendra Modi.

Producer Anand Pandit, who also hails from Gujarat, was seen serving tea to the media at the screening of the biopic PM Narendra Modi, celebrating BJP's landslide victory.

With Narendar Modi's win yesterday, the country is in an all time celebration mode. Producer Anand Pandit, who also hails from Gujrat, was seen on cloud nine yesterday at the screening of his latest film PM Narendar Modi as he humbly served tea to all of us in the media! #PMNarendarModi #ModiSweep @anandpandit @anandpanditmotionpictures

Actors Neil Nitin Mukesh, Shreyas Talpade and Riteish Deshmukh were among those from the film industry who sent their wishes to Vivek Oberoi and the team for PM Narendra Modi. Neil tweeted, "Here is wishing my dearests @sandip_Ssingh @anandpandit63 @OmungKumar and the entire cast and crew all the best for their film releasing today. God bless."

"My bestest of wishes to my dear friend to @vivekoberoi @OmungKumar @sandip_Ssingh and the entire cast and crew of #PMNarendraModi. Wishing them all the luck for this magnum opus. I am sure it is here to break all records. Go watch it in cinemas this Friday!" tweeted Shreyas.

Bollywood actresses Anushka Sharma, Vaani Kapoor and Pooja Hegde wished Arjun all the best on Twitter for the release of India's Most Wanted. In a short review, Anushka called the film gritty, gripping and real. Vaani called the film an absolute thrill ride, and Pooja said it was "a quick paced film with an entertaining screenplay."

Gritty, gripping and real. Well done team #IndiasMostWanted for backing the story of our unsung heroes. @arjunk26 you were amazing in the film! All the best to the entire team @foxstarhindi @rajkumar_rkg. Go watch!

Mid-day called PM Narendra Modi "far from being a well-rounded biopic," adding that "While disappointing, it's not surprising that the film worships its muse like a demi-God. It is utterly one-dimensional, with cardboard characters, few of who were not even worthy enough to be given a name by director Omung Kumar."

Some critics have called the PM Narendra Modi biopic a hagiography, saying that the prime minister has been painted in an incredibly good light. Firstpost gave it zero stars, with the reviewer writing, "The screenplay runs facts through a carefully chosen sieve and presents a new, rewritten history so far removed from recorded reality, that it bears little resemblance to the actual Modi."

India Today, in their review, said, "Vivek Oberoi did not have to act in the film. His impression of Modi is so off point that through the 2-hour-15-minute film, you are constantly comparing him to our Prime Minister and thinking... maybe Modi IS a better actor than Oberoi."

Arjun Kapoor's rumoured girlfriend Malaika Arora also turned up for the screening of the film yesterday. The fashion diva wore a backless, basic tank top with denims - the perfect combination for summer. The two also didn't shy away from the cameras and decided to pose with each other.

Janhvi Kapoor returned from a film shoot in Lucknow and headed straight for the screening of India's Most Wanted. The Dhadak actress was all praises for brother Arjun Kapoor post watching the film. She took to Instagram to share a poster of the film, saying that the story is about faceless heroes and their untold story about protecting our country. The Modi biopic, which was set to release on April 11, was left hanging after the EC announced that the biopic could hit theatres only after May 19. The makers of the movie had said that pushing dates will lead to huge losses for the distributors both at home and offshore. However, it looks like the tables have turned as the film is seeing rising interest after the landslide win of the Bharatiya Janata Party (BJP) in the Lok Sabha 2019 polls. 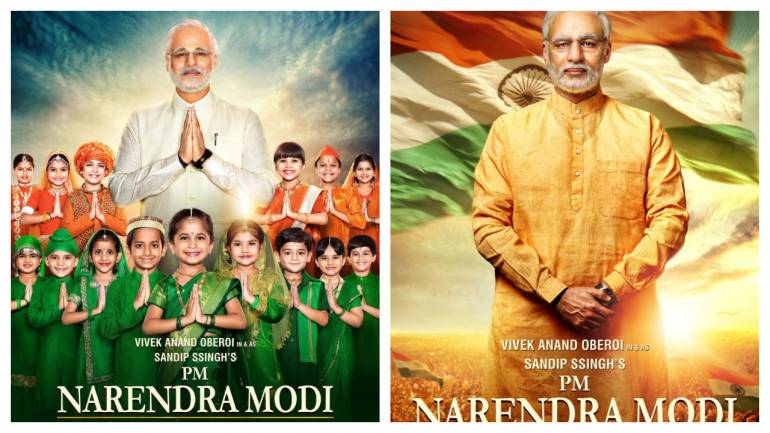 The biopic is likely to earn as much as Rs six to seven crore, which is a significant jump from the earlier expectation of Rs three crore on day one.

CLICK TO READ | India's Most Wanted Review: Arjun Kapoor's Film Cuts to the Chase Minus Thrills 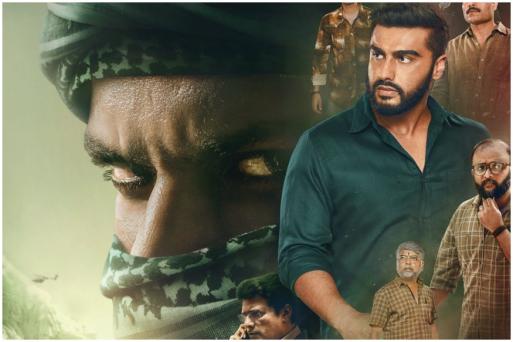 India's Most Wanted does have a good story, but unfortunately, its full potential has not been mined.

Vivek Oberoi reportedly received death threats on Thursday, following which he has been provided police protection. According to the reports, the actor was threatened by Naxalites. As a result, the security around him had to be beefed up on Thursday during a special screening of the Modi biopic, directed by Omung Kumar. The Omkara actor was given police assistance for 24 hours. As counting progressed on May 23, a day before the release date of the Modi biopic, Vivek Oberoi released new posters of the film, which reflected the early signs of Modi's victory in the Lok Sabha Elections 2019. The slogan on the poster, 'Ab Koi Rok Nahi Sakta' was indicative of the fact that the film would finally get a release, as well as the landslide victory of the incumbent government.

India's Most Wanted is an action thriller directed by Raj Kumar Gupta, featuring Arjun Kapoor in the lead role. The film is about tracking a terrorist in a secret mission and arresting him without firing bullets. This film also deals with a journey of Prabhat Kapoor's (played by Arjun Kapoor) life of action adventure.

PM Narendra Modi, directed by Omung Kumar and jointly produced by Suresh Oberoi, Sandip Ssingh, and Anand Pandit is based on the life of Narendra Modi, the 14th Prime Minister of India. The film stars Vivek Oberoi in the titular role.

Along with PM Narendra Modi, Arjun Kapoor starrer India's Most Wanted also hit theatres today. Inspired by true events, the Raj Kumar Gupta directorial unfolds the story of a mission that resulted in the capture of the country's most wanted terrorist, without firing a single bullet.

There's speculation that it is about militant group Indian Mujahideen's founder Yasin Bhatkal, who once topped Delhi Police's list of 15 most wanted terrorists. Bhatkal was arrested from the India-Nepal border after a joint operation by Bihar Police and intelligence agencies in August 2013.