After a nine-year-long hiatus, Pooja Hegde is making a comeback with in Kollywood with Beast.

After a nine-year-long hiatus, Pooja Hegde is making a comeback in Kollywood with Beast.

Pooja Hegde is making a comeback in Kollywood after a nine-year-long hiatus with Beast, directed by Nelson Dhillipkumar and starring the versatile Vijay. According to the latest reports and her Instagram account, the actress jetted off and landed in Mumbai on August 23, wrapping up her Kollywood project in Chennai. 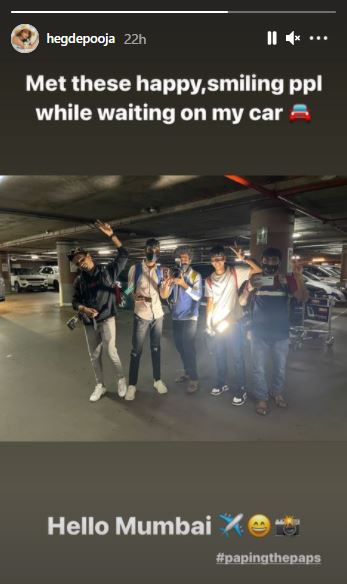 Pooja is a regular on Instagram. Photos of her arriving at the airport wearing a traditional yellow glow, donning a dupatta and juttis, surfaced moments after she arrived at the Mumbai airport.

Talking about her comeback with India Today, Pooja said, “It feels like life has come full circle. I am very excited to act in a Tamil movie after so long and that too with a co-actor like Vijay. He is just brilliant.”

Pooja made her debut with the 2012 film Mugamoodi, written and directed by Mysskin, which was dedicated to Bruce Lee. However, the film couldn’t do well on the screens and garnered average reactions from the audience. Post the movie, she spread her branches into other genres and did movies in Telugu and Hindi, and gained immense appreciation for her work.

She is working on multiple projects and will be seen on screen in Bhaijaan, Cirkus, and Radhe Shyam very soon.