International pop icon Katy Perry, who was in Mumbai for her concert, took to her Instagram to thank filmmaker Karan Johar for a 'warm' Bollywood welcome.

Perry took to her Instagram story and shared a picture of herself with Karan from the star studded party, which was hosted by the latter in honour of the international sensation. "Thanks for the warm welcome," she captioned the image. 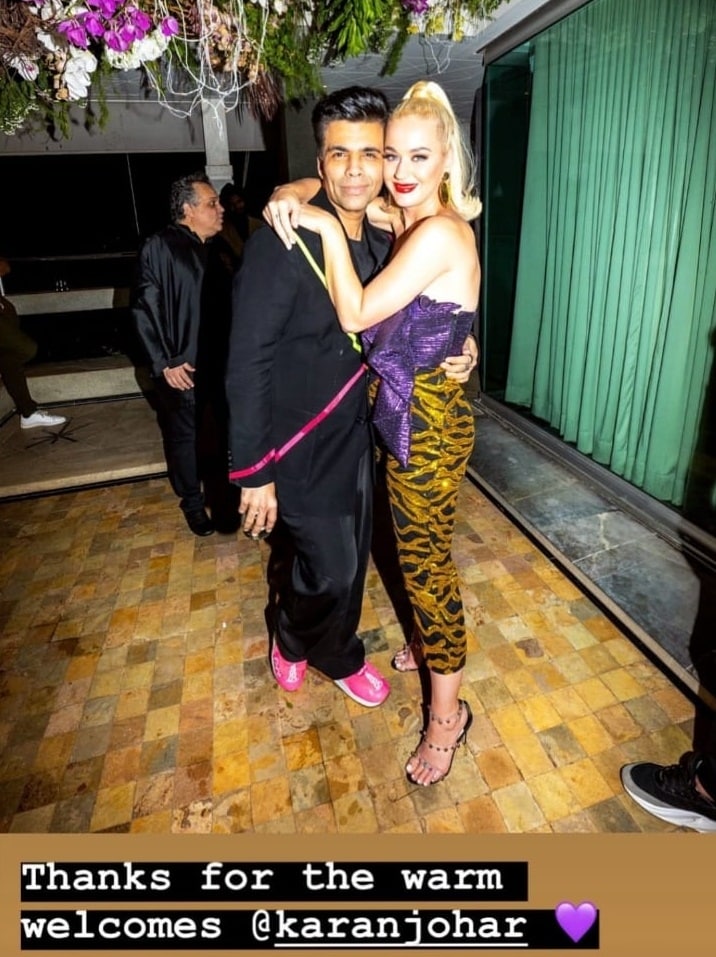 The first edition of the OnePlus Music Festival in Mumbai's DY Patil Stadium was held on November 16, 2019. The grand event consisted of a talented lineup of national and international artists who performed splendidly for the Indian audience. The event was hosted by VJ Bani.

Katy Perry flew back in the wee hours of Sunday.