Priyanka Chopra and Nick Jonas first met during the Met gala event in 2017. They got married last year.

The couple went 'matchy-matchy' in elegant white at the gala, which serves as a fundraising benefit for the Metropolitan Museum of Art in NYC.

Dressed in an avant-garde Dior gown, jewels by Chopard and a dramatic crown, Priyanka’s interpretation of “Camp: Notes on Fashion” stole the show. The actress teamed up her outfit with sparkly silver stilettos. 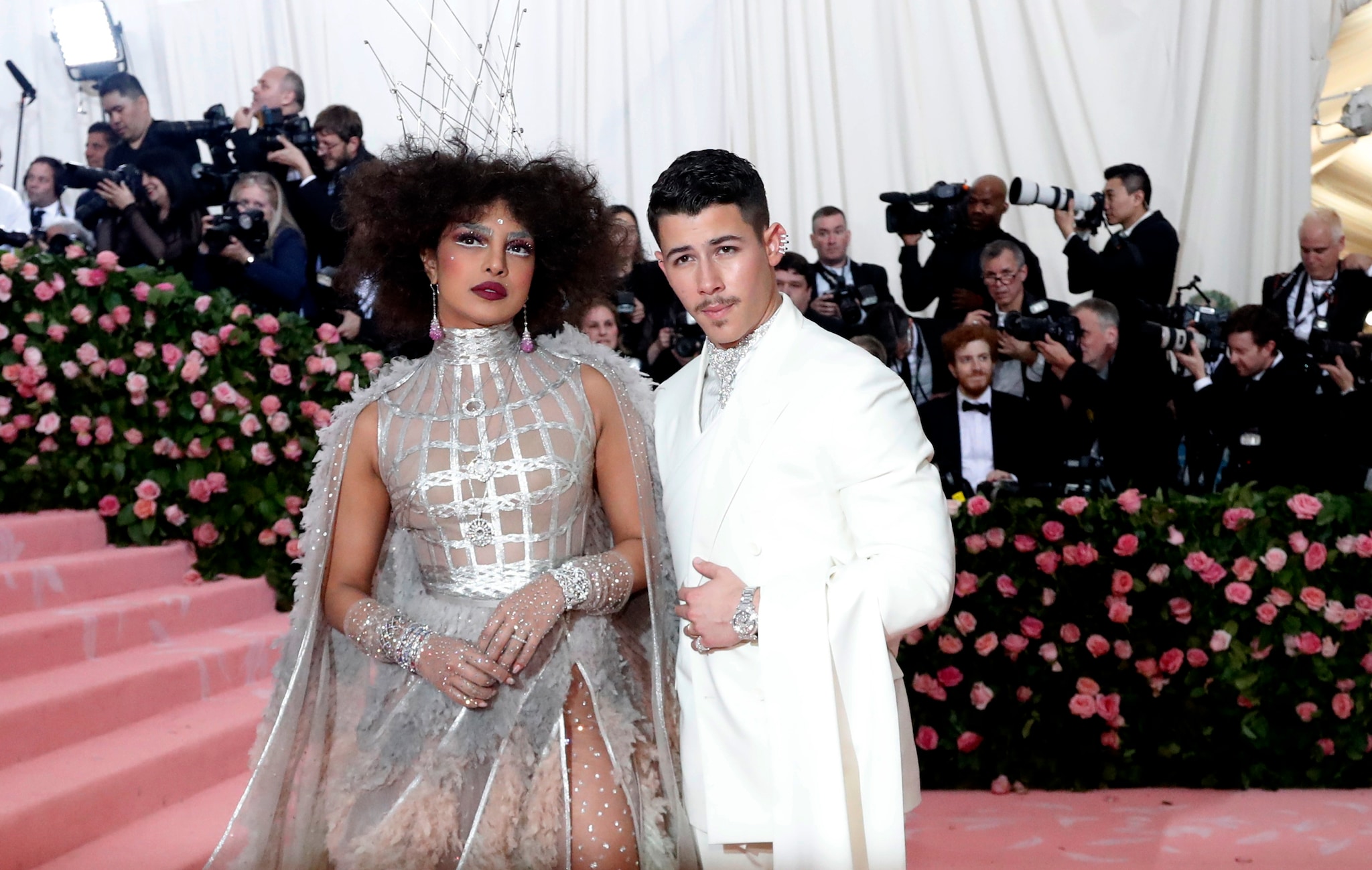 Nick described the special night as a “full circle” moment for the couple a week before the gala. A little over a year before the two began dating in 2018, the actress famously attended the 2017 Met Gala along with Nick. They were both guests of the designer Ralph Lauren, and were also clicked in many pictures as a pair.

Almost a year later, the pair were engaged in July 2018 after two months of dating.

They tied the knot last December with an extravagant wedding celebration that spanned three days in India.

On Sunday, Priyanka shared a series of pictures of her and Nick, 26, from the 2017 ball to her Instagram on Sunday.

"The story I’ll definitely tell our future kids... How I MET your father,' she wrote, adding several red heart emojis.