Following the announcement of Emmy nominations, Priyanka Chopra took to Instagram to share a congratulatory for the nominees, including husband Nick Jonas,

The nominations for the annual Emmy Awards, celebrating the best in television, were announced on Tuesday. Following the announcement, Priyanka Chopra took to Instagram to share a congratulatory for the nominees, including husband Nick Jonas, who show The Voie bagged a nomination in the Reality Competition Program category.

“Congrats to all of this year’s nominees for the incredible work. Excited to see so many dear friends on the list,” she wrote in a post, followed by pictures of some of the nominees. “Yay Nick Jonas,” she wrote over a picture of Nick as he posed with co-judges of The Voice -- John Legend, Kelly Clarkson and Blake Shelton. 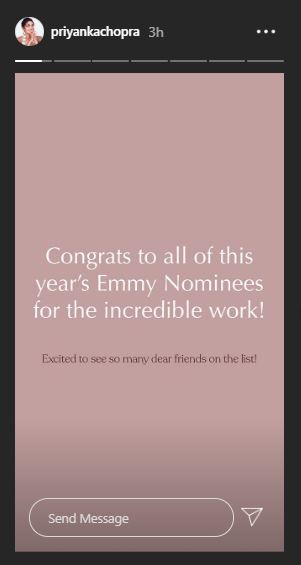 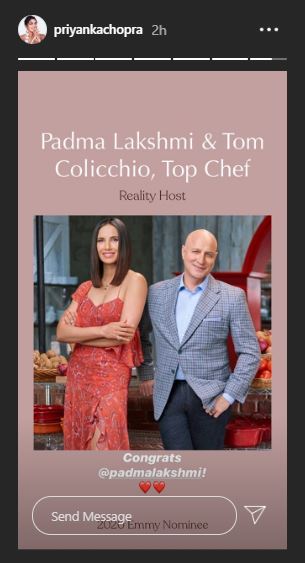 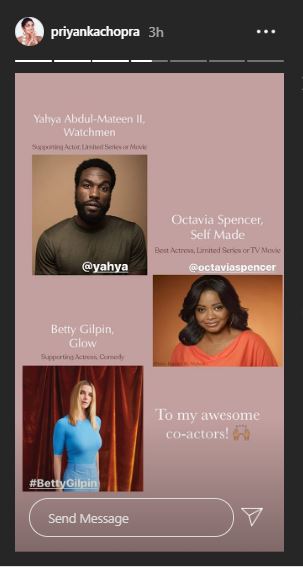 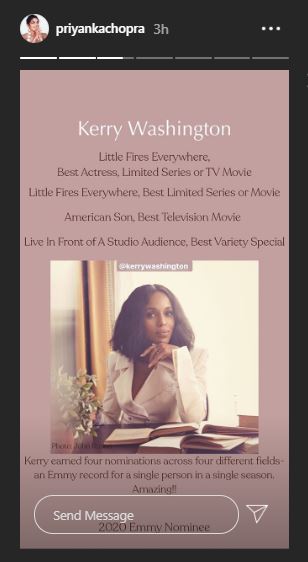 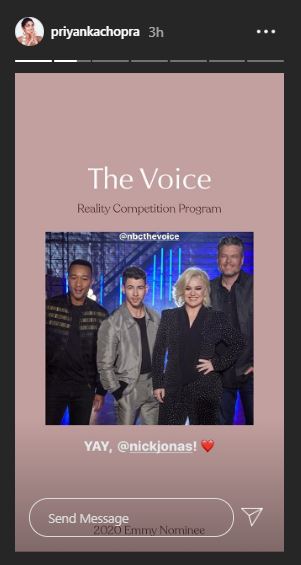 HBO’s dystopian superhero drama “Watchmen” and the 1960s comedy “The Marvelous Mrs. Maisel” on Tuesday led an Emmy nominations list dominated by Netflix and what Variety said was a record number of Black actors.

Netflix led all platforms with a record 160 nominations for shows ranging from “Stranger Things” to “Tiger King.” It was followed by HBO with 107, including a surprise nod for Zendaya, the 23-year-old mixed race star of teen drama “Euphoria.”

“Schitt’s Creek,” the sleeper hit comedy about a wealthy family forced to live in a rundown motel, scored 15 nods, including for best comedy series and its four main cast members.

Jennifer Aniston landed her first Emmy nomination in a dramatic role for her performance as a TV anchor in the Apple TV+ drama “The Morning Show.”

Among the surprises was a best drama series nod and 14 others for “The Mandalorian,” the popular “Star Wars” spinoff on the Disney+ (DIS.N) streaming platform.

The Emmy Awards will be announced at a ceremony on Sept. 20, although it is not clear what form it will take because of the coronavirus pandemic.

(with inputs from Reuters)