Priyanka Chopra used an image of herself from Cannes Film Festival 2019 and morphed it into a pic of Nick Jonas from MTV Video Music Awards. Check it out here.

MTV Video Music Awards turned out to be a big day for the Jonas Brothers. The boy band that reunited after six years post their split won the best pop song for Sucker.

As soon as the award was announced, the boys stood up amidst loud cheers of the excited audience. Joe Jonas and Kevin Jonas celebrated their win by kissing their wives Sophie Turner and Danielle Jonas, respectively.

But, the youngest brother Nick Jonas stood alone smiling awkwardly between the kissing couples as his wife Priyanka missed the show. Nick was even trolled on social media. While some wrote, "Poor Nick," another commented, "Too bad his wife was not present there."

However, being the loyal adorable wife that she is, Priyanka took the viral image of awkward husband and turned it into something that is winning millions of hearts online. Priyanka used an old image of herself from the Cannes Film Festival, and put it intimately with Nick, who appears alone between the two couples.

Alongside the image, Priyanka wrote, "I’m always with you @nickjonas 😜😍Congratulations @jonasbrothers! I’m so proud of all of you! #sucker."

I’m always with you @nickjonas 😜😍Congratulations @jonasbrothers! I’m so proud of all of you! #sucker

Reacting to the geniously photoshopped image posted by Priyanka, one user wrote, "Haters will say it’s photoshop," while another one simply wrote, "crying." 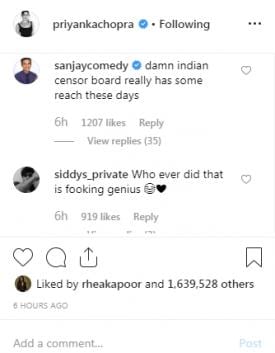 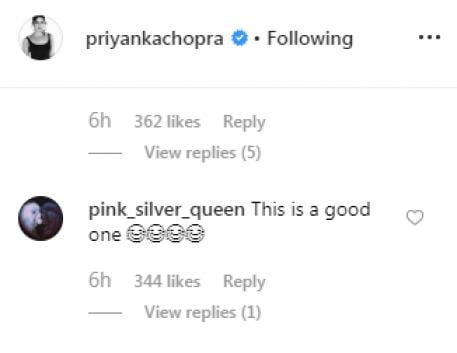 The band performed at the VMAs stage after 11 years and paid tribute to their New Jersey roots with a performance from Asbury Park.