Priyanka Chopra. Shah Rukh Khan and other Bollywood stars who welcomed a baby through surrogacy.

Priyanka Chopra and Nick Jonas revealed they welcomed a baby via surrogacy. Here's a look at other Bollywood stars who had children via a surrogate.

As Priyanka and Nick dive into their new responsibilities, let’s take a look at the list of Bollywood celebrities who became parents through surrogacy.

In November 2021, Preity Zinta took to Instagram to announce that she and her husband Gene Goodenough have welcomed their twins Gia and Jai through surrogacy. She wrote a heartfelt note thanking doctors, nurses and their surrogates. 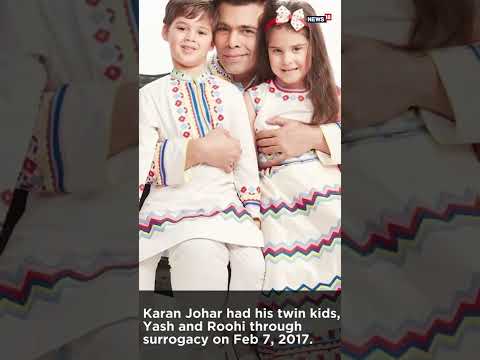 Shilpa Shetty and her husband Raj Kundra announced the birth of their second child, daughter Samisha in 2020. They had revealed that they too opted for surrogacy for childbirth.

Just like Tusshar, Karan Johar too became a proud single parent in 2017. He announced that he has welcomed twins, Yash and Roohi, through a surrogate. The filmmaker often shares posts with his children on Instagram.

Another couple who opted to give birth through surrogacy is Sunny Leone and Daniel Weber. The couple was blessed with twins in 2018. They had adopted a daughter, Nisha, in 2017.

Producer Ekta Kapoor followed the footsteps of her brother Tusshar and welcomed a baby via surrogacy. She welcomed her son Ravie in 2019.

Shreyas Talpade and his wife Deepti were blessed with their first child after 14 years of their marriage, all thanks to surrogacy. They had a baby girl named Aadya in 2018.

King Khan surprised everyone when he and his wife Gauri Khan shared the news of their third child AbRam in 2013. The couple took the recommendation of Sohail Khan and Seema Khan to opt for surrogacy.