Puzzle: After an Endearing Trailer, First Official Poster of Irrfan Khan-Starrer Is Out

Puzzle screened at Sundance to a houseful show and was bought instantly by Sony Pictures for a worldwide release.

Irrfan Khan will soon be seen in Marc Turtletaub’s Puzzle, alongside Scottish actress Kelly Macdonald. The film which is slated for release on July 13, recently had its first trailer released and now the makers have released the official poster of the film. The film is a beautiful relationship between two people who are connected by one important piece that sets in motion a true change. 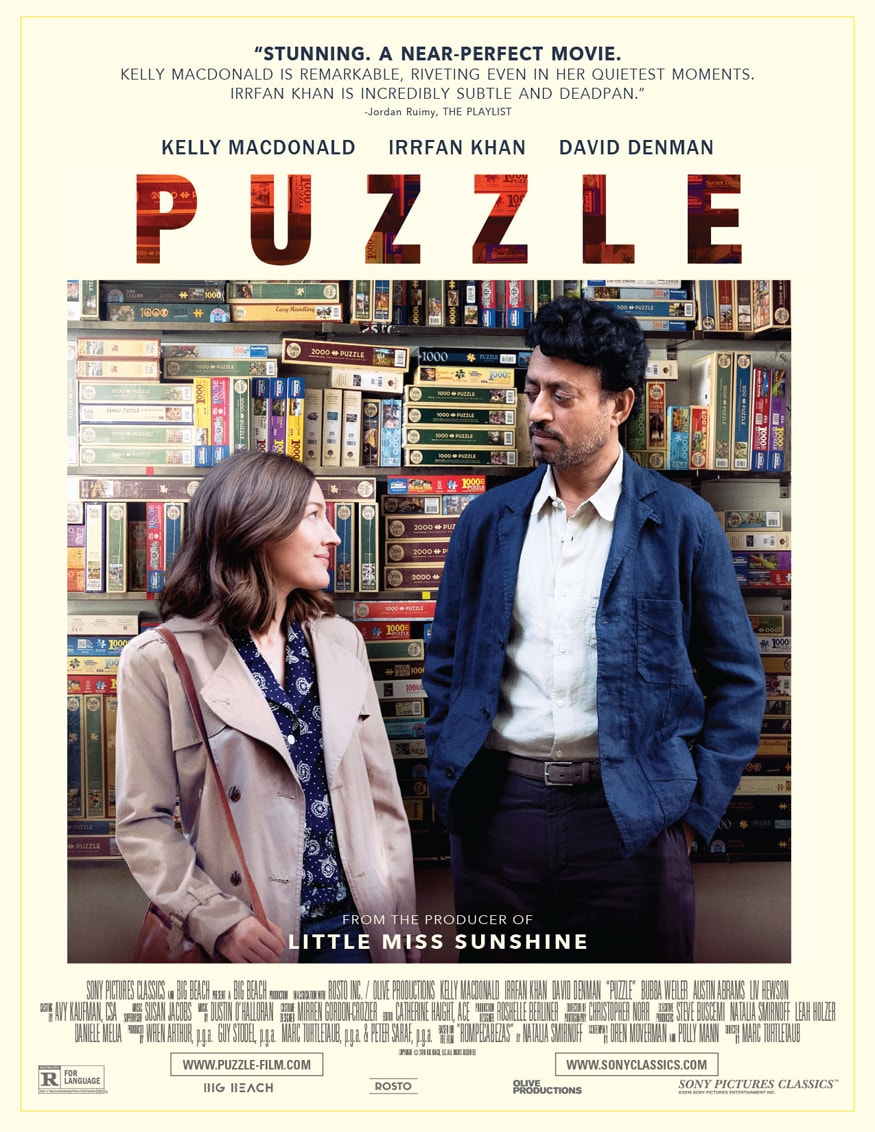 The story revolves around the life of Agnes (MacDonald), a Christian housewife living an ordinary and simple life with her husband and children, until one day when she unwraps a rather unusual present. The jigsaw puzzle takes her to another world where Agnes finds a passion other than following her mundane routine, thereby leading to a lot of resentment from her husband, played by David Denman.

But her life takes a turn when she meets champion puzzler, Robert (Irrfan), who is looking for a partner for a jigsaw puzzle competition.

Puzzle screened at Sundance to a houseful show and was bought instantly by Sony Pictures for a worldwide release.