Qala Review: Triptii Dimri is Pitch Perfect, Babil Khan is Promising in This Musical Tale of Pain and Pathos

Babil Khan and Triptii Dimri in a still from Qala. 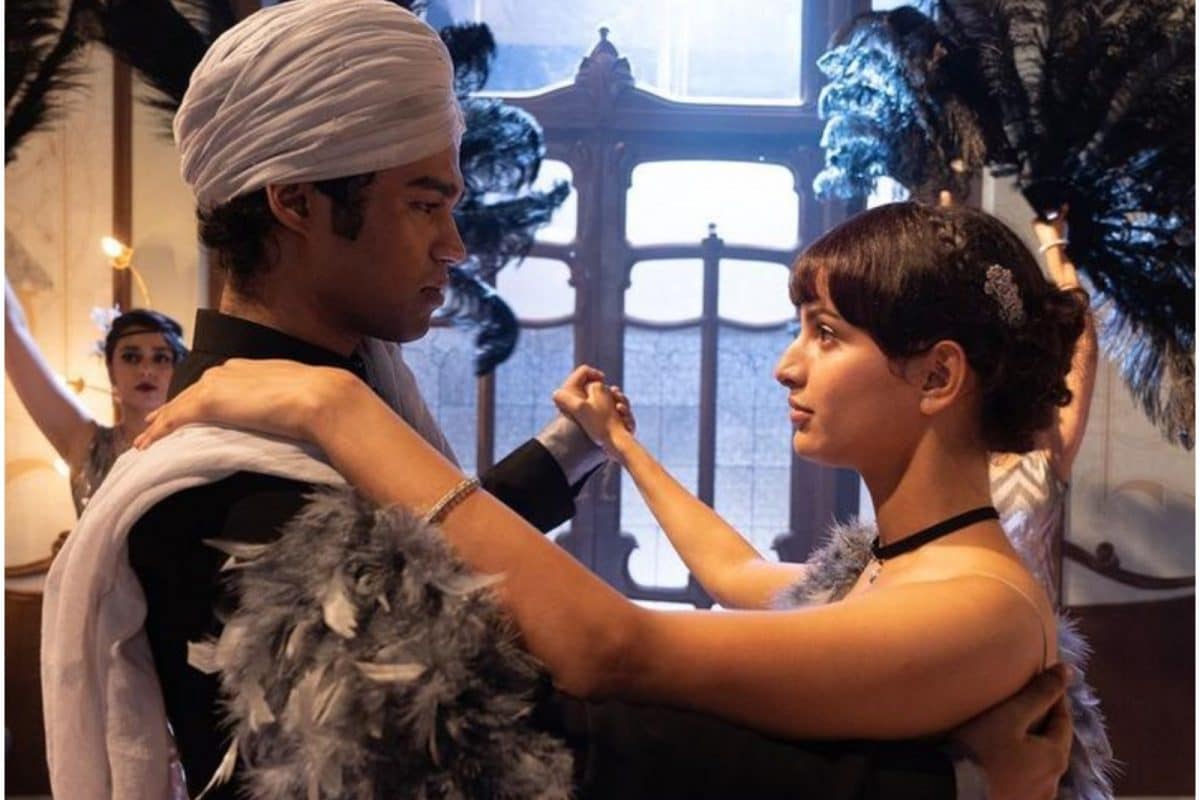 Qala movie review: With remarkable performances by Triptii Dimri, Swastika Mukerjee, and a female director like Anvitaa Dutt, Qala is cinema in all its glory.

There are some stories that resonate with you so deeply that they stay back with you forever. Then, there are some stories that touch a nerve and remind you of your emotional abysses so much that living through them proves to be a cathartic experience. And then, there are some stories that you might not relate to and are truly disturbing but they still leave an indelible impression on you. Filmmaker Anvitaa Dutt’s Qala belongs to the third set; it haunts you. Very rarely do you come across a film that’s not just technically rich but also emotionally compelling. The film is painful and beautiful, disturbing and pacifying, and chaotic and yet daintily put together like a beautiful bouquet of roses.

Behind the blinding glitz, glam, and glory, the film industry (or the music industry, in this case) isn’t an easy realm to thrive in. It is scuttled with egos bigger than extravagant symphony orchestras and insecurities that can hurt more than a piercing falsetto.

Qala themes on all this and more. At its heart, it’s a story of a mother and a daughter. Qala’s – the protagonist – insecurities begin at home when her mother, Urmila, who she tries hard to please and make proud, brings in an orphan named Jagan after he wins her over with his vocal prowess at a classical music concert. Qala aspires to make a name for herself as one of the greatest musicians to win her mother’s love but Urmila seems rather indifferent and sometimes even disdainful. Qala’s envy towards her adopted ‘brother’, desperate desire to be her mother’s favourite, and tussling with the voices of doubt within her mind create a sadistically beautiful interplay and forms the rest of the narrative.

In 2020, Anvitaa and actor Triptii Dimri, who seems to have become the maker’s muse, collaborated for the first time on a supernatural drama, Bulbbul. Set against the backdrop of West Bengal in the 1880s, it was widely lauded for creating a world that is visually breathtaking but emotionally wrecking. It was also praised for its female protagonist, a docile and beautiful young woman, who eventually makes sure that things go her way even if it requires her to defy the virtuous qualities attributed to a woman. Qala is no different but we aren’t complaining.

Qala, like Bulbbul, is a fine piece of literature. While the 2020 film is themed on divine vengeance, the musical period drama uses poetic justice. It may be compared to a vintage novel that smells of smoked wood or even a stunning painting washed with tons of muted and gloomy tones. Minutes into the film, you might find yourself questioning. ‘Why do they dress up so outlandish?’ Or, ‘Why do they speak in a way as if Hinglish was fashionable even in the 1930s and the 1940s?’

But soon, you will be seduced into the world of Qala. And a big chunk of the credit goes to production designer Meenal Agarwal and art director Ramesh Yadav. They create a world so poetically rich and so subtly opulent that each frame and shot looks like a dream sequence. This, among many others, is the reason you don’t mind the languorous pace of the narrative. Anvitaa makes use of slow and long shots to make sure that Qala’s pain pains you too. The aplenty and masterful use of chiaroscuro is noteworthy as it aptly conveys the confusion and conflict in Qala’s mind.

The film also addresses some serious mental health issues without the director forcefully trying to make a statement just to cater to the pop culture-dependent young audience much like most shows and films of today. Though disconcerting and dark, it forms the foundation of the narrative and is skillfully woven into it.

In Qala, the women are not perfect and might even be conniving. But that’s perhaps the perk of having a woman filmmaker and writer helming and creating a story. She proves, rather inadvertently, that not all mother-daughter relationships need to be by the book, not all women need to sacrifice their aspirations to not create chaos and not all women need to be the quintessential shapeshifter.

Composer Amit Trivedi’s music is yet another element that stays back with you. At a time when remakes and recreations, popularly known as musical makeovers, are in vogue, he puts together some stunning pieces that is sure to tug at any music lover’s heartstrings. While Ghodey Pe Sawaar, which talks about a young woman smitten by her lover, is a perfect ode to the golden era of Bollywood music, the soulful Phero Na Najariya penned by lyricist Kausar Munir leaves you overwhelmed. The raspy Nirbhau Nirvair, the lilting Rubaaiyaan, Shauq and Udh Jayega also deserve a mention. For a film that revolves around music, these symphonies are sheer delight. Kudos to Anvitaa for making them look so sublime, so magnificent!

Triptii delivers another stellar act in and as Qala. She brings a rare combination of vulnerability, strength, ambition and tepidness like a seasoned artiste. A film like this needs an actor par excellence to bring it to life and Triptii seems to be the right fit. She’s beautiful and lights up the melancholic frames with her contained effervescence. With Laila Majnu, Bulbbul, and now Qala, she has surely proved her mettle and might just be Bollywood’s next big thing if her talent is explored justly.

Swastika Mukherjee as Urmila is remarkable. Having carved a niche for herself in the Bangla film industry now is her time to shine bright in Hindi cinema. She’s a powerhouse performer and truly raises the bar for herself with her act in Qala. Urmila is not your regular, loving, and doting mother. She’s disdainful, cold, and full of restraint and leaves no opportunity to belittle her daughter. And Swastika plays the part brilliantly.

Babil Khan, in his debut performance, wins your heart. His portrayal of Jagan will fill you with empathy and compassion. You keep rooting for him. He brings forth the rawness of a naïve actor and the skillfulness of an experienced performer. What a solid and promising debut!

Qala also marks the acting debut of writer Varun Grover. He seems comfortable with this role before the camera and is quite impressive. Amit Sial and Samir Kochhar are stupendous as well.