Media reports have been abuzz with speculations around Rajeev Sen’s split with his wife Charu Asopa. However, recent social media upload by the actor states otherwise.

For the last week, media reports have been abuzz with speculations around Rajeev Sen's split with his wife Charu Asopa. However, a recent social media upload by Sushmita Sen’s brother could tell otherwise.

Rajeev on Tuesday took to his Instagram stories to post a screenshot as he joined Mere Angne Mein actress Charu over a video call. One could see Charu and Rajeev smiling in the picture and the former’s hands had mehendi on it. 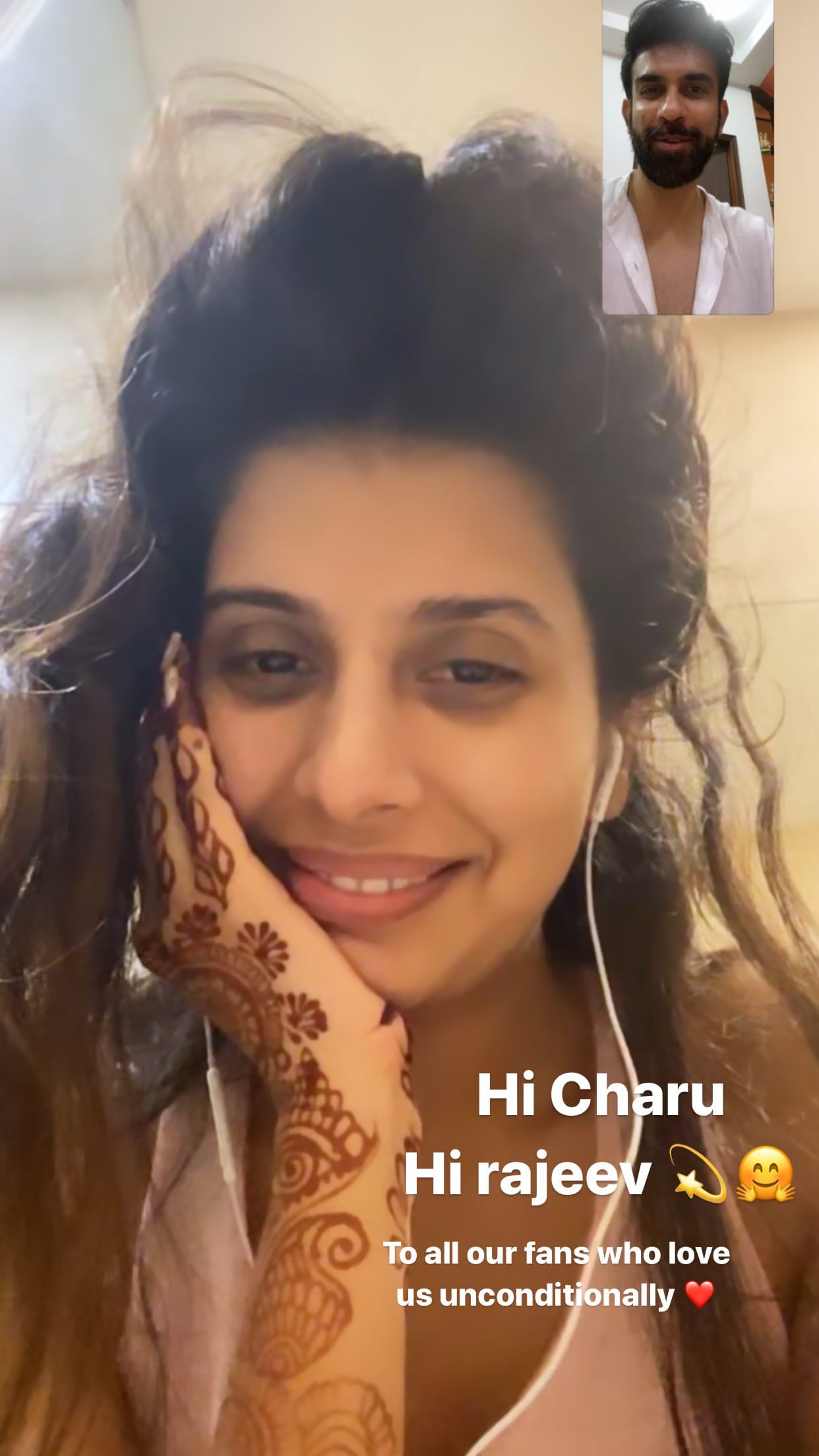 Rumours about troubles in the couple's marital life began when Charu dropped Rajeev's last name from her social media handles. Soon after, both of them took down each other's pictures from their respective social media accounts and that added fuel to the fire.

It was earlier reported that Rajeev moved out of their marital residence in Mumbai following a spat. Charu claimed that Rajeev flew to Delhi months before their first wedding anniversary. Rajeev had refuted the statement asserting he never moved out and that someone could be brainwashing Charu into believing so. Both Rajeev and Charu have neither confirmed their split nor reconciliation.

Rajeev and Charu got hitched in a dreamy wedding ceremony on June 7, last year after dating each other for a few months. The couple entered wedlock in a white wedding ceremony held in Goa followed by another ceremony where they exchanged vows within Bengali traditions and customs.