Actor Ranbir Kapoor and Alia Bhatt will be seen together for the first time in Ayan Mukherji's upcoming film Brahmastra.

Ranbir Kapoor and Alia Bhatt are inseparable! From attending B-town parties to accompanying each other to the doctor, the two are giving major relationship goals to their fans.

Ranbir Kapoor and Alia Bhatt are inseparable! From attending B-town parties to accompanying each other to the doctor, the two are giving major relationship goals to their fans.

On Tuesday, the couple was spotted outside a Juhu clinic. Reportedly, the two came there for Alia's minor injury. In the pictures and videos, we can Ranbir escorting Alia to the doctor as the latter limps because of the injured feet.

An injured #aliabhatt post doctor’s visit with #ranbirkapoor being around her #takecare #getwellsoon #instadaily @manav.manglani 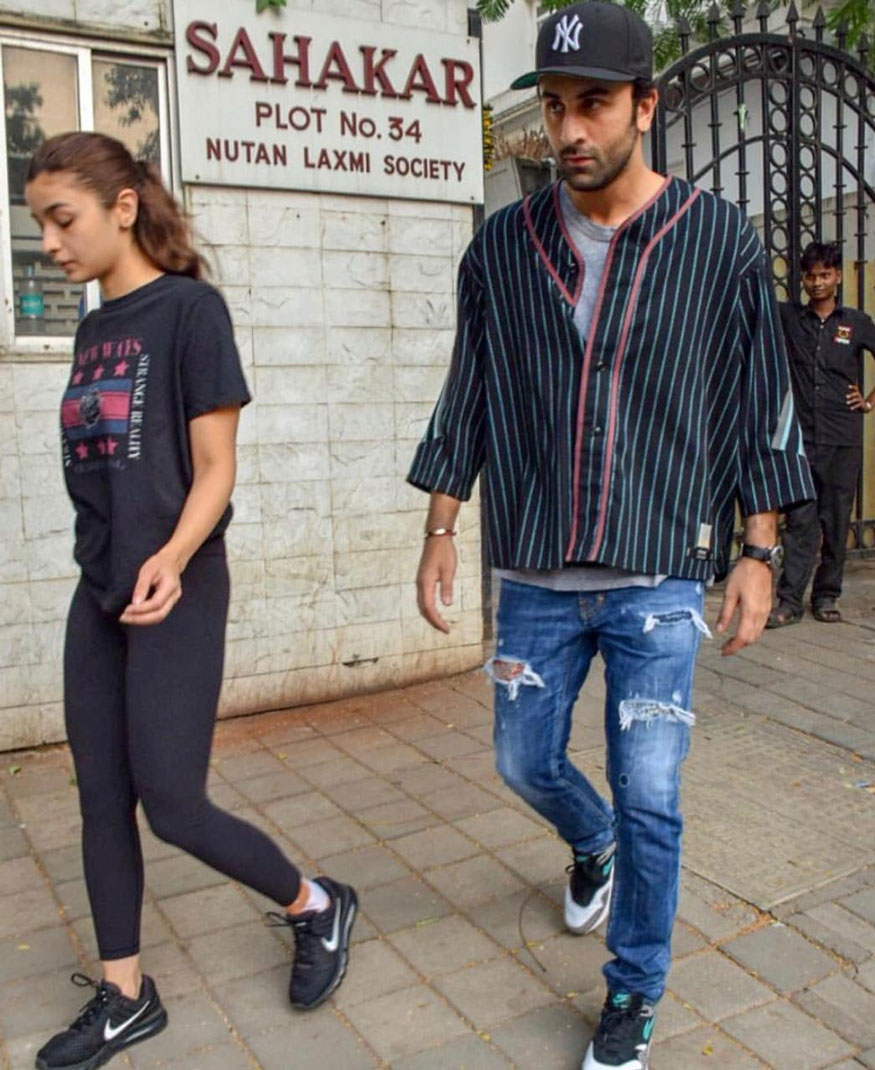 Earlier, a picture from the sets of their upcoming film Brahmastra started making rounds on the internet. In the picture, Alia looks upset for some reason, while Ranbir seems lost in his phone.

It is believed that the two bonded with each other while shooting Ayan Mukerji's film. The two have also been meeting each other’s family for quite some time now. On Ranbir's birthday, Alia's mother Soni Razdan joined Neetu and other members of the Kapoor family for the celebrations.

Ranbir talked about his relationship in an interview with GQ. He said, "It’s really new right now, and I don’t want to over speak. It needs time to breathe and it needs space. As an actor, as a person, Alia is – what’s the right word? – flowing right now. It’s new for us, so let it cook a bit."

Likewise, Alia admitted that she's dating Ranbir on the first episode of Koffee With Karan Season 6.

On the professional front, Alia Bhatt has Gully Boy with Ranveer Singh, Kalank with Varun Dhawan and Sadak 2 in the pipeline. Ranbir is yet to announce his next project after Brahmastra.